Can we conserve biodiversity without taxonomists?

While in the 19th and 20th centuries taxonomic studies helped in assessing biodiversity, the trend changed with the advent of exciting branches of modern science 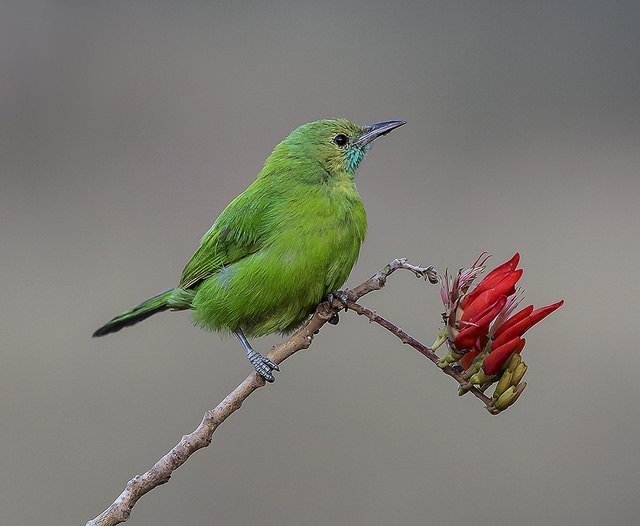 Life on Earth, a BBC TV series on biodiversity, was filmed in 10 hours by English naturalist David Attenborough. The diversity of life seemed chaotic till a logical system of classification and naming was initiated by Swedish physician and naturalist Carolus Linnaeus (1707-1778).

It was Linneaus who first published his “systema naturalae” and founded the base for the science of taxonomy. During past 238 years the “system of taxonomic classification” remains globally an accepted phenomenon, barring some changes in higher classification of taxa.

Scientists believe that only 10 per cent of all living species have been recorded named, especially in the cases of animals without backbones or invertebrates.

While in the 19th and 20th centuries taxonomic studies helped in assessment of the world’s biodiversity, sadly the trend changed with the advent of more exciting branches of modern science like molecular biology. With this, the study and research into taxonomy are being increasingly neglected.

Interestingly, the fact that global biodiversity continues to sustain human society during its entire cycle of life was first recognised in the UN Conference on Environment and Development (UNCED) in Rio de Janeiro in June 1992.

The historic “Convention on Biological Diversity (CBD)” was adopted during that time and now it has 195 countries and the European Union as its members.

All UN members except the US have ratified the CBD.

For the first time, the convention declared that the biological resources of a country is its sovereign right and each member country can demand prior informed consent (from the provider country) and insist on a benefit-sharing mechanism if the resource is value added and commercialised.

All member countries, especially those with mega biodiversity, now have the tough job to document their species’ resource base from invisible virus and bacteria to mammals.

While vertebrates have been fairly explored, as pointed out in the Global Assessment Report of 1993, invertebrates, especially insects, remain much to be worked upon.

However, at such a critical time, taxonomists are sadly missing from the scene.

In India, the biggest taxonomic institutes—the Botanical Survey of India (established 1890) and the Zoological Survey of India (established 1916) have reportedly 40 per cent positions lying vacant. One may wonder why taxonomy has never been declared a thrust area” of study by the Union Grants Comission, the environment ministry and other major funding agencies (DST, DBT, ICAR, ICMR etc). One may also ask why these institutes do not offer projects to support taxonomist studies in unexplored geographical areas of the country.

The country has a wonderful collection of plants and animals in national institutes. It has back-up research centres across the country, but money and mission are of no use without trained manpower.

On the centenary of the Zoological Survey of India in 2016, and after 125 years of the Botanical Survey of India's existence, can we expect our country to provide massive support to taxonomic research to reveal the unknown bio resources with such diverse ecosystems and landscape?

One has to act now before land use and land cover changes lead to extinction of yet-to-be recorded species in a mad rush to reach higher Gross Domestic Product (GDP).

Biodiversity has sustained life throughout. From the days of the hunters and the gatherers to the 21st century, it has provided raw materials or value-added products for food, clothes, transport, energy and numerous other things. Even today, 70 per cent of modern medicine depends on bio resource as raw materials.

Once the Government of India appreciates the need to have brilliant taxonomists, who may often help to open the Pandora’s Box for future economic development, the country can look forward to use “bio dollars” through international trade, but it is missing the chance as without taxonomists, it will never be possible to do so.