Is apple really good for the Himalayas?

Apple is the major crop in hills, but its role as a water guzzler or spread of orchards at the cost of nature is rarely discussed 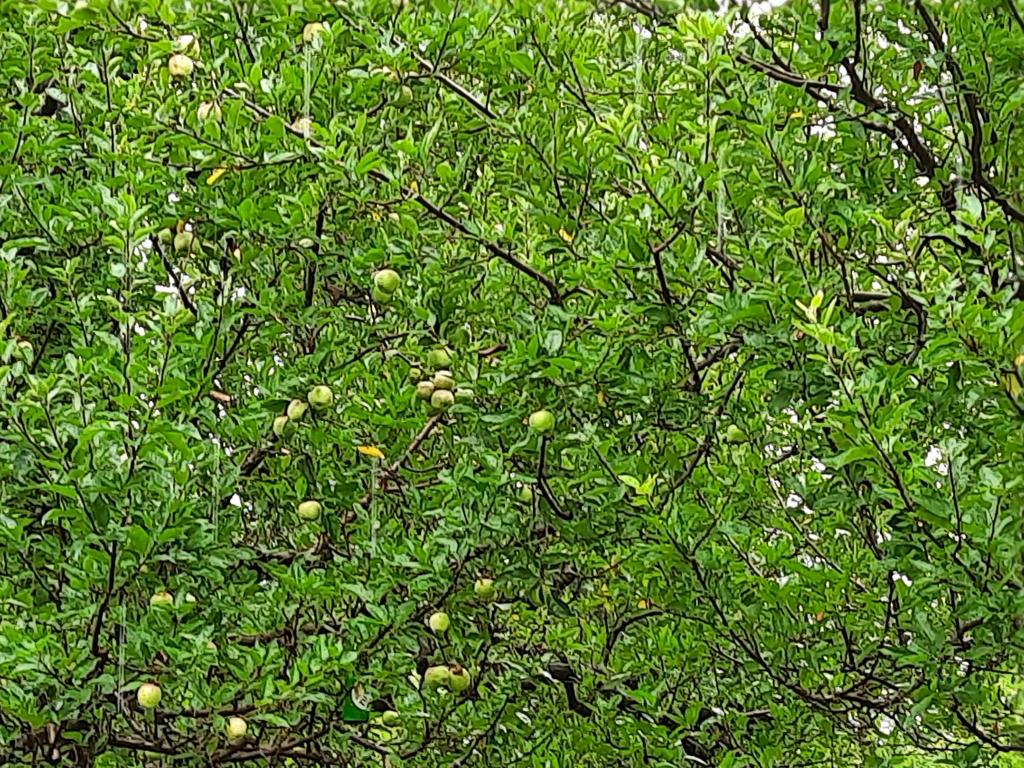 When exotic flora is introduced to new landscapes, the impacts could range from rarely-conducive to often-highly destructive. This was seen in the case of Lantana camara, which spread profusely in many Indian jungles, often stifling native vegetation and many more examples throughout the world.

Then there is apple. As much a part of the hill culture of Himachal and Uttarakhand as the tall mountains and swift rivers, apple is now identified as critical to the well-being of the hill states.

It is counted as one of mainstay crops of the Himalayas along with other temperate fruits such as peach, apricot, pear and walnut and is a key produce.

All apples were not exotic to India as Kashmiri farmers traditionally raised apple plantations for small-scale production. But, just as the British influence stamped its presence over many aspects of Indian life, apple became a signature legacy of the British in the Himalayas.

Attracted as they were to the hills, the British slowly extended their dominion over much of Kumaon, Garhwal and other parts of Himachal. Thrilled at the cool climate and living in comparative isolation, Britishers across the Raj sought to replicate their homelands and brought in apple for their kitchen gardens in Himachal and Uttarakhand.

Three distinct apple growing regions were developed in the hills. The first was in the Nainital district of Kumaon, where missionaries established an orchard in the 1850s. Soon, orchards spread to the Almora region as well and spread over many temperate parts of Kumaon.

Yet, it is the unique story of FE Wilson that provides a distinct identity to Uttarakhandi apples just as the American Samuel Stokes spread apple to the hills of Himachal.

FE Wilson, or Wilson Sahab as he is popularly known, leased land from the raja of Tehri in 1859 and planted them in Harsil, above the town of Uttarkashi. He changed the local economy with his experiments, married into the local community and established a legend so pervasive that villagers in the upper reaches of Uttarkashi still refer to Wilson Sahab and his many adventures in the first person.

Everyone in Uttarkashi knows Wilson sahib personally and still swear by the quality of the Wilson variety of apple.

The story of Apple in Himachal is equally fascinating for the Satyanand stock planted in Thanedaar by Samuel Stokes revolutionised the economy of the hill state and forever changed the subsistence economy of the region.

An American by birth, Samuel Stokes is as much a part of Himachali folklore as Wilson sahab is in Uttarakhand: There are stories of him becoming desi (Indian) and converting to Hinduism and working for the development of his people in upper Himachal. 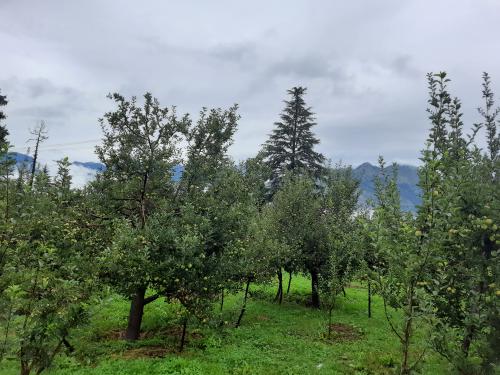 Apple, though not native, has become an integral part of the local hill communities. There is a decade-old method for rearing the fruit.

Apple orchards require intense labour and almost continual care. They are prone to the vagaries of the nature, are the favourite of monkeys and birds and are vulnerable to extreme frost. Farmers need to be aware of modern grafting techniques, arrange for sufficient organic manure and be vigilant against insect attacks.

An apple tree requires as much care as a newborn child. An apple crop initially absorbs heat and then it requires lots of rains for it to flourish. Rains lead to an increase in size and kickstarts the development of the natural red colour typical of most trees.

Above all, it requires a thick layer of snow to enhance its growth and kill insects.

A single tree, when taken care of, produces up to 20-30 boxes of 30-35 apples and provides significant income to marginal farmers as well. The same apple, when auctioned to the wholesale market, has morphed into an extravagantly expensive fruit of today.

Many apple orchards in regions above Shimla need thousands of workers from Nepal, who take pick apples, clean them, assemble the production and grade them as per size and quality.

These workers work diligently, while they grow crops in small homesteads, raise cows while they work in the fields of their hill brethren.

A local employed in the plains returning home every few months in Dofda said: “Apples have helped stem the flow of migration and brought prosperity to our hills.”

Yet, the sheer cost of introducing apples has been felt acutely in the ecology of the hills. Thanedaar in Himachal, which was the ground zero of a successful apple industry, has seen productivity dip, infused as it is with high doses of chemicals.

The environmental impact of a lucrative crop in close proximity to forests has had had an impact on the biodiversity of the region. Migrant labourers staying in temporary settlements in apple-growing areas depend on nearby regions for firewood.

A visitor to apple-rich areas is likely to encounter a long procession of labour carrying headloads to their homesteads. Many locals admit they overlook the degradation of the nearby forests as the economic incentive of sustaining experienced labour overshadows any environmental cost.

An estimate made as early as 1993 estimated that hundreds of hectares of pristine oak forests in Central Himalayas will be stripped for conversion into apple orchards.

Similar studies lay bare the unsustainable use of land resources as a result of apple proliferation. Yet, the improbable profits that Apple continues to offer in a good year far outstrips the environmental cost of land degradation and encourages most of upper Himachal and many parts of Uttarakhand to steadily extend land under apple farming.

As most cultivable land is brought under apple and growth in annual production becomes a government led mandate, most intellectual discourse around apple cultivation is limited to falling productivity rates because of extreme climate events like declining snow, unseasonal rains and an increase in temperature.

Apple’s role as a water guzzler or the spread of orchards at the cost of pristine nature is rarely discussed.

Will the proliferation of unsustainable horticultural practice add to the woes of the fragile Himalayas? Or will local stakeholders pause to answer immediate questions of firewood collection, encroachments and degradation of the hills?

Or will they continue to harvest apples at the cost of their lands?