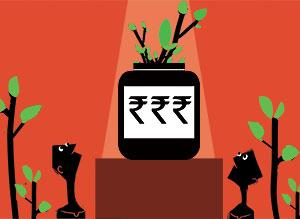 His is not the first company to have baulked at sharing the benefits that have accrued from access to the country’s rich and manifold biological resources. Dozens of small and medium companies have also challenged the demand from state biodiversity authorities that they pay a fraction of their revenues for the benefit of local communities who have conserved these biological resources over time, sometimes, for aeons. However, the decision by yoga teacher Ramdev’s behemoth Patanjali Yog Peeth to reject the demand that it give a tiny percentage of its humongous revenues to the local community since it is a domestic enterprise and not a foreign company means the issue has been joined in a serious manner.

There are political overtones to the issue since the BJP is determined to promote indigenous systems of medicine and has made AYUSH a full-fledged ministry from a department in the Ministry of Health & Family Welfare earlier. Besides, Ramdev is close to the ruling BJP’s power centre and is one of its star campaigners and enjoys a clear leeway in most matters.

For several years now claims of state biodiversity boards (SBBs) for benefit-sharing have landed in the high courts of several states where dynamic—critics would term them overenthusiastic—boards have been issuing notices to a range of commercial enterprises to pay a kind of royalty on the biological resources they have been using to turn a neat profit. The prime beneficiaries, in their view, are pharmaceutical and food companies which have been making a killing by offering ayurvedic and herbal products in the market. No company has been as much in the spotlight as Ramdev’s Patanjali Ayurved for its explosive growth. A Bloomberg report of May 4 said the revival of traditional ayurvedic products is eating into revenues of multinational consumer giants, Colgate-Palmolive and Unilever. Patanjali Ayurved’s sales of $1 billion in 2017-18, it claimed, had surpassed the revenues of Colgate-Palmolive’s local unit.

Legal experts say Patanjali and Dabur, another major player in this segment, along with a host of smaller companies are shielding themselves from benefit-sharing because of the ambiguity in the law. For domestic companies, the critical law is Section 7 of the Biological Diversity Act which states that “prior intimation” to SBBs is mandatory for obtaining biological resource for certain purposes. Only local people and communities and traditional doctors who have been practising indigenous medicine are exempt from this requirement.

Anyone who flouts the law or abets its contravention faces a jail term and/or fine. However, companies are arguing that prior intimation does not imply prior permission, and as such the requirement of benefit-sharing is only for foreign entities as clearly stated in Section 3.

The logic for benefit-sharing is simple. Since corporate entities are using biological resources for commercial gain, it was deemed only fair that some of the money should flow back to the people who safeguard them. This is a core principle of the Convention on Biological Diversity, the 1993 global treaty which was an attempt to preserve the world’s dwindling and endangered biodiversity. This principle was brought into sharper focus in a subsequent protocol signed in Nagoya as the access and benefit-sharing or ABS agreement.

In a study of such cases in 2016, legal researchers and policy analysts Shalini Bhutani and Kanchi Kohli found ABS topped the list of contested issue under the Biodiversity Act. It also goes “to show that those with the resources are able to pursue litigation to safeguard their interests”. If companies such as Patanjali and Dabur can convince the courts that Indian companies are exempt from ABS, it will call for a relook at the Biodiversity Act. But whether this government would want to tighten the rules for domestic players seems rather unlikely.

(This article was first published in the 1-15th June issue under the headline 'The baba and biodiversity booty').