‘There are less than 8 Great Indian Bustards in Maharashtra’

We, a team of Wildlife Institute of India (WII) scientists, reached this sobering conclusion recently after conducting a complex and statistically-intensive survey in the state 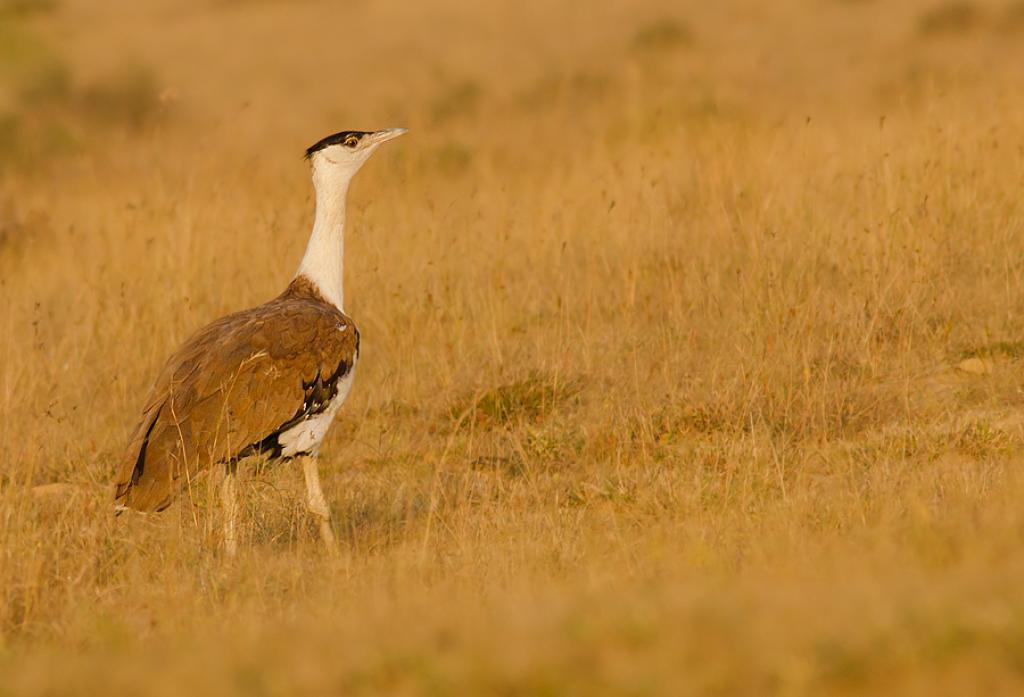 The Great Indian Bustard (GIB) is a magnificent, large flying bird and was previously found throughout India and parts of Pakistan. In India, it was distributed throughout the grasslands of North India and the Deccan landscape, but in the last three decades, there has been a drastic change in its former range. Only about 250 individuals survive today in India, with no breeding range outside India (Dutta et al., 2011). The largest population of 100-150 birds is found in the state of Rajasthan (Rahmani, 2006) followed by less than 35 individuals in the states of Gujarat, Madhya Pradesh, Maharashtra and Andhra Pradesh (BirdLife International, 2015). The GIB is listed under Schedule I of the Wildlife (Protection) Act, 1972, and listed as “Endangered” or an Appendix I species of CITES.

As a part of the project titled “Tracking of Great Indian Bustard (Ardeotis nigriceps) and mapping its potential habitat across the Deccan Landscape, Maharashtra” funded by the Forest Department, Government of Maharashtra, we, a team of researchers from the Wildlife Institute of India (WII), Dehradun, fitted three GIBs with GPS transmitters and their movement was tracked for one year. The tracking data has helped in identifying suitable areas for GIB conservation beyond the protected area system in Maharashtra. In order to ascertain the status of GIB and its potential habitat in Maharashtra, a landscape level survey was conducted in September, 2017, in collaboration with the Maharashtra Forest Department.

The GIB is nomadic in nature and uses large areas without distinguished boundaries, and therefore, requires a robust sampling method to evaluate its status and distribution. Since the present status of the GIB is not known beyond the designated bustard areas, a probability distribution map for GIB covering an area of 55,000 sq km was developed through probability distribution modeling (Phillips et al., 2006) using locations of tagged GIBs across the landscape to survey potential GIB habitat in Maharashtra.

This survey revealed the status of GIB, Blackbuck and Chinkara in potential GIB habitat which is mostly in a human-dominated landscape of Maharashtra. A systematic survey was conducted in 372 grids of 12 x12 km across the state. Vehicle-based species and habitat surveys were conducted from September 25-30, 2017, by 31 teams (1 researcher, 1-2 volunteers and 2-3 forest officials). Grids were surveyed along road trails of 3.03 ± 1.74 km length (single continuous or multiple broken transects) in a slow moving (10-20 km/hr) vehicle. At every 1 km interval along the transect, habitat characteristics that potentially influence species distribution were recorded. To overcome the issue of low detection owing to very low population size and their ecology, a blind test using life-size GIB dummies was conducted to know the possibility of detection in sampling grids by the sampling team. The dummies placed in the sampling grids were put there by a separate team. The sampling team was unaware of the location of the dummy GIB.

Questionnaire surveys were conducted by opportunistically interviewing up to three residents per grid with a semi-structured questionnaire. Respondents were asked whether they knew or could identify the bird, and about reports or sightings of GIB in their vicinity. Information about the occurrence of associated species from these areas was also collected.

During the survey, no GIB was sighted. However, out of 1,401 respondents, 72 confirmed GIB presence in their area within the last 4 days to 6 months. We used this information along with locations of tagged birds in Maharashtra to identify 87 out of 372 grids as conservation priority areas for GIB. These grids constituted 11 clusters spread across 12 forest divisions of Maharashtra covering an area of 12,528 sq km dominated by kharif crops and open areas.

Out of the 30 GIB dummies placed, only 4 were detected by the respective sampling teams. The detection probability was found to be 13 per cent which is within the range of previous studies (Rahmani, 1986). Power analysis on detection probability (13 per cent) and occupancy (8.06 per cent) of dummy life-sized GIB showed that 8 replicates required in 180 grids of detecting 53 per cent change in occupancy. This would mean that, if the population of GIB ranges from 8 to 10, there is a chance of detecting one GIB with a minimum sampling effort of 8 temporal replicates for each transect considering that detection probability of dummy GIB and live GIB are the same. During the survey, no GIB was sighted, which implies that the number of GIB might be less than 8 in Maharashtra.

Eleven clusters in 12 forest divisions have been identified important for GIB conservation in the state of Maharashtra. Most of these areas are dominated by kharif crops (sorghum, peanut, groundnut, seed oils), preferred by GIB as foraging grounds. In our report, we make the following recommendations on the basis of the findings of the landscape level GIB survey for conservation of GIB in the state: