Shortage of antiretroviral drugs and lack of diagnosis is not new in India, but government does not admit to the crisis 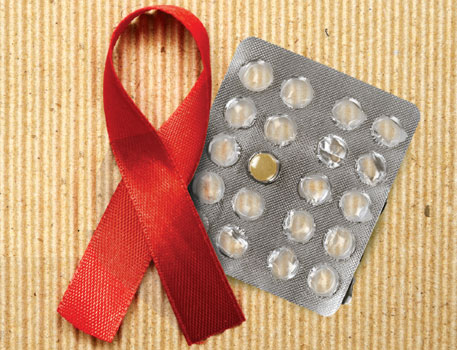 The fight against HIV/AIDS in India is becoming tougher by the day as patients continue to face an acute shortage of antiretroviral drugs. This is an alarming situation for a country with the third-highest number of HIV+ people in the world—2.1 million. In 2012, about 140,000 people in India died of AIDS. Such is the demand-supply crisis that the government of a country which is the biggest producer of HIV drugs has been compelled to seek the help of humanitarian organisations like Médecins Sans Frontières (MSF) to provide medicines.

According to the latest data of the National AIDS Control Organisation (NACO), published on its website on October 16, the stock of nevarapine, an antiretroviral drug administered to adults, was available only for three days in Karnataka. The stock of the same drug in Chandigarh and Haryana was hardly enough for 20 days and eight days respectively. Lopinavir and ritonavir, drugs used in combination, were available in Mumbai and Tamil Nadu for 15 days.

Inadequate supply of antiretroviral drugs is not a recent phenomenon. In the past, whenever some states faced a shortage, the government moved the drugs from other states that had sufficient stocks. But it failed to identify this as a crisis and did not take action to ensure lasting supply of HIV drugs. In the past six months, the situation has worsened. Many states are simultaneously battling a shortage of drugs. This has prevented inter-state transfer.

While MSF has agreed to donate 70,000 tablets of tenofovir 300mg and lamivudine 300mg, administered as a combination, the government has decided to procure nearly 13 million tablets as a short-term measure. It has also received more than half a million nevarapine tablets from private entities who have donated the drug as part of their corporate social responsibility.

In February this year, the then Union health minister, GhulamNabi Azad, announced that the eligibility for receiving antiretroviral therapy (ART) would be revised from CD4 level 350 to 500 (the higher the level of the CD4, the less severe is the infection). This indicated that those who could not avail HIV/AIDS treatment at an early stage could now do so. But the government seemed to overlook the short supply of antiretroviral drugs and did not realise that it was unprepared to meet such a commitment.

VikasAhuja, president of the Delhi Network of Positive People (DNP+), says that the crisis of shortage of HIV drugs will deepen as buffer stocks are fast running out. “Drugs like tenofovir and lamivudine and lopinavir and ritonavir syrup are not available for patients. A few states are already facing a shortage of nevarapine syrup,” he adds.

Loon Gangte from the South Asia chapter of International Treatment Preparedness Coalition (ITPC) believes that the main reason behind the crisis is a casual approach of all the agencies responsible for drug procurement and delivery, which includes courier service they use. When he tracked a consignment of nevarapine on September 17 this year, he found that the stock sent from Hyderabad took a month to be delivered in Guwahati. The consignment was kept in a storehouse in Guwahati for 19 days before the final delivery. Another factor is the delay in approving tenders. A tender for tenofovir/lamivudine drug was approved by the government in September this year, while demand for it was placed in January by various states. After a tender is approved, the stock of medicine usually takes two months to reach patients. Given the present bureaucratic setup, it would take up to 11 months for an HIV drug to reach patients.

In a meeting organised in May this year by the Department of AIDS Control under the Ministry of Health and Family Welfare, lack of coordination between NACO and the states was recognised as a major hurdle in HIV treatment. In its legal notice to Union health secretary LovVerma in August, DNP+ asked the government to ensure a robust delivery mechanism, such as emergency procurement, transfer of medicines to ART centres struggling with shortage and an online tracking system to monitor stocks.

This contingency plan might work in the short run, but is the government planning any long-term measure to avoid such a crisis in future? When Down To Earth contacted Verma, he said the government is working on it, but denied that the country is facing a crisis in the availability of HIV drugs.

Besides a shortage of drugs and administrative delays, there are other obstacles that hinder quality HIV treatment in the country. One of them is the absence of diagnostic measures. Viral load (VL) testing for routine HIV/AIDS treatment is a key recommendation of the World Health Organization’s 2013 guidelines on ART. A VL test determines the amount of HIV virus in the blood, which can better indicate how someone is responding to treatment. A WHO survey last year showed that access to HIV diagnostic and monitoring services is poor across low- and middle- income countries.

In India, the barriers are many. A VL test has to be first approved by State AIDS Clinical Expert Panel (SACEP). India has only 10 VL test facilities. The approval process requires the presence of the patient. This leads to delays. For example, people from the Northeast have to travel all the way to Kolkata for the test, which delays timely treatment.

SACEP in Maharashtra has not recommended VL test to HIV+ patients in the last one-and-a-half years. Eldred Tellis from Mumbai-based non-profit Sankalp Rehabilitation Trust says, “When I approached SACEP, the official asked me what is the point of recommending the test if VL kits are not available.”

HIV treatment does not solely depend on drugs and diagnosis. Given the stigma attached to the disease, patients need holistic care and support to live with dignity. India fails on this count, too. According to K R Antony, former director of the State Health Resource Centre, Chhattisgarh, the government stopped funding community care centres (CCCs) in April 2013. “These were established by NACO in 1999 to provide counselling and drugs to HIV+ people. They provided critical care to 2.5 million patients in the country,” he says.

The government stopped the funding as it believes HIV/AIDS treatment will be taken care of by ART centres and district hospitals. “But majority of the ART centres are unable to deliver as they are under immense work load. These centres are not adequately prepared in terms of staff strength and facilities to provide patients with the care they need. The personnel in district hospitals are not trained for palliative care either,” he explains.

MSF campaign coordinator LeenaMenghaney says India has to understand the urgency of the situation and chalk out a long-term strategy to tame HIV. “Lack of medicines or diagnostic kits will hamper the country’s efforts in bringing HIV/AIDS under control,” she adds.