Energy policy has always been of vital importance in the US. That's why oil and gas executives have taken over the reigns of the government today 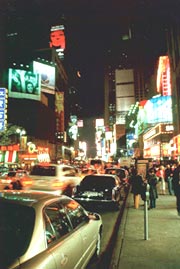 "Not since the rise of the railroads more than a century ago has a single industry [energy] placed so many foot soldiers at the top of a new administration."
- Newsweek, May 14, 2001

George W Bush took over as president of the US on January 20, 2001. Within two weeks, he established the National Energy Policy Development Group under Vice President Dick Cheney. Hence the informal name Cheney energy task force. Both Bush and Cheney have worked for oil companies in the past and their eagerness in getting cracking on an energy policy was hardly surprising. About 80 per cent of the oil and gas industry's political contributions in the US was to the Republican party.

Cheney submitted the task force's report to the president in the form of the National Energy Policy on May 16, 2001. Among the highlights of the report was the opening of drilling for oil in the Alaska National Wildlife Reserve (ANWR) and a push for expansion of nuclear power.

Bush's plan to permit oil and gas drilling within the ANWR has drawn a lot of flak from environmentalist groups. At the heart of the matter lies the '1002 Area' - this coastal plain is the last 5 per cent of the entire north slope of Alaska that is not already available to oil and gas exploration. The Sierra Club, an environmental group, stresses that the area is the last great wilderness in North America and is home to grizzlies, rare musk oxen, polar bears, 130 species of birds and dozens of other wildlife species. It is the birthing and nursery grounds for a herd of 130,000 Porcupine Caribou, one of the hemisphere's largest caribou herds. Moreover, the Union of Concerned Scientists of USA says drilling in the refuge would provide a very short-term solution for a long-term problem.

The National Energy Policy is a clear effort in the plan to increase energy supply by all means possible. Democrat Senator Harry Reid said the GOP (the Republican Party's nickname) now stood for 'gas, oil and plutonium'. The energy bill was submitted to Congress. The Republican-dominated House of Representatives passed the 'dirty' energy bill on August 2, 2001 - it was something of a rubber stamp. Then the energy bill went to the Democrat-led Senate. On April 25, 2002, the Senate passed an energy bill that was very different from what the House had passed - it does not permit drilling in Alaska (see box: No synergy).

The real controversy, however, has to do with the working of energy task force - there are numerous allegations that it was under undue influence of energy companies, and very unwilling to share the details of its working. Investigations and legal action have been initiated to bring this to light.


The General Accounting Office (GAO), the investigative arm of the US Congress, had begun a probe into the functioning of the Cheney task force in April 2001 following complaints from two members of the House of Representatives. Cheney refused to disclose the details of the meetings his task force had with corporate representatives. There were raised eyebrows about Cheney trying to cover his links with the energy giants like Enron (see box: Enron and all that). On February 22, 2002, GAO filed a case in the US District Court in Washington, DC, to obtain certain records in connection with the task force.

Meanwhile, the Sierra Club also approached the courts in February 2002 to force disclosure of the task force's meetings with industry representatives. "When the Bush Administration wrote its energy policy, big oil and energy companies were given the red-carpet treatment, but the public was shut out of the process," said Carl Pope, Executive Director of the Sierra Club. "Americans deserve to know what happened behind those closed doors, and the law requires it." The suit was clubbed with another case filed by Judicial Watch, a public interest group that investigates and prosecutes government corruption.

"We are concerned that energy policy is being made in secret by individuals and interests with a financial and political stake in particular policies. If the vice president wants to involve the oil industry or environmentalists in his energy task force's deliberations, so be it, but the law requires that the American people be kept informed about these deliberations," stated Larry Klayman, chairperson of the group. The first hearing was held on May 23, 2002. The judge delivered a severe blow to the administration - he rejected Cheney's request to dismiss the lawsuit. He ordered Judicial Watch and co-pleaders to propose a 'discovery plan' for the task force.

The Natural Resources Defense Council, a prominent public interest group in the US, said the Bush-Cheney energy plan is the "culmination of a process that hinged on cosy business connections, secret deals and industry campaign contributions". The council stresses that there are too many points of convergence: "Both Bush and Cheney worked in the energy industry. They appointed pro-industry people to their transition teams and to key administration posts overseeing federal energy and environmental policies. They received generous campaign contributions from energy companies, which enjoyed easy access to the Cheney energy task force. The result? An energy plan that promotes industry-favoured measures" (see box: Cream team). "At best, the energy industry has undue influence on major governmental decisions that will affect all Americans. At worst, the energy industry, which is enjoying record profits, has hijacked our government and now has the power to seriously weaken environmental safeguards, threaten public health, and gouge consumers." Cheney admitted meeting Enron CEO Kenneth Lay on at least six occasions at the time when the White House was drafting its national energy policy. He refused to give further details. US oil interests have always governed its energy policies. It is just that Bush is a little more shameless and brazen about it as compared to previous regimes.