Men as the wind beneath our wings

From Mahabharata hero Bhima to Nobel Laureate Tagore, from Infosys founder Narayana Murthy to Bhagwad Gita’s Krishna, we bring to you memorable men whom women love and admire

Tagore for the soul 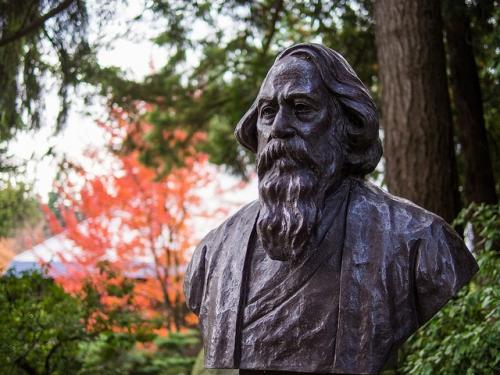 In his autobiography Yaadon ki Baraat, Urdu poet Josh Malihabadi recalls an incident at Shantiniketan, Tagore’s ashram in West Bengal. In those days Malihabadi was staying with Rabindranath Tagore. One day, an old professor brought a complaint to Tagore. He had seen two students, a girl and a boy, in an intimate moment in a garden. Tagore asked, “Was this through mutual consent or did you see any use of force?” The professor said there was no use of force. Tagore laughed and said, “Then what is there to object? To control the ways of nature is not only unjust to human nature but also a revolt against it. Perhaps you have forgotten, but I still remember that once I was young, too.”

Which woman can’t breathe freely in the company of such a man? I was first introduced to Tagore when a schoolmate gave me a collection of short stories by him called Maashi. I was struck by his deep understanding of women’s psyche, at least that of the tender kinds. Women were never a paper flower presence in his stories as in most of our Bollywood films, nor devoid of agency. There was an underlying respect for women in his stories even if he did not write about all kinds of women. This came from his belief that “womanliness is not chiefly decorative. It is like that vital health, which not only imparts the bloom of beauty to the body, but joy to the mind and perfection to life”.

Many great reformers have actively fought for women’s rights and taken on society and its power brokers. I have admiration and gratitude for all of them. Tagore was not a fighter. As he himself said he was, above all, a poet. Poets have their own limitations and their own magic. He was a great emotional support for women.

Does empowerment lie in non-differentiation? 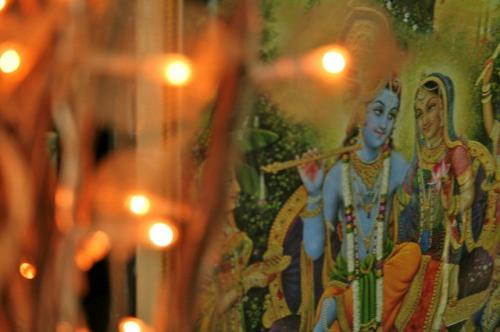 Who are the male personalities I consider ideal or admire for being a support to women? Although there are many, it is difficult to think of one man who has all qualities admirable. But why did I have to think so hard? Because I do not look through the lens of gender to determine who has influenced me or supported women’s progress. That said, I have thought of some, whose quotes or actions have had some impact on me and shaped my attitude.

Krishna says in the Bhagvad Gita, “Focus on your action, and not the results or fruits of your labour.” I first heard this when I was in middle school and the thought has stuck with me since. I firmly believe that we should put our 100 per cent towards accomplishing our objective(s). But the outcome cannot be determined by us. We cannot dictate what the result of our action could be. Many times, the end result will not be as per our desires. If we have no control over the outcome, then why bother giving it our best, some may ask. But that is a defeatist attitude. Looking back, I have seen a pattern emerge—when I invest more work and time sincerely in anything I do, the dividends are rich, more often than not. And when results are disappointing, the quote comes in handy again—after all, the result is not in my hand, though I tried my best.

Another personality I admire is Narayan Murthy, co-founder of Infosys, who has said, “The softest pillow is a clean conscience.” All (or most) of us are equipped with a strong sense of right and wrong. That sense of right and wrong could be viewed from different optics, but when principles dictate our choices, it’s easier to sleep at night. Of course, sometimes the conviction that I have done the right thing has given me a sleepless night or two, but if you know you have done the right thing, you will be back on your feet, even if not immediately. It will be validated that your action was correct or the best that could have been, given the circumstances.

It can be argued that not differentiating between genders is a way to empower all. I admire Anurag Kashyap because for him, a man or woman, after all are humans, and they are gray. No one is good or bad, but it is circumstances that have dictated their choices. Well, that’s my interpretation of his movies. We have the freedom to choose our thoughts and actions and interpret them. Nevertheless, Happy women's day!

The other side of Bhima 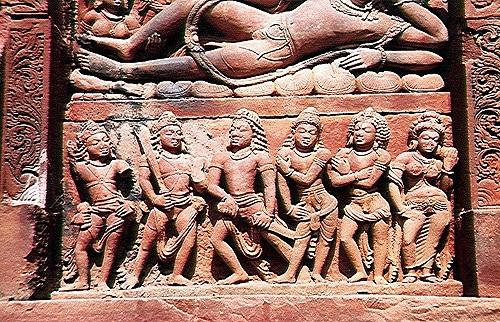 Mythology, as a literary genre, offers an interesting and often entertaining insight into the historical and cultural make up of societies. As ancient as the stories might be, the circumstances and challenges faced by the main characters find resonance in life situations even today. Take the example of Vyasa's Mahabharata, one of India's greatest epics based on the rivalry over a kingdom between two sets of brothers. This rivalry culminates in a massive battle which leaves thousands dead, including many loved and revered family members. The losses in the battle far outweigh the gains, and the winners are left burdened by regret despite victory.

Fascinated as I am today by the multitude of characters, sub-plots and back stories, and the exploration of philosophical questions such as the consequences of one's ambitions and actions, I don't look fondly on my earliest memory of watching the epic unfold on Doordarshan several years ago. Too young to understand much else then, I clearly remember being repulsed by the scene depicting the vastraharan (disrobing) of Draupadi, the Pandavas' wife gambled away to the Kauravas over a board game.

As an adult, I have realised that the Mahabharata is replete with instances of women burdened with the onus of virtue and sacrifice—Madri committing sati on Pandu’s funeral pyre, Gandhari vowing to remain blindfolded as an act of devotion to her husband Dhritrashtra, among others. Of these, the most prominent character is that of Draupadi, who marries Arjuna, but is forced to be shared as a wife among the Pandavas when her husband obeys the command of his mother, Kunti. From her marriage till her death, she is subjected to many instances of injustice and is often left to fend for herself.

In all of her life’s trials only one man stands by her side, or at least attempts to uphold her right to be respected. This man is Bhima, one of her five husbands (if one excludes her friend, Krishna, due to his divine status). Bhima is represented as someone who possesses sheer physical strength, mastery of the gada (mace) and a hot temper—all typically “male” attributes. And yet, Bhima is the only husband who deeply loves his wife and endeavours to share in her trials at every step of the way. Like her, he is subject to the decisions of his eldest brother and the fate of the Kuru dynasty. But he negotiates with his limitations in every possible way. Like new-age husbands, he shares in her burden of cleaning and cooking during the family’s exile. He avenges her repeated molestation by killing Kichaka, a military commander of the King Virata, at grave risk of exposing their disguises. This is after Draupadi’s (as Sairandhri, the queen’s maid servant) pleas for justice have fallen on deaf ears in the king’s court, which includes her other husband Yudhishthira. Bhima protests against her humiliation in court after Yudhishthira loses Draupadi in a gamble and finally, defeats Duryodhana (who insults Draupadi) in the battle at Kurukshetra. In the end, as the Pandavas and Draupadi ascend Mount Meru towards their death, Bhima is the only one who returns as she collapses and stays by her side as she breathes her last.

I think in the vast scale of the epic that is the Mahabharata, Bhima’s role as a husband who treated his wife with love and respect stands grossly underappreciated. India’s collective history boasts of many progressive men such as Raja Ram Mohan Roy (who worked to abolish sati), Jyotirao Phule (who along with his wife Savitribai Phule started the first girls’ school in India) and Gopalrao Joshi (who encouraged his wife Anandibai to go to the US to become India’s first female doctor). But such men are largely absent from religious texts, literature, films and popular culture. Given the larger mass appeal of such media, we would do well to acknowledge that a man like Bhima existed in our epics, even in times that were against women’s rights in most respects.

The Gandhian who taught women to assert their rights 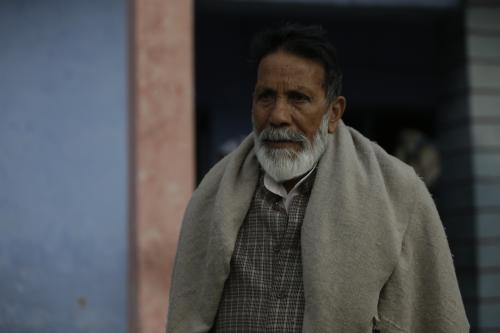 To the world, he is known as the pioneer of Chipko movement and a Gandhian grassroots activist. But his contributions have been manifold.

He not only opposed deforestation and promoted afforestation, he motivated women to speak up for their rights. In a society, where egalitarianism is almost absent, and women would spend hours collecting firewood and fodder from steep mountainsides and fetch water from distant streams, Chandi Prasad Bhatt realised that the wellbeing of women is intertwined with ecological protection.

So, he first mobilised them to form mahila mandals (women’s groups) and then empowered them to mobilise the community. His efforts paid off when he was joined by hundreds of women and opposed logging. In fact, in most places, they were on the front lines of Chipko movement, marching and rallying to protect their community forests.

In Chamoli, the mahila mandals are actively protecting the community forests and revegetating the barren hillsides. In several villages, they do not even allow men to interfere in the forest management. They are also playing a crucial role in liquor movement.

In Chamoli district, women do not allow people to set up breweries in villages. There have been instances where mahila mandals have demolished several brewing facilities across the valley, while sensitising people about ill-effects of alcohol. As Bhatt says, there was a time when women in the valley would not attend public meetings. Today, they are the harbingers of change in the valley.