Realisation to make meters error-free may have come late to India, but technology is making rapid strides

Life has no free lunches. More so, when a rapidly growing population wants to somehow bite into the limited pie of resources. This mad scramble has made measurement of who uses how much all the more vital. It is for this reason that utility managers are investing in meters that give precise readings. The focus is on improved electricity and water meters. Finding solutions to reduce errors will help utilities avoid the vicious cycle of poor service and low revenue generation. 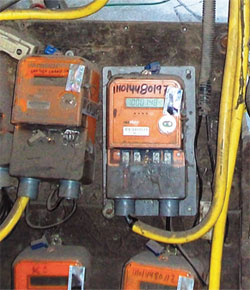 Not long ago, power utility companies were a harried lot as most consumers tampered with meters. If tilted in a particular direction, the meter would stop reading. Resting a magnet on top would also tinker with the readings. The utilities incurred 40 to 50 per cent of revenue loss due to this.

This was the electromechanical meter that works on an aluminium disc and two coils. The coils produce tiny currents in the disc which rotates. But giving discomfort to the consumer is its reading that shows a two-per cent error. If the meter is tampered with, utility managers have no way to prove it since the meter cannot register past data.

To counter this and check tampering, the electromagnetic meter was introduced, said Pradip Ranjan Dutt, Indian representative of Landis and Gyr, the largest global player in electricity metering. Its reading shows less than one per cent error, which meets the standard set by the Central Energy Regulatory Commission.

In fact, any digital signal processing system gives superior accuracy. Its memory also helps give past details. An in-built deterrent checks tampering by use of magnets. Instead of running slow, the magnet speeds up the meter.

Delhi phased out the antiquated meters in 2002 and gave electromagnetic meters to 2.72 million households. The new meters are being installed across India.

For long, water meters have been a low priority area. Paying for a natural resource like water was not acceptable to many in a welfare state like India. Meter technology evolved after it was realised that water is a limited resource and its misuse must be checked.

“People often get wrong bills. So, it is in their interest that they get a more precise reading,” said Neville Bhasin, programme coordinator of Krohne Marshall, market leader in flow meters. Earlier, most Indian homes had Positive Displacement Meters. The volume of water used was measured by displacement of components in the meter.

In 2005, Delhi Jal Board approved the Inferential Meter. Its mechanism does not involve any contact with water. The water drives a turbine and the reading is proportionate to the volume passed through it. It is preferred primarily because it cannot be tampered with. This rust-free meter is air-tight which does not allow moisture that could make the dial hazy and, therefore, unreadable.

But mechanical meters are prone to inaccuracies that creep in when silt and suspended particles start clogging it. Their moving parts also obstruct the flow resulting in a pressure drop of about 3.5 kg per square cm, said Bhasin. To account for the loss in pressure, a utility manager would have to spend Rs 13.5 lakh in pumping for a bulk meter with flow rate of 2 million litres per hour.

According to the Central Public Health Environmental Engineering Organisation, mechanical meters show an error of two to four per cent.

Opposed to this, electromagnetic meters can be erroneous by just 0.5 per cent. These meters obtain the flow velocity by measuring changes of voltage with water passing through a magnetic field. Here, kinetic energy is converted to electromagnetic signals.

But the electromagnetic meter’s precision does not come cheap. For instance, water meter for a 15 mm pipe would cost Rs 50,000. In Delhi, the nine approved mechanical meter manufacturers price their meters between Rs 750 and Rs 1,350. It is for this reason that electromagnetic meters are not advocated for use in households. In bulk usage, it pays huge dividends.

In Indore, 20 per cent people consume 80 per cent of the water supplied. To optimise revenue generation, accuracy was prioritised. Krohne Marshall was assigned the task of installing electromagnetic meters. The company invested a whopping Rs 110 lakh. Consumers did not get inflated bills and all of them paid up. Revenue increased by Rs 84 lakh annually. Measurement of the Western Railways’ water consumption paid dividends with the bills increasing by Rs 15 lakh each year since February 2008.

Metering is beneficial to the consumer. A tariff structure based on volume consumed can promote equity and target subsidy, said Sriniwas Chary, service delivery strategist affiliated with the Administrative Staff College of India.

The way ahead lies in smart metering with communication. These digital displayed meters relay information to a central server through the internet or a wireless network. Radio frequency networks pick up meter readings on a laptop within a driving radius.

Seventy per cent of the investment on smart meters can be recovered through savings on operational cost, including doing away with meter readers, according to the California Public Utilities Commission.

Smart meters can record consumption in short intervals, each hour or even less. This helps resource managers and consumers manage their demand. They also have sensors that can report opening of the meter cover, magnetic anomalies, extra clock setting and inverted installation. But smart meters are not without controversy, with consumers in California alleging they were logging more units. An independent study in September 2010, however, found that they gave correct readings.

Meters are usually installed in corners of houses making reading difficult. Master Meter Inc, a North American manufacturer, has taken reading to a superior level. It has military-inspired drones that can help utility managers take readings from the sky. Weighing less than a kilogramme, the carbon fibre drone is fitted with a receiver that can collect water, gas and electric meter readings all at one go while passing overhead. It is self-guided with the aid of a Global Positioning System. It is battery operated and can fly for 90 minutes per charge. These meters are being used in the US and Israel.

All meters can be tampered with, and all can be fixed. Unless technology evolves, regulation would remain weak. 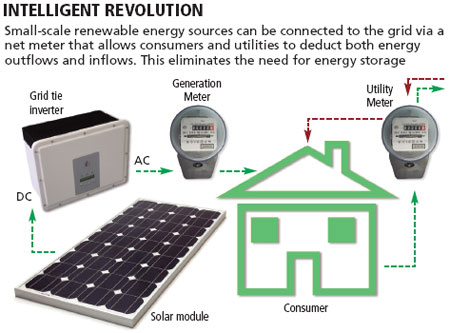