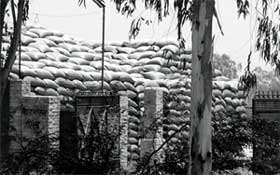 agriculture remains the biggest source of inequity in the world trading system. Unlike telecom, financial, and legal services, farming practices in the North have stoutly resisted the logic of market forces. Farming in the North thrives on prodigious subsidies and price support systems combined with coddling protection through high tariffs on competing imports. The agriculture-reliant South is incapable of providing matching support systems for its produce, rendering it less competitive in the lucrative northern markets.

The developing country demand for lower tariffs and reforms in the domestic agriculture of the developed countries is echoed by the free traders of the North. Chief among them is the Cairns Group of agricultural exporters (composed of 18 countries including Australia and Argentina) and the us . Their common enemy is the profligate eu and Japan. An extravagant 46 per cent of the eu 's total budget goes to farming subsidies. Japan subsidises its equally notorious inefficient farms apparently for maintaining rural communities.

After long hours of negotiations at Doha, the eu had to finally give in to the demands of developing countries and major agriculture-exporting countries on the reduction of its agricultural subsidies. The Doha declaration calls for the reduction of, with a view to phasing out, all forms of export subsidies; and substantial reductions in trade-distorting domestic support . The declaration also agrees that special and differentiated treatment for developing countries shall be an integral part of all elements of the negotiations to enable developing countries to effectively take account of their development needs, including food security and development . The modalities for special and differential treatment are to be established by March 2003.

The wto agreement on agriculture (aoa), effective since the wto was established in 1995, poses a dilemma for development. Allegedly intended to decrease market-distorting subsidies on food products, it ends up allowing industrialised countries to use direct and indirect subsidies for their agricultural produce. At the same time, manipulation of tariff reduction commitments in the North has resulted in a phenomenon known as 'tariff escalation'. This refers to an increase in tax on imports of value-added products. Thus products on higher levels in the production process have higher import tariffs. Notably, profit margins increase as the production process advances. But producers in the South are dissuaded from producing these products because of the higher import tariffs.

Farmers in the South (as much as 70 per cent of developing countries' populations) are thus forced to compete against high subsidies and protected technology in the Northern agriculture (which employs only 4 per cent of Northern populations). Once they are forced out of their farms, they do not have processing plants or higher employment opportunities to turn to. Their livelihoods are threatened. In the North, such a small percentage is employed by agriculture because, over time, people found employment opportunities at different levels of the production process. This, in turns, encouraged and allowed development of more efficient farming technology. Throughout this process, they were not made to compete with more naturally fertile soil in some Southern countries.

The South cannot ignore the massive human fall-out of 'structural adjustment' in a 'competitive' market economy that also happens to be unfair. The existing aoa does provide for some domestic subsides under a 'special and differential treatment' provision, but this has been inadequate protection, compared to the concessions made to the North. In 1997-1998, when countries were preparing their positions for the wto agriculture talks, this sentiment led Southern countries like India to consider a 'food security' or 'livelihood' box. These ideas have been grouped into a so-called 'development box'. Proponents, including Cuba, Dominican Republic, Honduras, Pakistan, Haiti, Nicaragua, Kenya, Uganda, Zimbabwe, Sri Lanka, and El Salvador -- hope this provision will create some amount of space for small and marginal farmers.

In a proposal submitted to the wto committee on agriculture, these countries note that lack of food security can also lead to political instability, and thus should be considered an issue of national security, which gatt article xxi exempts from wto trade discipline. Further, article 20 of the AoA, which mandated the current review of the agreement, also asserts that a continuation of the programme of liberalisation must take into account the implementation experience including effects on non-trade concerns such as food security . Negotiations on a development box have now been made possible through the Doha declaration.

In the final analysis, it could have been worse for developing countries. They may have won a skirmish by not being proactive on issues such as environment and investment, but have definitely lost the war. Simply saying 'no' is just not good enough. It is time Southern negotiators learnt this. Otherwise the ground will continue to slip under us even as we delude overselves that we are standing firm.

With inputs from Sushmita Dutta