The status of health can be improved with proper environment management 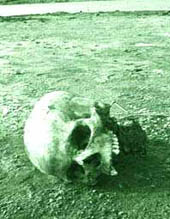 There are two approaches to the problem. The technocratic approach and the Gandhian approach. One talks about living in wealth, the other suggests staying away from wealth and managing with bare prerequisites.

If Indians live a frugal life in tiny self-supporting villages, if farming is organic, population levels remain low and industry exists only in the cottage sector, there will hardly be any waste or pollution. There will also be no need to manage waste as people will have already managed to limit want, because it is the unrestricted multiplication of wants which leads to the generation of waste which is the characteristic of a consumer economy as opposed to a Gandhian village economy.

What India needs is not just the ability to manage in poverty, but to manage wealth in such a manner that we can become Gandhians in the management of that wealth. Only then can sustainable development become a reality, noted Anil Agarwal, the director of CSE. When wealth generates waste it leads to squalor and filth and there is virtually no difference between the quality of life of the very poor and the slightly rich. Degraded environment is bad for both the rich and the poor.

"The issue therefore is of making prudent choices. What should we manufacture and what should we produce? We certainly need to think of alternatives to such products that cannot be easily decomposed by nature or those that will eventually end up poisoning us," said Vice President of India Krishan Kant, while inaugurating CSE'S health and environment conference. He was echoing a very valid fear. For in the last 50 years, the quantum of industrial production has exceeded all the industrial production in human history before it. This has created so much waste and environmental pollution that the natural restorative process is unable to cope with it.

An unrestrained faith in technology and materialism has resulted in creating monstrous cities and weakening community ties. Lack of interpersonal relations leads to lack of consideration for our fellow beings. This is only a short step away from littering the streets with garbage, dirtying the streams and tanks, polluting the air and creating various other forms of social nuisance. If the size of a city is too large people often think that solving its problems is beyond their individual capabilities. They begin to feel that everything will be done by the government. It is therefore vital to reduce the scope for government intervention and to determine an optimum size for cities.

"I submit that besides technology and the vision of small manageable urban communities, as thought of by Gandhi and Nehru, we must seriously think of people's action plans. That is the most difficult issue. After independence an attitude has been created that the government should do everything. 'Since we have given them our votes our responsibility ends here'. But that is dependence on government, not independence." noted Krishan Kant stressing the need to involve local communities in environment management.

"Gandhi and Gandhian constructive workers cannot be made to order or manufactured. They are the product of an inspiring challenge and a brighter vision of society," he added.

In our march towards economic growth targets we must ensure that the environment is not degraded further. While economic growth leads to health improvement, unless it is reconciled with disparity reduction and environmentally sustainable development, it would have failed in its social mission, notes V Ramalingaswamy. Community health is the single most sensitive indicator of the state of the environment.

Utilising scientific knowledge for society's good has to be the cornerstone of any policy aimed at bettering the state of community health in India. In the case of water management while 85 per cent of India's population has access to safe water, only 20 per cent is covered by latrines. To regulate air pollution a national transport policy based on the science of pollution and pollutants is required.

But tough laws do not help by themselves. While many developing countries pride themselves in having passed tough environmental regulations, compliance is tragically inadequate.

The government can help promote this by increasing transparency in decision making. In fact, environmental measures can bring about a great deal of change in the disease burden of a place.

As biological vector control of malaria in Goa showed, even when a disease is on the rise countrywide, ecological measures can make a dent in its incidence.

In Panaji, Goa MRC initiated bioenvironmental control with community participation in 1989. Swimming pools and tanks were cleaned. Microbes and tiny larvivorous fish such as Guppy (Poedlia reticulata) and Gambusia (Gambusia affinis) were introduced in water bodies. Intensive campaigns encouraged people to prevent mosquito breeding in tins, buckets, tyres and coconut shells. The results were dramatic. From 6,732 cases in 1988, malaria cases came down to 852 by 1992, according to government statistics. But malaria shot up again, once the community efforts lost steam. (Refer Down To Earth, Vol 7, No 4)

It is vital to remember that naked lands breed naked people. A dirty river is a sign of a dirty community. Only a people who are disciplined and manage their environment properly end up being prosperous and healthy.

Narrating an incident of the time when the plague hit Surat in 1995 when he was the Governor of Andhra Pradesh, Krishan Kant described his visit to a hospital in Hyderabad. Garbage was strewn around the hospital entrance. Krishan Kant stopped the car, picked up some garbage and walked up to a small temple nearby and placed it before the idol.

Turning towards the welcoming committee, he said, "God is omnipresent and knows us inside out. In the temple we surrender ourselves before God and offer all that we have to get his blessings. We cannot surrender what we do not have. We have garbage and dirt lying around us, so I have offered whatever we have." This proved to be shock therapy.

Similarly, shock therapy is needed to make the people respect the environment. Humans must realise that we all live downstream. If we offer pollution and waste to the environment we can only expect the same in return.