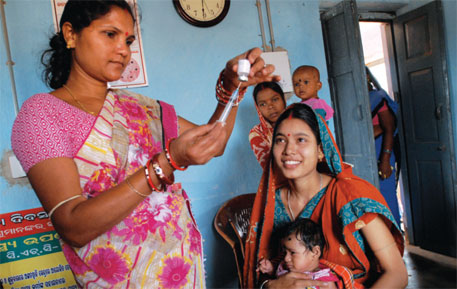 Both the limbs of Rajendra Deshmukh, a grocery shop owner, were severed when he accidentally came under the wheels of a train at Niphad railway station in Nashik, Maharashtra, last year. The 31-year-old kept the limbs close to him till he reached Wockhardt Hospital hoping that doctors there would be able to make him walk again. The hospital staff had told him that surgery would cost Rs 70,000 for each leg. The doctors said the legs were severely damaged and could not be reattached. Already in trauma, Deshmukh got a shock when he got the bill. The hospital handed him a bill of Rs 3 lakh, which included plastic surgeries that were not done.

Deshmukh was fortunate to have a health activist as a relative. After consistent pestering by Madhukar Dube, the hospital returned the overcharged amount. “But not everyone has someone to fight against an unregulated healthcare system,” says Dube.

A 2011 report on the country’s universal health coverage by a high-level expert group set up by the Planning Commission observed that private hospitals make patients pay hefty amounts. This can deplete their savings, force them to sells their assets and incur debt, it states. At present, 80 per cent of the total healthcare establishments are private, says Abhijit More of SATHI, Pune-based non-profit working in health the sector.

To bring all clinical establishments, government or private, under one regulatory ambit and avoid problems such as those faced by Deshmukh, the Centre enacted the Clinical Establishments (Registration and Regulation) Act, or CEA, in 2012. “It is a good initiative but has flaws, so people in many states are opposing it,” says Anant Phadke of Jan Swasthya Abhiyan (JSA), Indian chapter of people’s health movement.

What the Act says

CEA makes it mandatory for all clinical establishments—hospitals, maternity homes, nursing homes, dispensaries, clinics and radio-imaging centres—to put up their facilities on their websites. All clinical establishments, except those run by Defence forces, must be registered. To protect patients from irrational, exploitative treatment and from substandard facilities, the Act makes standard treatment guidelines mandatory. The Centre will also fix treatment charges across the country. In case of non-compliance, the government can impose fine. 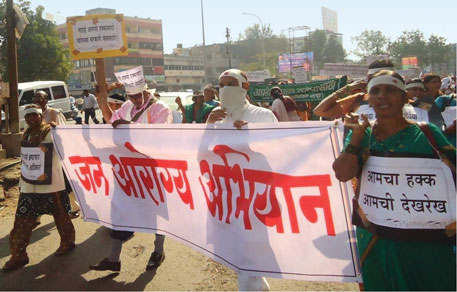 The process of drafting guidelines and fixing charges has started and may take a year to complete, say government officials. After the guidelines are notified, clinical establishments will get two years to implement the quality parameters. Arunachal Pradesh, Himachal Pradesh, Mizoram, Sikkim, Uttar Pradesh, Rajasthan, Jharkhand, Bihar and all the union territories have implemented the Act. But it is facing stiff resistance in Maharashtra, Tamil Nadu and Kerala. The Centre stipulates that the Act should either be implemented in toto or be rejected altogether. Phadke, opposing it in Maharashtra, says it should be implemented only after its flaws are removed.

The Act is silent on patients’ right to healthcare. “It is strange that an Act that is meant to manage healthcare in the country does not even mention the word ‘patient’,” says Abhay Shukla, associated with JSA and SATHI. At present, there is a big communication gap between patients and doctors. This is reflected in the increasing number of attacks on doctors by aggrieved patients and their relatives.

The Act does not provide for a grievance redressal system in case of violation of rights in private hospitals. It neither ensures proper implementation nor the monitoring of clinical establishments, says Phadke. Management is another big problem. The Act states that public health officials will be entrusted with the responsibility of regulating the private sector. But these officials are overburdened with work despite managing only 20 per cent of the total healthcare system. “How will these officials ensure regulation of the remaining 80 per cent?” asks Phadke.

What’s more, those in-charge of implementation of the Act are the ones running the health system. “How can one expect an official to take action against deficient compliance with the Act in a rural hospital or a public healthcare centre of which he is the executive officer?” he asks.

Shukla points out the absence of a district-level council, which can take decisions if rules are not followed. At present, aggrieved patients have to go to the state capital to lodge complaints. “To ensure implementation of the Act, there should be autonomous structures at different levels,” he says, adding that these should comprise government officials, civil society members and doctors.

Phadke critises CEA as it asks for imposition of fine or cancellation of registration in case of non-compliance even by government clinical establishments. “These will not curb malpractices. Departmental inquiry should be held against health officials and there should be provision of corrective actions. Fine will de-motivate doctors from joining public sector establishments,” he says.

Jan Arogya Abhiyan (JAA), the Maharashtra chapter of JSA, formulated the Maharashtra Clinical Establishment (Registration and Regulation) Bill 2013, which took care of the problems in CEA. JAA submitted the bill to state health secretary T C Benjamin on August 8, this year. But the state government turned a blind eye to it and continued the process of implementing the Centre’s Act in the state. CEA is expected to be placed in the coming assembly.

Sunil Nandraj, adviser for CEA, says the arguments by public health experts are far-fetched. He claims that setting up a district-level body will complicate matters for aggrieved persons. They should approach judicial bodies and consumer courts, he says. “It is sad that there is opposition from various quarters for something as basic as setting standards for clinical establishments to function,” he says.

Abhijit More of SATHI does not deny this but says it is vital to remove the flaws now, else it will take many more years for the government to strengthen the Act. A sound piece of legislation is what will ultimately benefit patients, he says and gives the example of the Chhattisgarh government which notified its own rules in August this year. They include a grievance redressal mechanism and give patients their rights. Injured persons have the right to get emergency medical care in any clinical establishment. They have the right to call experts from other hospitals to where they are being treated for second opinion. As per the rules, patients must be informed about the nature, severity and outcome of their illnesses, besides their treatment costs.

“By imposing such rules, Chhattisgarh has become the first state to give legal recognition to patient’s rights in public and private hospitals through regulatory legislation,” says Sulakshana Nandi, health activist in the state. Any regulation without giving patients their rights will serve no purpose. All states must get similar rights under an Act, she adds.