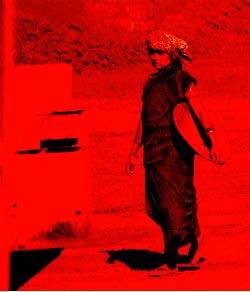 Forum to bridge a chasm deepened by breach of faith

A piece of cartographic evidence of inequity is often repeated by social activists all over India. In this evidence, maps of forests, minerals, tribal habitation and poorest districts are overlayed and they denote almost the same areas in India. This realisation raises one important question why do the poorest people of the country live in its richest areas?

The mining industry has immense negative effect on environment, which is undoubtedly shared by all in the long term. But the most violent and immediate effect is borne by the tribals who inhabit the land that is mined, as they live off the land and the forests they inhabit. The Centre for Science and Environment (cse) wanted to find out answers through a dialogue between all groups involved in this business. As expected, representatives of the mining industry were absent.But activists and government officials offered similar explanations the tangible returns of mining and intangible benefits of forests are not shared with the poor inhabitants of the land.

Though the proponents of intensive mining keep trotting out the logic of employment generation and local infrastructure development to justify mining, it is important to note that modern mining does not employ much and offers almost nothing in terms of local employment, while local populations are robbed off their habitats. It is fashionable to cite examples of thriving mining enterprises in other countries, but experts pointed out that human habitation density in mining areas in India is much higher than that of any other country, and called for better strategies to manage displacement caused by mining.

It is interesting that in spite of agreeing with social activists about the large-scale dispossesion that mining causes, officials representing mining, tribal affairs and environment plead helplessness in the face of a dominant policy of 'growth at any cost'. While technocrats triumphantly talk about modern technology that can provide 'environment-friendly' mining, regulators hide behind a barrage of excuses that prevent them from enforcing the law. Meanwhile, policymakers progressively dilute all safeguards that were created to manage environment and protect powerless people. Grassroot activists felt that various ways of dilution in the forms of new policies are working against the constitution that has provisions to safeguard both the environment and tribal people.

The dialogue remained incomplete in the absence of representation from mining industry. One should not be surprised that they did not attend, because this industry is exploitative and guided by a 'hit-and-run' model of profit (see 'Shafted', Down To Earth, April 30, 2007). It has, therefore, never felt the need to engage itself with local communities and civil society seriously.

The results are showing. People in large part of India's mining country have already taken up arms, where the state is engaged in a war against its own people. Some activists have called for a moratorium on mining till we can clean up the act. They feel that the never-ending cycle of exploitation is unnecessarily pushing tribals into a violent situation and fear that things are getting out of control at a rapid pace.

Whatever the solution, the dialogue made one thing very clear that at the moment there is a distrust between social activists on one side, and the mining industry and the state on the other that will be difficult to bridge.

S P Banerjee
Former director general,
Indian School of Mines
I believe that the mining industry can transform itself with proper technology and investment.The industry must be allowed to transfer land in its name, develop it and then sell it.

So far, companies take land on lease and have no interest in reclaiming it for agriculture. They will do that if they see economic benefit. And, this in turn will generate employment.

R Shreedhar
Convenor, Mines, Minerals and People
We cannot change nature; if you mine deep, you impact groundwater--one cannot avoid this. Mining will have impacts; are we willing to accept these?

Mining fares the worst amongst all industries when it come to enforcing regulations. Matters are complicated by the fact that mining usually takes place in remote areas. I believe that the mining industry's implementation of environmental management plans leave much to be desired, and that the Indian Bureau of Mines (ibm) must do more--80-90 per cent of ibm violations do not even deal with the environment. Does ibm have the expertise to ensure compliance of environmental rules? A major contributor--with underestimated impacts --are illegal mines 40,000 mines spread over an area of 14,577 ha operate in the country in a single year.

Fines exacted from these illegal mines come to Rs 53 crore. However, these figures are probably only the "tip of the iceberg". ibm does have some responsibility for the proliferation of these mines, but it's the states that are responsible for illicit mining.

Less mining did not affect industry--the industry did not suffer. Aluminum produced by private companies is exported. However, to meet the demand of this industry, bauxite mines need to be expanded and within 58-75 years, we will have exhausted our reserves. China has three times the amount of iron ore reserves, but they take ours. Brazil won't allow this, so why should we? India, in fact, exports to Brazil. But we can control mining. It's an exploitative industry. We cannot ignore the global experience that poverty increases with mining.


Pradeep Kumar
The biggest concern is that mining perpetuates poverty. It should help local communities through employment, physical and social infrastructure. Particularly in states like Jharkhand, Orissa, Chhattisgarh. These are resource-rich states. But they are also the poorest.

This is not typical of just one region, it happens throughout the world. We must earmark money for the development of local areas.

Mining also contributes so little to gdp. But that is not the issue here. The issue is meeting the demands of the country. We have to export to China, since our steel mills do not utilise our low-grade iron-ore. So, if we don't export, our resources will lie unutilised.

We cannot stop development of every environmentally destructive activity or else everything will shut down.

A notification of 1994 stipulated that mining major minerals over more than 5 ha requires an environmental impact assessment (eia). Experience and reviews revealed the shortcomings of this notification. So there was a new notification in 2006 to address these problems. The public hearing process took a long time and was delaying project cycles. Today there are alternatives when hearings are not held in a specific time. Videography of public hearings has also been made mandatory.

The new notification has diluted the public hearing requirement. The full eia report is no longer released, fewer people can participate. Public hearings should influence decision-making, but does that happen? How much of the happenings at public hearings reach the ministry? How does the ministry utilise such testimonies? The major concern today is that eias do not fully assess impact--they are not used to say "no" to a project.


Chandra Bhushan CSE
How many eias are rejected?

SK Agarwal
None or few.

Sunita Narain CSE
Public hearings today are designed to expedite projects--a travesty of its original purpose. Place eia in the public domain so that people can see what has been considered and what the company is required to do. This will garner public trust. Why are the final eia documents not in the public domain?

Meena Gupta
Secretary, Ministry of tribal affairs
Why do the poorest people live on the richest lands? Profits of mining do not go to these people. Another question why are the poor and tribals more often displaced? They have no voice. Tribals are among the weakest in the country. The current economy has little use for their skills. Relief and employment rarely benefit a displaced person. For instance, a handsome compensation is of no use in an alien environment. Furthermore, compensation is only paid to landowners although this is changing. Ideas are being discussed about benefit-sharing and sharing of the future land. What is more important for Scheduled Tribes and other disempowered people is that this money comes over a period of time, not in a lump sum, since then it is either squandered or stolen from them.

The environment ministry's social impact assesment must address the question of how a project will affect people and how much land is needed. We want a limit that will say if a project displaces a certain number of people, it can't be allowed.

Shekhar Singh
Director, Centre for Equity Studies
First, displacement should happen only in the most exceptional cases. One way of ensuring this is to obtain consent from affected people. I am at loggerheads with the draft social impact assessment being conducted by the Union ministry of environment and forests. It has no idea about social interests. There should be an authority with a statutory policy. Compensating people with only legal claims is not enough; this is not in keeping with Forest and Tribal Act.

What happens to people who are partially affected or people who are far off, such as downstream users? Land for land is the most critical question, but it has been rejected. It has to be instituted as a policy for those affected by mining, just as it is in forest-related cases. We have to enure that such measures are enforceable and get legal backing, so that anyone affected can file a case.