How an ordinary individual helps improve the environment 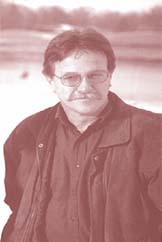 chip ward had managed a guest ranch in the untouched wilderness of Capitol Reef National Park in Utah, usa , for four years. Settling down in to his new job with the Utah State Libraries, he sought an equally peaceful home. But this was not to be. Ward's choice, Grantsville, skirting the Great Basin Desert, turned out to be a far cry from the kind of home he expected. Ward had moved in to the neighbourhood of dioxin-producing big businesses, army ordnance depots, incinerators and radioactive-waste landfills.

Grantsville and the Great Basin Desert, Ward discovered, was usa 's 'rug, to sweep its dirt under'. He refused to allow pollution to cloud the community's existence and metamorphosed from a simple librarian into a fiery and widely respected environmental activist.

Residents of sparsely populated desert regions of the world, such as Rajasthan in India and Utah in the us , have always been unwitting victims of environmental holocausts, unleashed by industry and government. Ward was soon to realise this fact. His first few days in Grantsville were peaceful. But in his first spring in the town, he was jolted out of his content lifestyle. Literally. Starting February, till the onset of autumn, around August, every year, the Tooele Ordnance Depot would blow up old, unstable bombs in bunkers.

The season came to be called the 'bomb season' in the towns of Grantsville and Tooele, where the ordnance depot owned over 10,000 hectares of land. Every hour or so, explosions rattled the residents while the wind carried 'a huge dirt and smoke cloud', leaving behind a film of dust, dirt, and fine toxic waste on everything. To add to his misery, Ward found the streets of Grantsville smelling like bleach. Magcorp, a magnesium refinery, was releasing chlorine into the atmosphere. What appalled Ward more was the community's reaction -- it remained unperturbed and was, in fact, amused by Ward's consternation. He also noticed the increasing number of sick people in his community. Almost every family in Grantsville seemed to have a story of dreaded illness to narrate. Illnesses ranged from cancer, multiple sclerosis to reproductive and birth defects. It did not take long for Ward to relate his polluting neighbours' activities with the large number of ill residents. However, Ward did not become an activist overnight. For most part of the following decade, Ward remained a silent spectator to the continuing plunder of the Great Basin Desert ecology.
Compelling awareness, Ward noted in his book, is the harbinger of political action. In the early 1990s Ward was compelled into becoming aware of the fact that that the umpteen cases of people with dreaded ailments he was seeing in Grantsville could include his very own. The gradual awakening had begun. Ward eloquently described in his book the phases of denial, emotional conflict, and guilt he experienced. Ward gives the analogy of the boiling frogs for his metamorphosis. He cites the case of frogs, living in water that is heated slowly. They are unable to perceive the change and continue to inhabit the water, even as they die. In contrast, frogs introduced to boiling water react immediately and jump away. Ward, acted similar to the frog in the slowly heated water. He became a committed environmental activist.

Ward first petitioned the local health department to conduct a comprehensive health survey of Grantsville and nearby towns. Ward thought this necessary for establishing concrete linkages between the polluted environment and the community's ill health. But Ward was nave. He expected a quick and comprehensive survey. But the expectation dissipated when he saw the local government officials delaying and stalling the survey. When the survey report did come out, it accepted the increased occurrences of cancer, but dismissed it as statistically insignificant.

But the survey did not consider the local conditions of unusually high pollution and health hazards. Instead of demanding another survey and losing time, Ward organised friends under the banner West Desert Health Alliance Coalition (West Desert heal ). Together this group carried out an admittedly amateur survey but generated results challenging the state's statistics. The survey immediately hit newspaper headlines.
Although the survey generated widespread publicity, Ward considered it a nave attempt. He now steered West Desert heal to target the intensity of 'bomb season'. The survey had established Ward and West Desert heal 's credibility. The ranks of the organisation had swelled. Ward spent a lot of time speaking to people about the 'bomb season' and the toxicity of the fine dust deposited on their homes. The group distributed phone numbers of the Tooele Ordnance Depot and urged people to call. The group soon started a dialogue with the ordnance depot and succeeded in gaining some concessions. For example, the group demanded that the ordnance depot carry out detonations only when the wind blew in a direction opposite to the town. To its credit, the ordnance depot agreed to this and some other demands. Eventually, the ordnance depot began detonating their bombs in another area.

Ward's answer to the recalcitrant Magcorp was the Citizens Against Chlorine Contamination ( cacc ). Magcorp, was emitting 60 million tonne of chlorine and 6 million tonne of hydrochloric acid every year into the atmosphere. cacc attacked Magcorp on several fronts. First, they petitioned elected officials to oppose a request by Magcorp, made in 1996, to increase production. Ward believed that since Magcorp was on leased, public land, elected representatives could force it to adopt cleaner technology. Simultaneously cacc won a suit filed with the Utah Air Quality Board that asked Magcorp to invest in new, cleaner technology. Magcorp, however, refused to heed the board's directives. The board lacked judicial powers to enforce their ruling.

cacc then began lobbying with the Utah's department of environmental quality. This was accompanied by a hectic media campaign during which most Utah newspapers took editorial postures favouring cacc . Ward took advise from universtiy academics to strenghten cacc' s technical knowledge. It then accused Magcorp of producing dioxins, usually found to accompany chlorine incineration. cacc demanded that the state regulatory agencies conduct tests for dioxin presence.


Ward is now active on several issues ranging from incinerators to nuclear waste disposal. With a large number of people working for him now, he spends a lot of time travelling and lending support to peers and other environmentally conscious communities in the us . Ward's struggles and his success, especially his successful strategy of step-by-step, evolutionary change instead of revolutionary reform, has won him immense respect amongst his community and other environmental activists. Carl Pope, executive director of the Sierra Club, says he fought back for his community's future. Similarly, Lois Gibbs, leader of the Love Canal Effort and founder, Center for Health, Environment and Justice, believes Ward's efforts are a lesson for all those who wish to stop the poisoning of their communities'. Lesson's from Ward's experience are particularly instructive because activism does not subsist on adrenaline and anger alone. It also requires resources.

Ward began operations on a shoestring budget but with increased involvement, the operating expenses soared. Ward sought gifts, grants, and donations. The first gift came from renowned Hollywood actor Robert Redford whose famous movie Butch Cassidy and the Sundance Kid was shot in the deserts of Utah. Among other organisations, Ward also formed the organisation 'Families Against Incinerator Risk'. The organisation got its initial funding from a philanthropist for the first year. It now has an annual budget of us $40,000.


A comparison of environmental activism in the us and developing countries like India may not be in order. Although graver issues such as poverty, unemployment, and development jostle for the limited political consciousness, the motivations, challenges, and frustrations of environmental activism, in response to the reckless ventures of government and industry, continue to be similar. Ward's story is pregnant with implications for India, which has shown little signs of wisdom emerging from disasters like Bhopal. Only a few weeks back, the American Chemical Society's Chemical & Engineering News carried a scathing attack on the environmental track record of Gujarat's chemical industry. Unless and until the people of India seek inspiration from stories like that of Ward the chances of another Bhopal will remain statistically significant.

Uday Turaga is a doctoral student at the Pennsylvania State University, usa