Popular cinema, Hollywood and Bollywood, should be sensitive and truthful while portraying wild animals 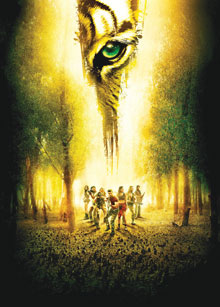 A wildlife photographer is shooting in the Sundarbans’ mangroves. He finds and rescues a tiger cub from a poacher’s trap. Before he can tell local forest officials, the cub’s mother kills him. The tigress then takes the photographer’s body and disappears. When the news of his death reaches his brother, he leaves his job as an army commando and forms a team to hunt the tigress. Ultimately, the team walks into a trap set up by poachers.

The above lines are the plot summary of the Bollywood flick, Roar, which released on October 31 this year. Directed by actor-turned-director Kamal Sadanah, the idea for Roar came from news reports. “It all began when I read a few lines in some digest about tigers leaping on to boats and taking people away,” says Sadanah.

Sadanah’s plot has drawn the ire of the wildlife fraternity. Prerna Bindra, a former member of the National Board of Wildlife, has blogged on it. “Roar shows tigers launching themselves at people and boats repeatedly to attack and, one assumes, to kill. Even a cursory Google search will tell you there is no substance to the myth that the Sundarbans tiger hunts, kills and devours man as a matter of daily routine,” she writes. “At an annual average of 21 casualties, it is far below the number of deaths caused by snake or dog bites. Even road accidents claim lives more frequently. I guess such horror stories make for a spicy masala film and good box-office returns. But they portray the tiger so wrongly and do our national animal such a great disservice. Tigers, including those of the Sundarbans, are not compulsive man-eaters,” Bindra adds.

Delhi-based wildlife documentary maker Krishnendu Bose too expressed dismay. “We have come a long way from such ideas about wildlife. Recent studies have exposed the real reasons why tigers turn to man-eating, with surveys showing us that not more than five per cent of tigers may have actually tasted human flesh,” he says.

Roar is only the latest in a series of motion pictures produced the world over, which tries to capture the complex man-wildlife relationship-with disastrous results.

Prior to the 20th century, the image of animals, especially wild ones, in the human psyche was anthropomorphic in nature wherein human characteristics were attributed to animals. This was replaced in the 20th century with the scientific and objective study of animal behaviour, ethology. 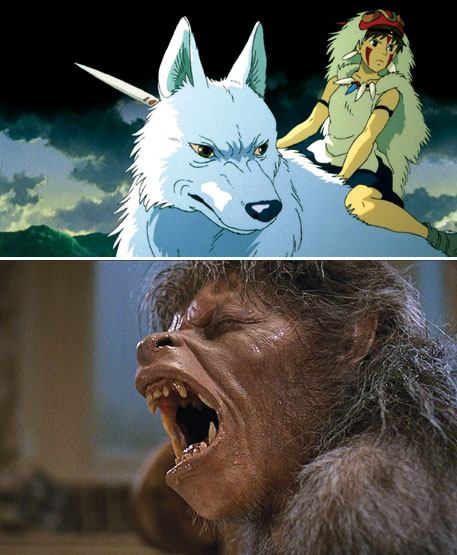 As modern film-making has evolved in the 20th century, two different strands vis-à-vis animals’ depiction in films have emerged. On the one hand, you have the ethological perspective shown mostly in wildlife documentaries. However, the dominant perspective still continues to be anthropomorphic, mostly conveyed as mass entertainment in popular cinema. This is true for both Hollywood and Bollywood.

Examples of Hollywood movies that wrongly portray wild animals include The Wolfman, An American Werewolf in London, the Jaws series, Jurassic Park, the Lake Placid series, Primeval and King Kong.

Closer home, Bollywood is worse as far as animal-themed movies are concerned. In JaanwarAurInsaan, actor ShashiKapoor is shown killing a blood-thirsty man-eating tiger with just a tree branch. Nagina has actress Sridevi portraying a shape-shifting female serpent who wreaks terrible vengeance on her enemies. Junoon, based loosely on An American Werewolf in London, shows actor Rahul Roy transforming into a tiger on a full-moon night as a result of an ancient curse.

Why the inaccurate portrayal?

So why do makers of commercial films always go for such portrayal of wild animals. According to Bhopal-based Dainik Bhaskar film critic Jayprakash Choksi, animals’ depiction as fearsome beasts is believed to be a crowd-puller. “Mothers use these stories to warn their children against venturing out alone while for adults, the beasts’ fearsome aspect shows nature’s raw and untamed power,” says Choksi.

New York-based wildlife film-maker, Tim Zimmerman, suggests in his blog that on most occasions while depicting animals, we err on the side of anthropomorphism, a concept that is based on the idea that humans are unique in the animal world, and so to assume non-human animals have intelligence, or emotion, is to assume they are like humans.

Some directors have also depicted them as companions. A video from Bangladesh that went viral in the beginning of 2013 has an interesting take on dinosaurs. The video, which was made using rudimentary technology minus 3D effects, shows children riding a dinosaur in Cox’s Bazaar, a beach in southern Bangladesh. Somehow, the video’s creators downplayed dinosaurs’ terrifying aspect and turned them into benevolent creatures that play with children and sing songs.

On the other hand, renowned Japanese animator Hayao Miyazaki uses both these depictions to tell his stories. Princess Mononoke, loosely based on a Japanese folktale, initially shows a demonic wild boar. But as the film unfolds, it brings up the debate of human-animal conflict and environmental destruction. Thus, anthropomorphic animals from Medieval Japan are combined with modern themes of environment and wildlife conservation. The theme of nature conservation runs through Miyazaki’s work.

Some think that because of such conscientious filmmakers’ efforts, the picture is not as dark as one would like to think. “Thanks to several educational programmes on television, the audience is much more aware about wildlife today. People do not accept such portrayals anymore,” says veteran wildlife filmmaker Naresh Bedi.

Most commentators agree that in today’s age of conservation, depiction of wild animals must change. “There has been a lot of new research which has shattered many myths about wild animals and their habits. For conservation, these habits should be understood before making full-fledged commercial feature films,” says Bose.

The government should take the lead in such matters. “Either the Animal Welfare Board or the environment ministry should bring out guidelines on making such films soon,” says wildlife researcher Vidya Athreya. Her research on a radio-collared leopard was adapted this year by national award winning director Sujay Dahake into a Marathi film Ajoba starring Urmila Matondkar and Yashpal Sharma.

It is now completely up to us to set right a historical wrong.