Mumbai once again on the verge of deluge, but why?

Heavy rains expose Mumbai’s vulnerability and the city’s preparedness repeatedly comes under criticism. Despite witnessing waterlogging every year, the city, like other urban centres, is not rain-ready

Heavy rains came back to haunt Mumbai and its neighbouring districts after four days of incessant rainfall led to a flood-like situation. The Colaba weather station, which covers south Mumbai, recorded 37.6 mm of rain from 8.30 am to 2.30 pm today. The total rainfall between Monday and Tuesday morning was 152 mm—the highest 24-hour rainfall this year. The Santacruz weather station, which covers the suburbs, recorded 126 mm rain from 8.30 am to 2.30 pm today. In the past 36 hours, Santacruz weather station recorded more than 216 mm of rain, according to the India Meteorological Department (IMD).

In fact, several parts of Konkan recorded heavy to very heavy rain. Between Monday and Tuesday morning, Alibaug recording 161mm of rainfall, while rainfall in the regions such as Dahanu (190 mm), Harnai (180 mm) and Mahabaleshwar (170 mm) far surpassed the volume of rain that Mumbai witnessed. Navi Mumbai, too, received 119.85 mm rain in the past 24 hours.

According to the IMD, the incessant rain since Monday is a result of westward movement of low-pressure area that had developed over Odisha and southwest Madhya Pradesh. The latter is likely to concentrate into a depression during next 24 hours. The Konkan coast, including Mumbai, expects widespread rainfall during next 48 hours. 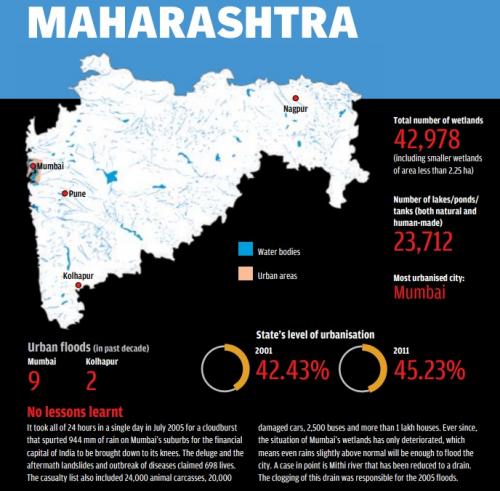 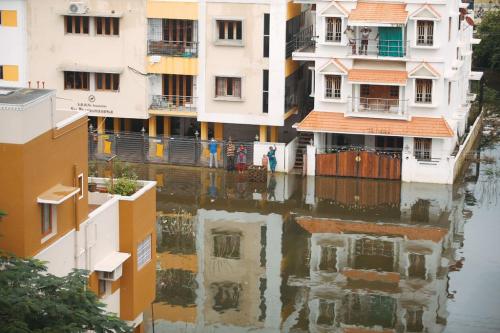 Just 10 years after Mumbai floods, Chennai witnessed the worst flooding in its history. More than 500 people were killed and over 1.8 million people were displaced. Between November 11 and 18 in 2015, the capital of Tamil Nadu received 449.9 mm of rain—a 329 per cent rise against the normal rainfall of 104.9 mm. But what fomented trouble was a total disconnect between hydrology and urban planning. The recharge structures like lakes, tanks, ponds and other wetlands were tampered with real estate mafia usurping water bodies for illegal construction. Shrinking lake area and blocked drains reduced Chennai's capacity to drain rainfall runoff. Read the full story 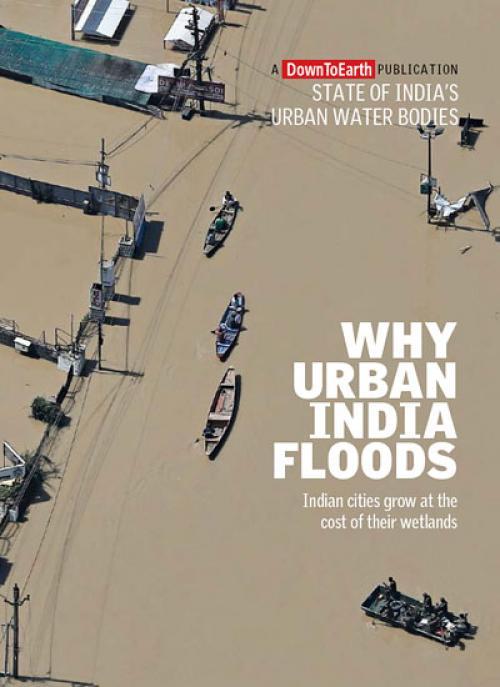 Almost all the urban centres in the country are at the risk of floods today, thanks to unfettered urbanisation and depletion of water bodies in urban areas. This book shows the problem of urban floods with case studies and explores the need for immediate action to conserve and revive our water bodies. As floods continue to ravage urban India, the solution, according to the book, lies in rethinking our urban planning. Grab your copy of the book