The condition in electrified villages is no better than that of the unelectrified ones in Bihar's Saran district. The voltage is so low that even TV sets and fans do not work properly 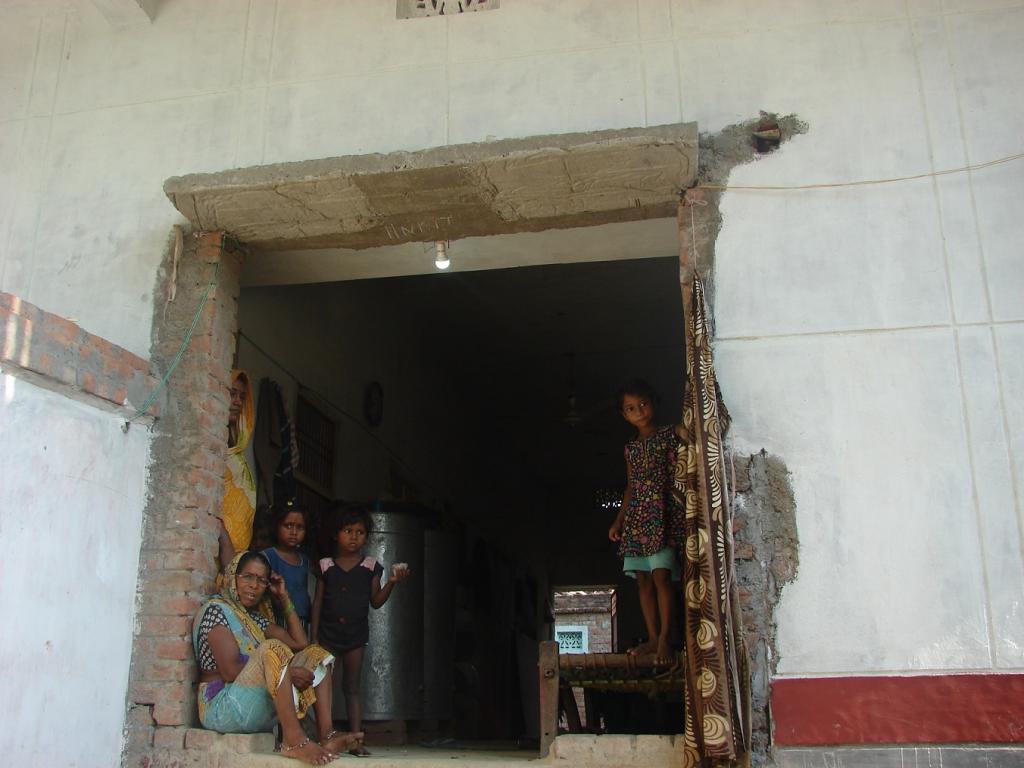 Located on the bank of the Ganges, Akilpur village in the Dighwara block in Saran is practically cut off from the rest of the block. Setting up grid infrastructure in the village is a challenge, yet the government seeks to electrify the village under the Deen Dayal Upadhyaya Gram Jyoti Yojana (DDUGJY) by 2019.

“We’ve been seeing government officials coming to survey the village for over two years now. Nothing seems to have come out of it,” says Bacha Singh, brother of village head Vinod Singh. As a result, villagers have to endure mosquitoes and the harsh summer heat without fans. “The best we can do is to sit in the shade of a tree or fan ourselves using newspapers,” Singh says as he gives me a newspaper.

Akilpur is listed as an “under progress” unelectrified village in official records. Some five per cent of the nearly 1,000 households in the village manage to get electricity from solar panels for two to three hours a day. They are heavily dependent on kerosene to meet their lighting requirements—some buy as much as 15 litres a month.

In Khajuhatti, another unelectrified village on the other side of the Ganges, grid infrastructure from DDUGJY was set up in two out of three tolas in December last year. Khajuhatti is listed as an “under energisation village”, where about 50 of its 640 households have electricity. Almost all of these 50 are part of the uttar and dakshin tola, where grid infrastructure has been installed. The rest, about 500, are part of the bean tola where poles haven’t been set up. Pravesh Kothari, field engineer from the Rural Electrification Corporation, said that villagers in the tola themselves objected to setting up poles on their land and asked the contractors to leave. The residents, however, allege that the government’s poles were faulty and it never returned to install new, functional poles. They claim that whatever work has been completed under the DDUGJY in Khajuhatti can be attributed to Reliance Communications. The government started work after Reliance set up its own poles and grid infrastructure in November. However, Reliance poles have not been energised yet.

Conditions in villages listed as “electrified” are no better. In Adhupur, though 115 of 300 households have electricity, the voltage is not reliable as only one transformer has been installed. According to Kothari, one transformer is sufficient for 100 households only. As a result, villagers complain that their TV sets do not work. Village head Dinesh Rai also says that the rich in the village have stolen electricity from the grid by diverting connections to their houses at their own cost. In some cases, above poverty line (APL) families have been overcharged up to Rs 2,000-2,200. “They take more money from those who can pay and also exploit the poor,” Rai says. Moreover, none of the households in the village have a meter to take the monthly reading of electricity consumed. Villagers claim that the electricity board sends them bills of their own accord.

In Aliaspur, village residents were handed bills of Rs 875, but they paid anywhere from Rs 1,200 to Rs 2,200 as one-time cost. In fact, below poverty line (BPL) farmers Ram Parvesh Sa, Ram Nath Sa and Gajadhar Sa have not even applied to be included in the scheme, because they claim they were being charged for the form. Village head Sagar Mahto says that BPL families that did apply were being charged Rs 39,000 on their consolidated monthly bills, which were delivered to them in intervals of two years or so. “They don’t erase the meter reading. That’s why we get big bills,” Ram Nath Sa says. On the other hand, APL families, which have to pay under the scheme, did not have to pay the one-time cost. Krishna Sa claims he wasn’t charged at all.