Picking up the pieces, at Mustafabad camp

Days after riots broke out in northeast Delhi, doctors and volunteers came together at Mustafabad relief camp to offer a healing touch to those affected 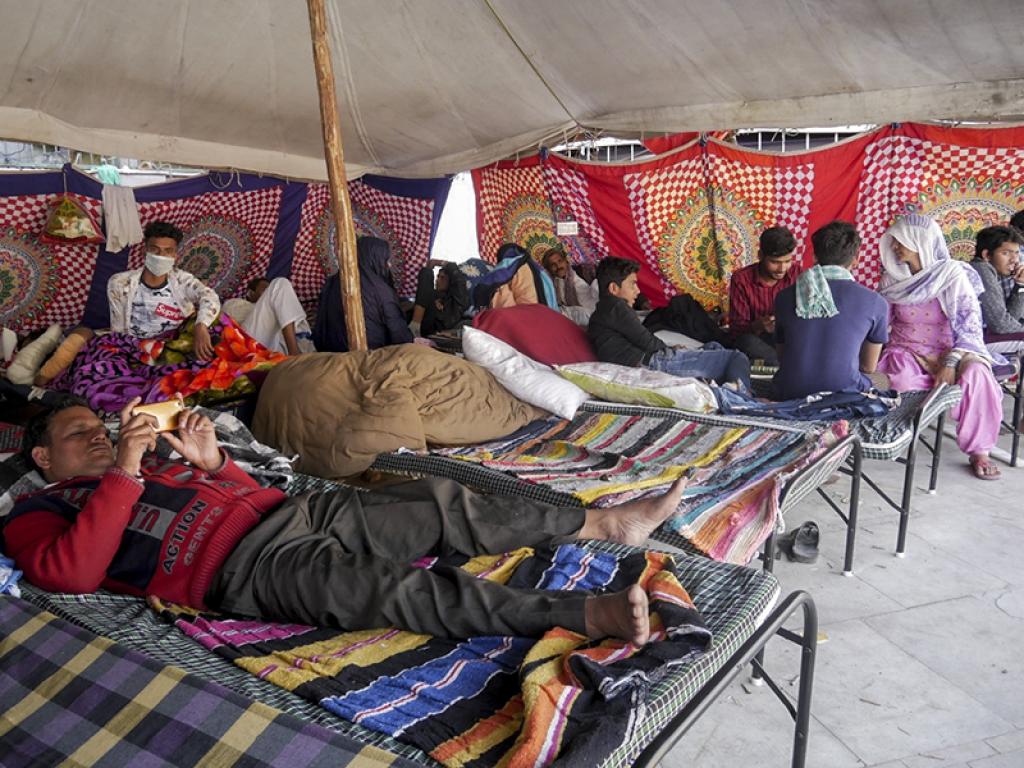 At an Idgah in Old Mustafabad that was turned into a relief camp for the victims of northeast Delhi riots. The camp was set up by the Delhi Waqf Board on March 1, 2020. The violence claimed 53 lives between February 23 and 26, 2020 and left over 200 injured. According to nodal officer Mohammed Imran, until March 12, over 770 people took shelter in the sanctum. 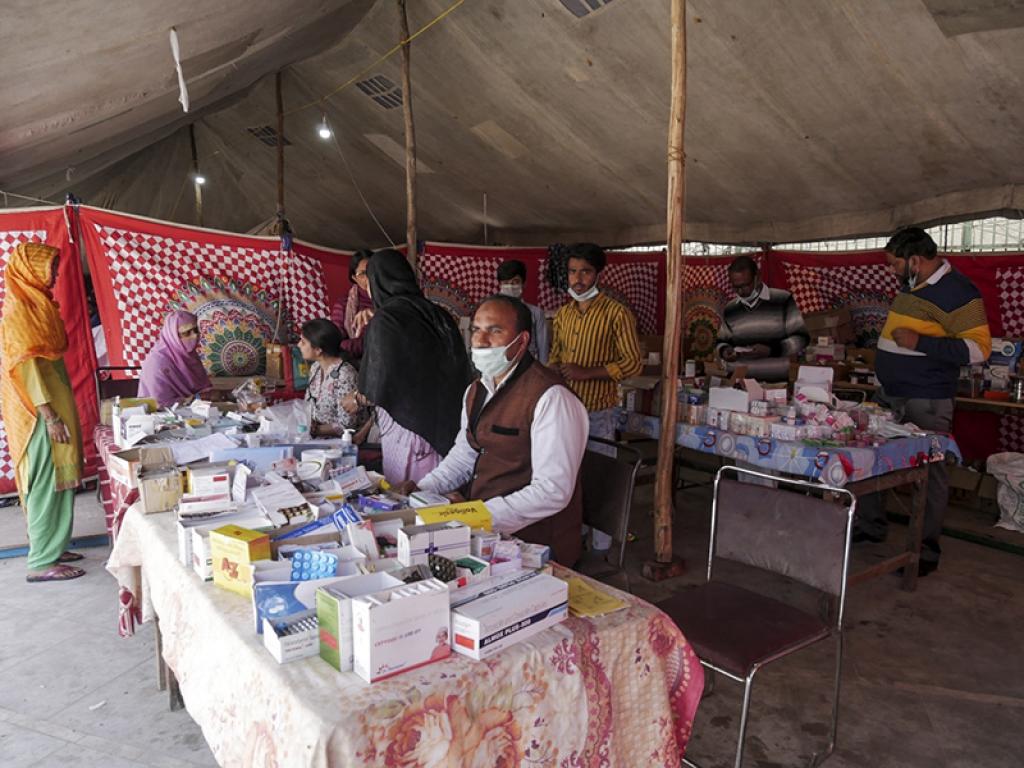 At a medical camp set up by the ‘Doctors Unity Welfare Association’. It was set up on March 3, 2020. The association has been providing medical aid to affected people free of cost. 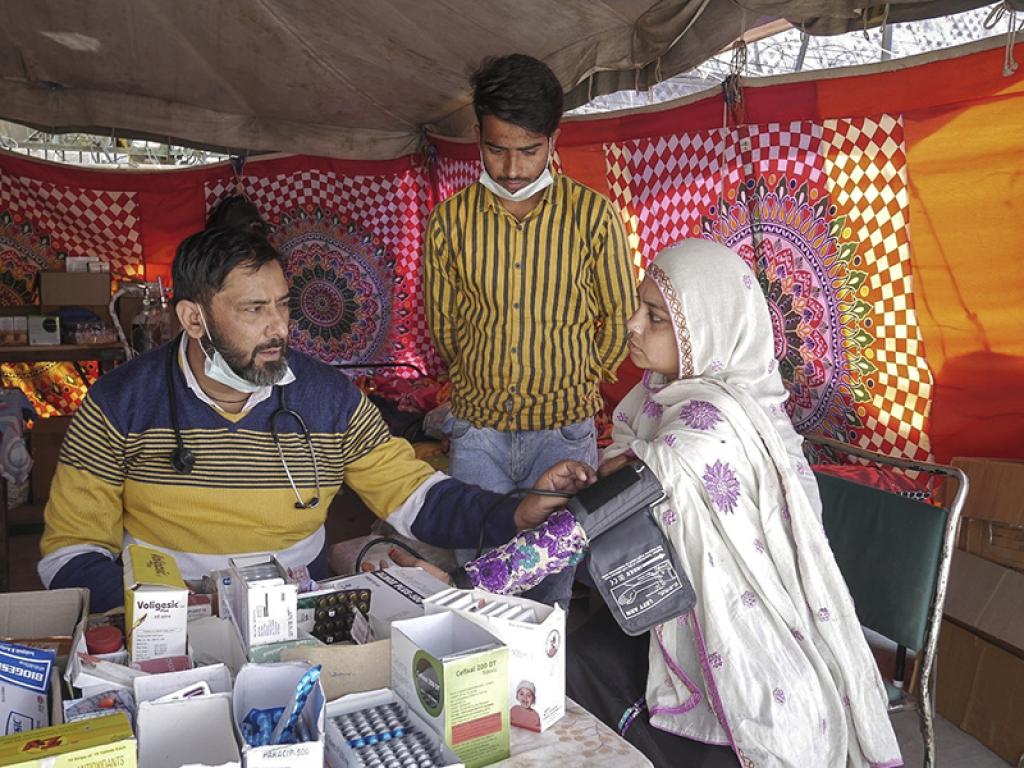 The medical camp remains open round-the-clock. The association tied up with nursing homes to look after pregnant women, and hospitals to carry out surgeries. Sanitary napkins, sanitisers, masks, gloves, etc, are distributed as per requirement. 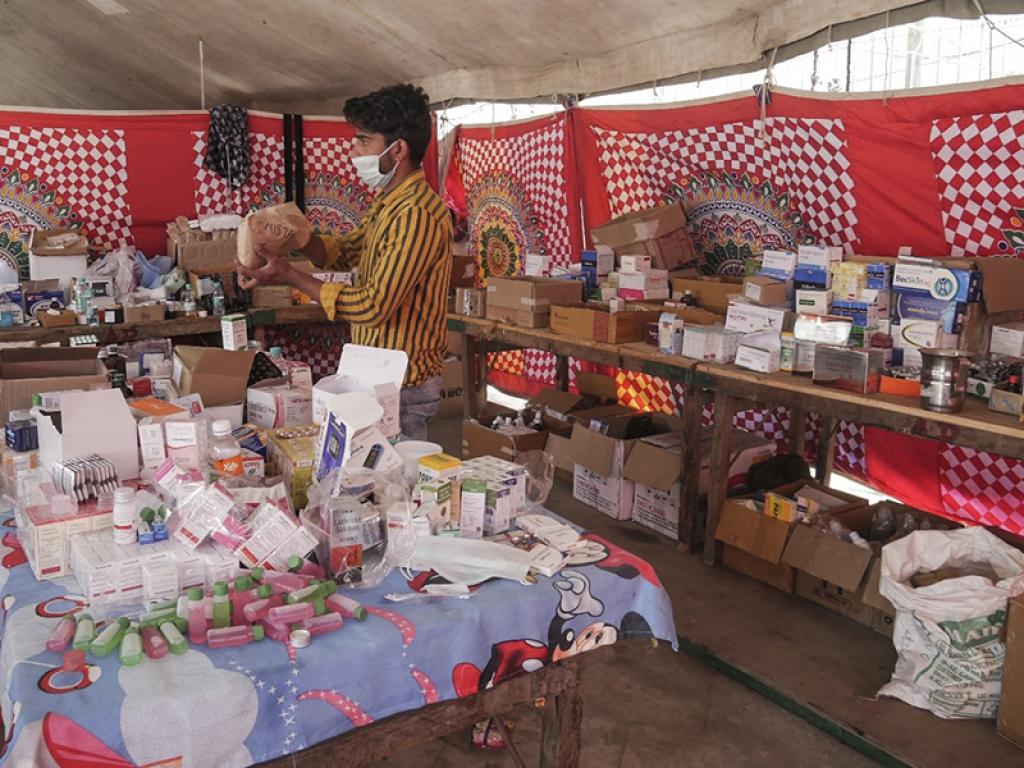 Doctors have been raising funds for medicines and other essentials. Non-profits are donating medicines and the Waqf Board other necessary equipment. 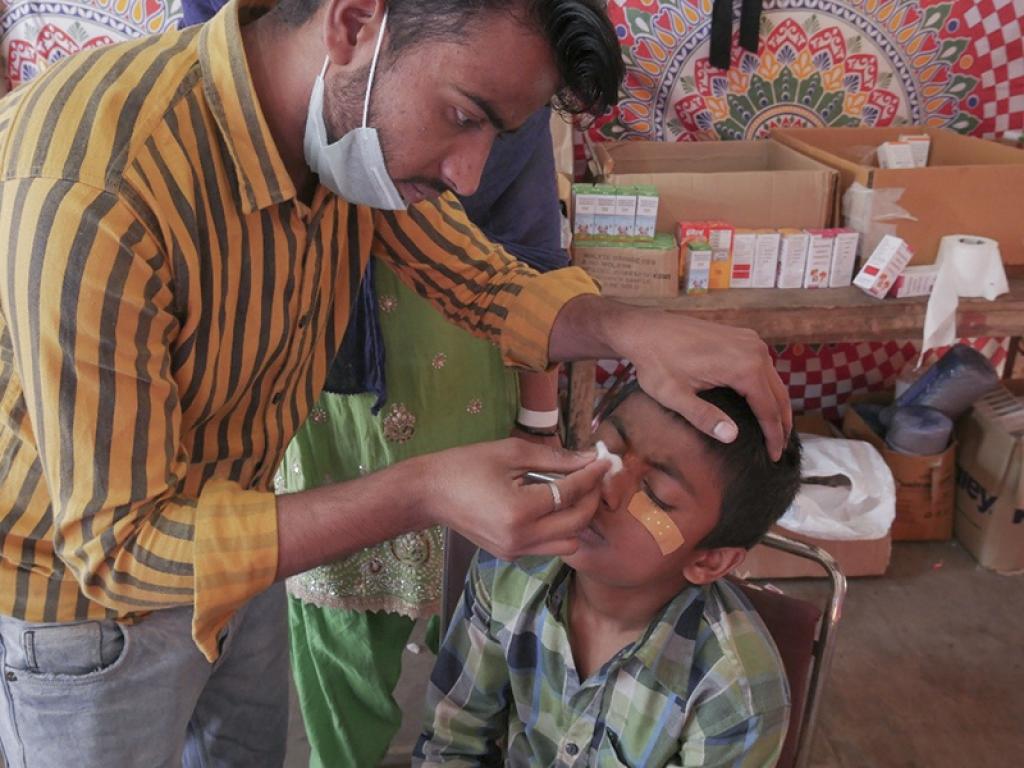 A doctor attends to a minor boy at the medical camp. Cases of insomnia, shock and trauma, urinary tract infections and other minor injuries were reported, according to Dr Wasim Qamar, the association president. 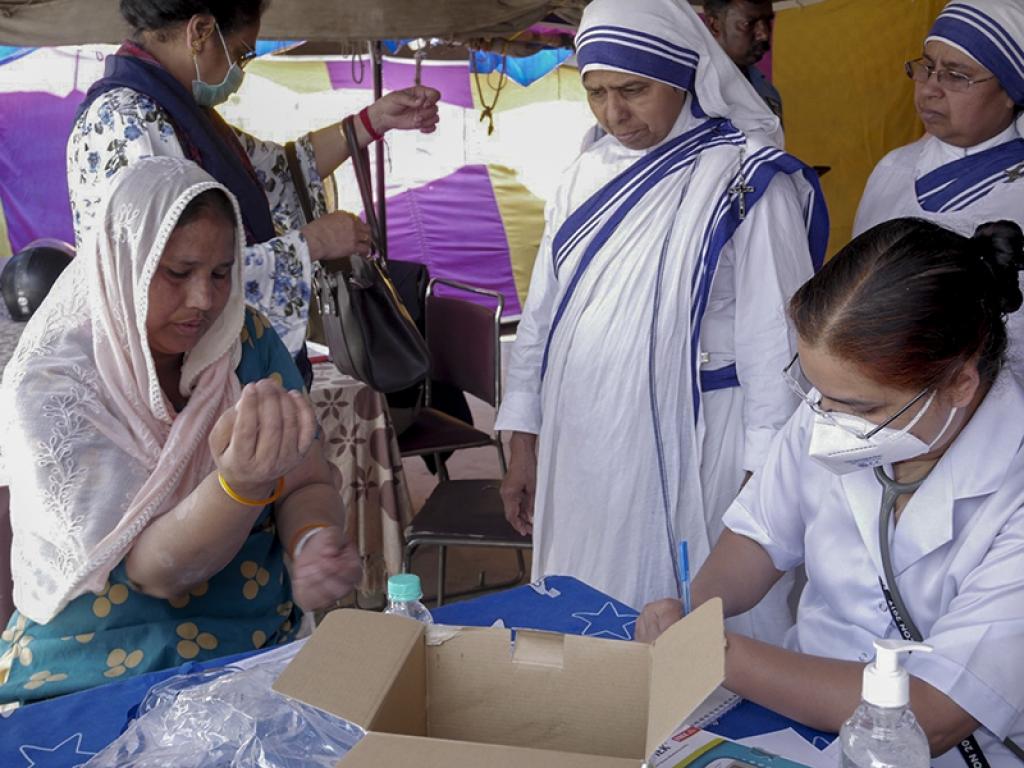 Women from the Delhi Minority Commission, too, set up a medical camp. An advisor to the commission, Anshu Anthony, told DTE that the camp was held in collaboration with the Delhi Catholic Archdiocese, whose nurses provided assistance to doctors and volunteers at the camp. 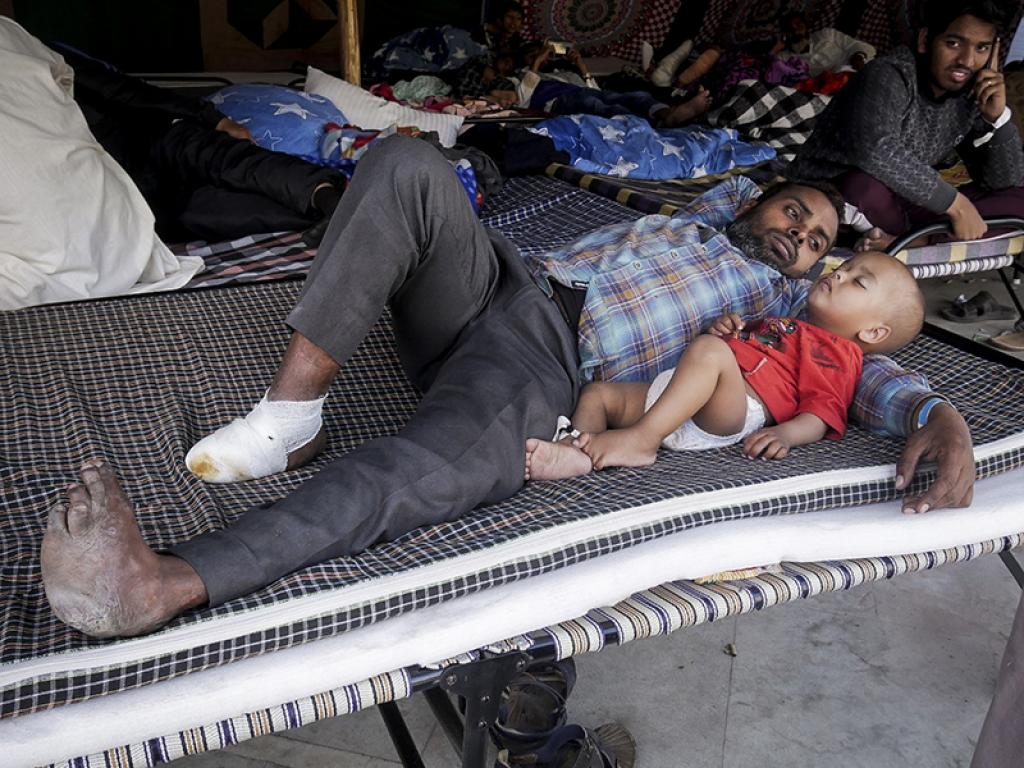 An injured man lies with his kid. According to Anshu Anthony, several people suffered from acid attacks and lathicharge wounds. He added that many new-born kids suffered from jaundice, while women battled depression. Skin allergies due to lack of hygiene were also common. 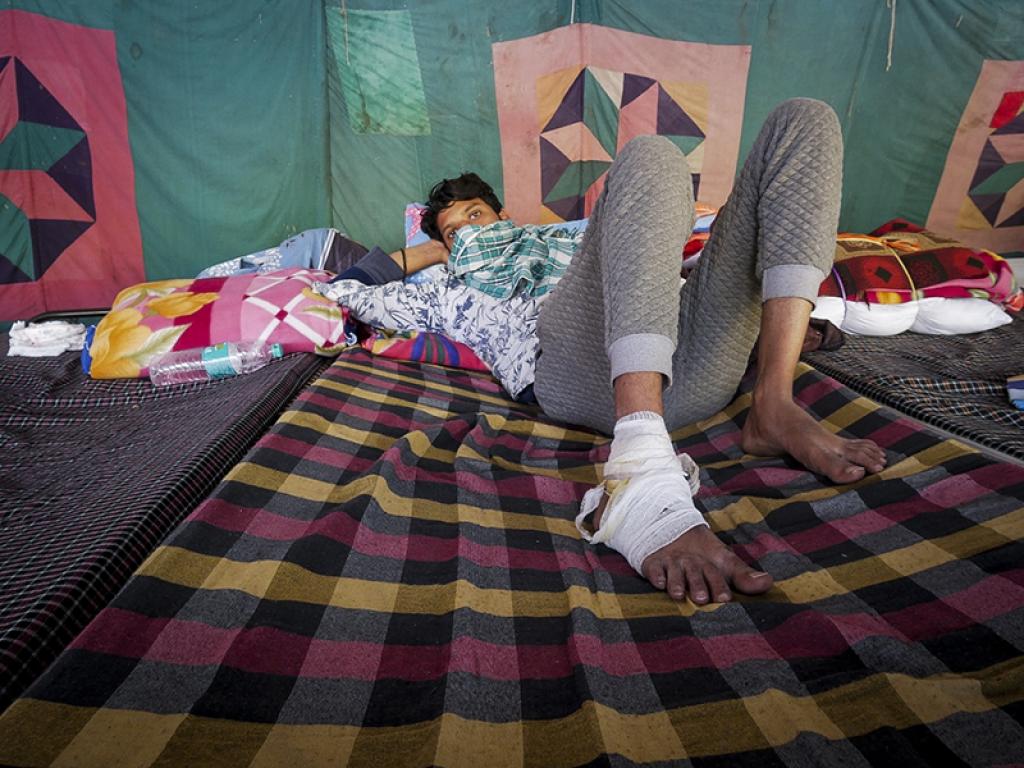 Several people were rendered homeless after their homes and shops were burnt and looted. Many did not want to go back home out of fear. 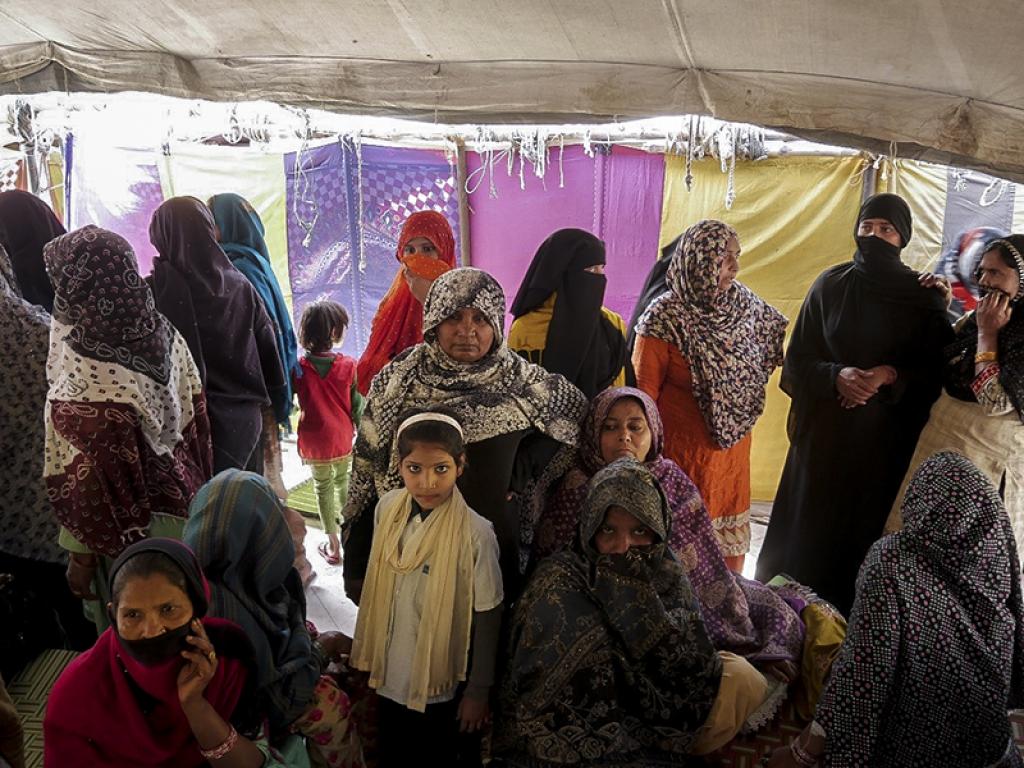 Delhi Commission for Protection of Child Rights (DCPCR) set up a counselling camp and an activity corner within the Idgah for children who were mentally affected. According to Shruty Sharma, a counsellor, many kids were unable to speak and displayed symptoms of Post Traumatic Stress Disorder. 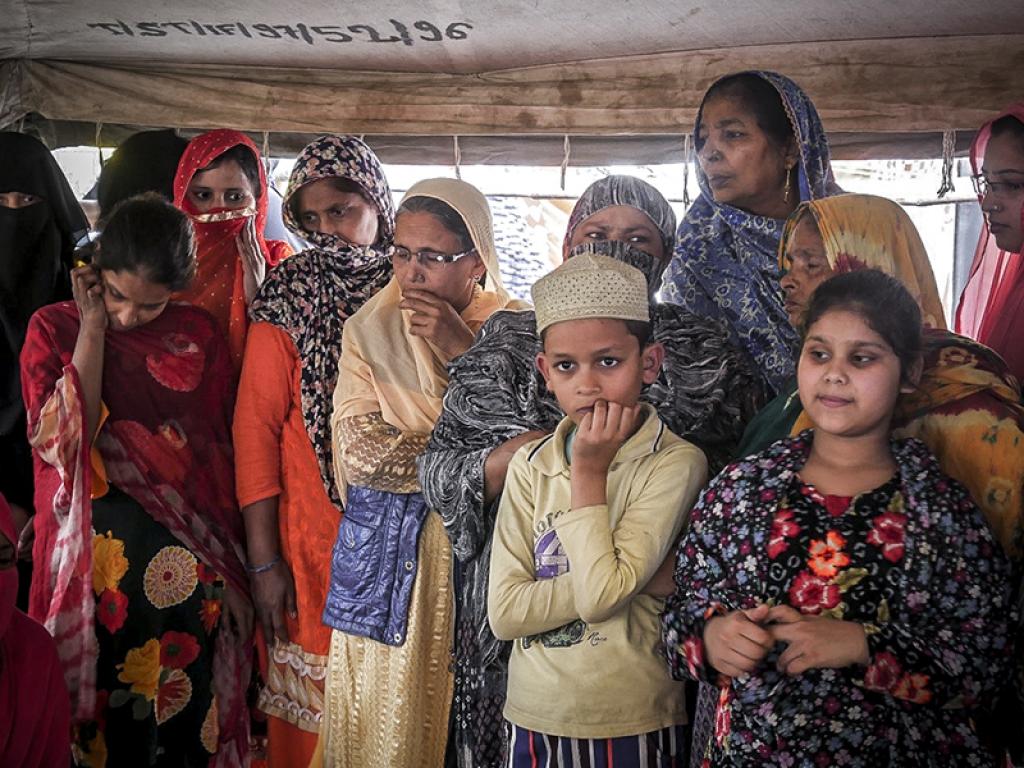 According to a Jan Swasthya Abhiyan report, the decisions taken on March 2, 2020 meeting with Delhi Government Health Department were unfulfilled. The patients were yet to get their MLC numbers, nodal officers were unreachable and Farishtey scheme extension was denied.