If the South wants to protect its interests against the power of the Bretton Woods institutions and WTO, it will need its own, equally powerful forum 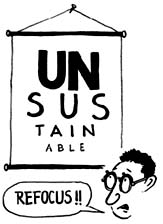 EVOLVING INSTITUTIONAL FRAMEWORK FOR
ENVIRONMENT AND DEVELOPMENT IN THE UN
The un 's attempts to streamline its environment programme have been consistent. The results have not.

The reform process began in 1992. It involved extensive reassembling and bringing all units dealing with economic and social matters under a single department. In 1993, this department was further divided into three categories, with environment assigned to one. A high-level advisory board on sustainable development was set up with ex-bureaucrats as members, but found ineffective. It was disbanded in 1997.

In 1994, the United Nations Development Programme ( undp ) made an attempt to take charge of the un 's development programme via its Agenda for Development report, suggesting the transfer of 2000-odd trust funds on development from the World Bank to undp and other specialised agencies.

In 1996, undp called for massive regrouping of un agencies, in which undp would be the integrating unit for development and humanitarian programmes.

In 1997, under the current Secretary-General Kofi Annan, the un began another round of reforms. Annan's reform programme included division of the organisation's work into four major executive groups. The development programme was split between economic and social groups such as the Commission on Sustainable Development (csd), and a development group which consisted of bodies such as undp . Most of the recommended changes were passed in December 1997.
The United Nations Environment Programme ( unep ) was created in 1972 to be the 'environmental voice' of the un . Its work programme has been taken over by other agencies and more powerful development organisations such as the World Bank.

csd , set up in 1992, was the first attempt to consolidate the environment and development agenda. But lacking in legislative powers and leadership, csd has become a talk shop without political importance. It now competes with unep to perform the same tasks, with no coordination between the two agencies. Meanwhile, several convention secretariats have been established in different parts of the world. These also show lack of coordination, and function as autocratic units.

The World Bank and undp implement their own environment programmes, with green budgets bigger than unep's.
There have been calls to bring the environmental agenda through the creation of a world environment organisation ( weo ), along the lines of the wto management of the world's trading system. Its proponents - academics, non-governmental organisations and some government leaders - would like weo to become an umbrella convention bringing together environmental conventions. The strongest calls for weo have come from those who would like to merge global economic rules with the environment. Southern diplomats oppose the idea as they see it as green protectionism. They are wary that institutionalising global environmental governance will result in stricter environmental standards, which will tighten the noose on their development.

Problem
Post-Rio years have seen the emergence of numerous environmental conventions, but there is no unified institutional framework for environment as yet. Though the United Nations (UN) has repeatedly attempted to provide some leadership, its own environment agenda is spread over several of its own institutions, which zealously guard their turf. 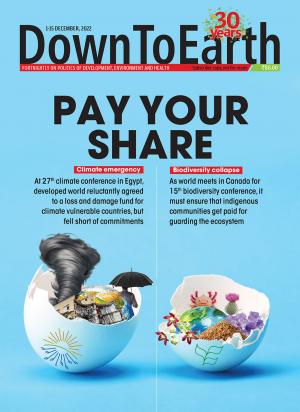