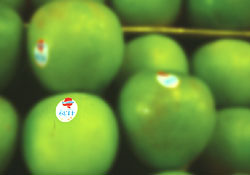 The fruit the humble eat in India is probably made of better stuff than those eaten by the high and mighty. It seems clear, on the evidence, that exotic imported fruit could have a greater and more varied pesticide content that those grown in our backyards. The reason is that most countries India imports fruit and vegetables from, use a much greater quantum of pesticides than allowed here -- the only problem is that India doesn't have comprehensive standards to deal with the problem. As for the testing technology, it's a joke.

"Countries like the us , Thailand, Australia from where we are importing fruits and vegetables are using new pesticides and other ingredients to improve productivity," says Chengal Reddy, secretary-general, Confederation of Indian Farmers' Alliance. The number of pesticides used in the us is 775, in the eu 600 and Thailand 280 compared with the 179 used in India, Reddy adds.

At present, pesticide residue check for imported fruit and vegetables is governed by the provisions of the Prevention of Food Adulteration Act, 1954, which deals with pesticides prevalent in India. As a result, the testing agencies are not even off the first block when it comes to the world of new pesticides. Then, of course, there is the question of testing infrastructure. The equipment available with the authorities can only detect chemicals used in India, not the new-age chemicals used in many other countries. So, the personnel at the check posts have to take the exporters' word for what they are sending into the country. When there is an insoluble problem, the usual solution is a 'zero-pesticide' stamp.

There is another problem -- a usual suspect. No department wants to take responsibility. The health and agriculture ministry is adept as any other at playing passing the buck. Speaking to Down To Earth, S P Kulashreshtha, deputy director of the Plant Quarantine Organisation under the Union ministry of agriculture, says: "We know about this problem but pesticide residue check for health impacts is done by the Union ministry of health." An officer in the health ministry has a riposte: "We can check and talk about pesticides we know. It's the job of the quarantine organisation to tell us about new ones."

Unsurprisingly, there has been a remarkable increase in import of fresh fruits like special brands of apples, plum, Kiwi fruit and Japanese melon from countries like the us, Australia and New Zealand after the removal of quantitative restrictions under World Trade Organization rules in 2001. Recently there has been a flood of fruit imports from Thailand after India signed a free trade agreement with zero-duty imports last year. Thailand has, as a result, inundated India's orange capital -- Nagpur -- with its produce. Vegetables like chickpea, shelled pea, broccoli and lettuce are also finding a market in India.

It's not just a question of pesticide residues. A study by the Centre for International Trade in Agriculture and Agro-based Industries (cita) found 87 pests in apples imported from the us, which were not present in India before. Vijay Sardana, executive director, cita, says that if these are the findings for a single crop, the total amount of pest imports could be mind-boggling. Quarantine authorities seem, however, to be oblivious to the problem.

This is just one part of the story. While allowing foreign imports a free run, India is losing out on exports to the developed world. Last year, more than 200 food consignments were rejected by the us and eu due to issues relating to chemical and pest contamination. Reddy says they can do this because they have the infrastructure to check a wide spectrum of chemicals and pests. As a result of these barriers to trade, India's export of fresh fruits and vegetables fell from 1.29 million tonnes in 2003-2004 to 1.24 million tonnes in 2004-2005. Financially this translates to a dip from Rs 1,457 crore to Rs 1,299 crore.

India is reaping a bitter harvest in the trade market. And if it continues to neglect its regulatory and technical regimes, it's bound to take further hits in the new international trade scenario.