Over 2,500-odd kilometers this river meanders, flowing through the lives of over 500 million people, enabling a vast basin spread over Nepal, India and Bangladesh. Historically, the rich silt the … 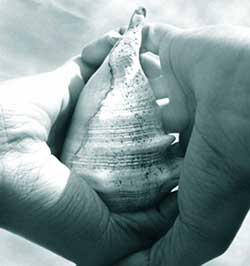 • Though the river originates in India and flows east, ending its journey in Bangladesh, the Ganga basin is spread over 1,093,400 sq km, picking up water from 4 countries

• The large part of the water is contributed from north by perennial sources in the Himalaya. The catchment on the south and west contribute seasonalyy, during the monsoon. Interesting: note the large catchment Rajasthan and Madhya Pradesh provide.

• 80 per cent of the total run-off in Ganga flows only in four months: June to September. A quick look at the average annual rainfall over different cities in the basin shows its spatial nature.

• The river flows from dry areas to wet areas in the east, causing massive floods in eastern Uttar Pradesh, Bihar, West Bengal and in Bangladesh. The floods were never considered a curse. Over the last thousands of years, the rich silt attracted millions of settlers, turning the Ganga basin into one of the most densely populated region in the world.

• BANGLADESH: The river reaches the Bay of Bengal through Bangladesh. It is joined by the Brahmaputra (contributes 67 per cent) and Meghna (15 per cent). Almost 30 per cent of the population depends on it. A lower riparian country devastated by monsoon floods, complains about unfair share of water in lean months.

• Uttar Pradesh has the most extensive network of canals. Water from Sarada/Tanakpur barrage reach Bareilly and Lucknow. Other barrages in the Indo-Nepal border supplement irrigation needs. That apart, there are a few pumped canals. The state is building an array of structures in the border to store monsoon water, as there are restrictions on Uttar Pradesh and Bihar on pumping Ganga water during lean months to make water available to Bangladesh.

• The large part of north Bihar gets flooded and the intensity has gone up after ill-concieved embankments on the Kosi and the Gandak. Large swathes of agricultural land remains underwater, forcing people to migrate

• The largest problem in the basin is the Farakka Barrage, on the Indian side before the river enters Bangladesh, that started working in 1975. Next year Bangladesh went to the UN. India has always defined the problem as a 'bilateral' one.