Conservation strategy stands on a fork in the road: one leads to animal protection in their natural habitats, or sanctuaries; the other to rearing them in zoos, for eventual release into the wild … 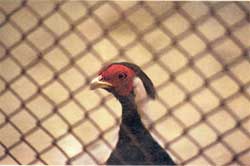 EIGHT years ago, an odd battle was fought in the US: conservators debated whether the Californian condor should be rescued from the brink of extinction through captive breeding or left to "die with dignity". There were only 5 of these giant gallant birds left in the wild and the only egg laid that year had a paper-thin shell, a defect produced by DDT poisoning. By the autumn of 1986, the condors were down to 3.

Green organisations like the National Audobon Society, Friends of the Earth and Sierra Club argued for blanket protection in the wild. They felt that it was better for the bird to "die with dignity" than to survive apathetically in captivity. Fortunately for the Californian condor, the last 3 birds were eventually taken into captivity and bred. Today, there is every hope that the bird will live -- not die -- in dignity in its natural habitat.

The case of the Californian condor is a pointer to an uproarious debate of our times: should animals and birds that face extinction be bred in captivity or should they be protected in the wild itself? Although safeguarding animals and their habitat has to be conservation's primary aim, it is a Herculean task, thanks to the rising human population and development pressures. Nothing illustrates this better than India's 20-year-old Project Tiger and the "protected area" system: the tiger is still in danger of extinction and protected areas continue to be degraded.

Some conservationists think that captive breeding will only divert resources and attention away from preserving animals in their natural habitat. A decade ago, when biologists warned that Mediterranean monk seals were almost extinct, critics contended that captive breeding would only weaken programmes to save the seals in their natural habitat. Today, there are fewer than 300 seals left.

Captive breeding can form an important back-up. Although the loss of habitat could pose an acclimatising problem, a worse scenario would be habitats aplenty but no animals. Moreover, if the stock of zoo animals is maintained carefully, they can form gene banks that will preserve the animals' genetic diversity of the animals.

The return of the Arabian oryx, a deer the size of a small pony, is a landmark in captive breeding. The oryx once roamed the entire Arabian peninsula but was virtually wiped out after World War I and the Turkish occupation. The few hundred animals left along the Saudi Arabian-Omani border in 1960 were vulnerable to quick extermination by hunters. At this point, Lee Talbot of the Fauna Preservation Society felt that the only way to save the oryx was to rear it in captivity.

So 1961 saw the launch of "Operation Oryx". The Harasis, a tribe living in the region where the oryx were to be reintroduced, welcomed the animals back and undertook to look after them.

The realisation that animals can be saved only by involving the local people is only slowly seeping in. By the time a better system of wildlife and habitat management evolves, the 3,000-odd surviving tigers will most certainly be gone and so will much of our other endangered wildlife: rhinos, musk deer, swamp deer, lion-tailed macaque, capped langurs, hoolock gibbons, red pandas, grizzled giant squirrels, marbled cats, desert cats, black-necked storks, hispid hares and pygmy hogs -- the list is endless.

In many countries, zoos have changed from recreation parks to conservation centres, but India has only just taken captive breeding seriously. The Central Zoo Authority (CZA), formed in February 1992, has taken stock of zoos and their animals.

According to S C Sharma, member-secretary of CZA, an October 1993 meeting decided that each zoo would rear one animal. The Indian chapter of IUCN's (World Conservation Union) Captive Breeding Specialist Group (CBSG) has already worked out survival strategies for lion-tailed macaques, rhinos, Asiatic lions and Sangai, or Brow-antlered deer.

"We have had captive breeding efforts for a long time, but without coordination between zoos," says Sally Walker, convenor of the CBSG. "An attempt was made to rectify this in 1982, when the ministry (of environment and forests) held a meeting of zoo directors...but the recommendations were not followed due to the lack of a mechanism. The Indian Zoo Directors' Association has also tried to coordinate breeding efforts, but they lacked a mechanism to force zoos...to comply."

The system of appointing directors and veterinary doctors for 3 years will have to go out. As N V K Ashraf, veterinary officer of an upcoming private zoo in Coimbatore points out, the directors barely have time to familiarise themselves with the administrative aspects of running a zoo in 3 years, let alone time to understand the complexities of a breeding programme.

Captive breeding is more than just bringing together 1 or 2 amorous and prolifically breeding pairs. The Sangai or Brow-antlered deer, for instance, is found only in Manipur's Keibul Lamjao Sanctuary. Only 20 survived relentless poaching and then slowly went up to 80.

Captive populations of Sangai were started in Calcutta in 1956 and Delhi in 1962, with one pair each. The 100 Sangai distributed in about 15 zoos in India are the progeny of these 4 Sangai, and have only their genetic material. This lack of genetic variety has resulted in lower resistance to certain diseases and some Sangais are infected with tuberculosis. "Genetic swamping, where the population stagnates due to inbreeding defects, has made them unfit for the wild," says Sharma.

Inbreeding can eliminate a species: a meagre 50 wild Florida panthers in southern Florida led parents to mate with their offspring and siblings to pair off, resulting in slower growth and immune system damage.

Several males demonstrated cryptorchidism, reducing reproductive capability, and over 90 per cent of panther sperm is defective. The Florida panther is in danger of becoming a victim of the "extinction vortex", a cycle of worsening conditions and inbreeding until all cats are dead.

About 500 animals are considered safe to prevent inbreeding -- too large for one zoo. The solution suggested is to distribute unrelated animals in many zoos and then carry out exchange programmes between zoos or capture animals from the wild to replace those in captivity.

Unfortunately, animals sometimes refuse to breed. The clouded leopard of India, China and southeast Asia, for example, is a difficult customer. Males attack females when brought together to breed in zoos. In such cases, artificial insemination may have to be considered.

Indian zoos also lack equipment like scanners and X-ray machines to treat diseases in the animals on time. Ashraf says that the animals should have surroundings as similar to their natural habitat as possible. The health of animals is often at cross-purposes with the needs of captive breeding -- only proper veterinary care will keep the animals healthy.

Finally, adaptation to their natural habitat entails that their behaviour be maintained. Besides, some form of behavioural enrichment is necessary in captivity. So far, few Indian zoos have created such environments.

The process of reintroduction itself is a complicated one. Says Walker, "Animals born in captivity -- with some exceptions -- cannot adjust easily to the wild. They have to be acclimatised gradually."

The skills required to survive in the wild vary from species to species. Large grazers have relatively simple requirements, whereas omnivores and carnivores need to acquire complex foraging skills. Wild mammals must also know how to recognise and avoid hazards, develop topographical knowledge and acquire complex social techniques.

Animals that are hunted by predators, for example, have to be trained to avoid them. As part of an experiment in 1992, the Wyoming fish and game department raised some black-footed ferrets indoors, while some were raised outdoors in large enclosures with natural prairie dog burrows. One month after they were reintroduced into their natural habitat, it was found that while 40 per cent of the outdoor-raised ferrets survived, only 9 per cent of the indoor-raised made it. They died as prey, not of starvation.

Exotic animals like hybrid lions are of little use to the cause of conservation. Yet, people reacted strongly when Walker suggested that the hybrid lions in Mysore Zoo be vasectomised. Some zoos have more than 50 lions of undetermined subspeciation, says Walker.

Likewise, instead of stocking up "exotic" animals like zebras and kangaroos, zoos should build up genetically healthy captive populations of indigenous endangered animals. Although captive populations have thrived in foreign zoos, breeding would be easier if carried out in the animal's own country. Rehabilitation is always easier if discrepancies between the captive and wild conditions are minimal.

Besides, as Romulus Whitaker from the Madras Crocodile Bank points out, a lot more could be done with a lot less money here. "If you were to ask me why they're keeping gharials at the Washington Zoo, I couldn't give you a proper answer. It must cost them millions of dollars. But if those who are interested in captive breeding were to say, 'Well, we don't really care about the prestige of having a bunch of gharials in the Washington Zoo, but we do care enough to support captive breeding efforts in India', that would be much better."

For many animals, it is already too late. Here in India, we have already dithered too long. If the threat to the Siberian Cranes, for example, had been realised earlier, the effort to send back captive-bred birds with the flock visiting Keoladeo National Park might have been more successful. In 1993, when 2 captive-bred cranes, one from the US and the other from Russia, were released into the park, bureaucratic delays meant that the birds hardly spent one week in the company of the wild birds, and were left behind when the flock departed. This year, no Siberian cranes showed up.

Further, by the time it was realised that a captive breeding programme would have to be started for the dusky seaside sparrow in Florida, only 6 birds were alive -- all of them male. This is the result of ennui. 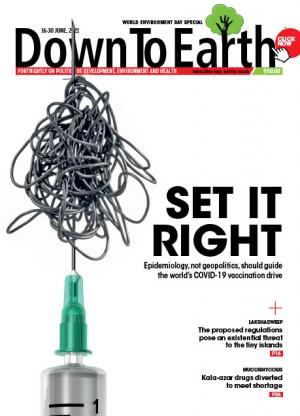