Pulse production in India is touching an all-time high, but the benefits are reaching only a few because most farmers are ignorant about the new, easier-to-grow varieties, and about agronomic …

THE INDIAN pulse scene is witnessing a curious paradox. Thanks to the development of new varieties, in 1992-93, pulse production touched a peak of 14.6 million tonnes (mt). Imports have decreased substantially, from 1.3 mt in 1990-91 to some 300,000 tonnes in 1991-92. But, despite these achievements, experts caution that the country is still nowhere near a breakthrough in pulse production.

S Lal, director of the Indian Institute of Pulses Research (IIPR), warned at a workshop on pulses held in early September in Bangalore, "We should not be complacent as we will have to go a long way to achieve self-sufficiency in this group of crops."

Recognising the need to enhance pulse production, in 1990, the Union ministry of agriculture included pulses in the erstwhile oilseeds mission, which is now known as the technology mission on oilseeds and pulses.

In the early 1960s, pulse production in India spurted to 12 mt from the 1950 level of 8 mt, because of the expansion of the area under almost all crops. The area under pulses has since kept steady at between 20-24 million ha (mha). But it was only in the 1990s that production made a further leap. This, say the IIPR scientists, is due to the spread of pulses to new areas, marginal increase in yields and development of new varieties that do well in assured conditions.


However, pulse productivity is still not high enough. Potential productivity of pulse crops can be as high as 1.5- 3 tonnes per ha -- depending on the variety of pulse -- the national average is around only 0.5 tonnes per ha. The Australians, who have started producing pulses in a big way -- the area under pulses there has increased from 0.3 mha in the 1980s to 1.67 mha in the 1990s -- obtain an average yield of 1 tonne per ha of dry land, and as much as 2 tonnes per ha on irrigated land.

Says M S Swaminathan, the brain behind the Indian green revolution in wheat and rice, "Using Indian varieties, the Australians and even scientists at the International Crops Research Institute for Semi-Arid Tropics (ICRISAT) have registered extremely high yields in pulse production with appropriate land, water and crop management technologies. We need to educate our farmers in the agronomic practices necessary to ensure high yields."


Pulses have traditionally been a neglected crop because of the instability of its yields. Farmers would plant pulses with wheat or rice as a kharif crop or in the rainy growing season as an intercrop, taking no effort to protect it against pests, disease or the weather. An entomologist at IIPR says, "Most of our farmers give low priority to pulses, cultivating them on neglected and marginal lands that do not successfully support other crops."

From the early 1970s, attempts have been made to improve pulse varieties and minimise the risk for the farmer. Pulse breeders at agricultural universities and research institutes such as IIPR, ICRISAT and the Delhi-based Indian Agricultural Research Institute (IARI), have concentrated on trying to reduce the time it takes for the pulse crop to mature and bear seed. ICRISAT scientists explain that developing quick-growing crops ensures the crop is in the field for a shorter period, and consequently, protected from the vagaries of the weather and certain diseases and pests that plague pulses that require longer growing time.

It has also enabled farmers who are primarily interested in cereals, sugarcane or mustard, to take advantage of the time between two planting seasons, when the field would normally have remained fallow, and plant shorter duration pulse crops, which mature in 60-140 days. Farmers' resistance has also been broken down by teaching them that pulses have the ability to fix atmospheric nitrogen in the soil, which improves soil fertility and enhances the yield of the main crops.

As a result of these efforts, pulses are now being grown in the irrigated belt of western Uttar Pradesh, Punjab, Haryana and northwestern Rajasthan, sometimes even as the sole crop.

Recently, ICRISAT released the world's first hybrid pigeon pea, which promises 30 to 40 per cent higher yields than its ordinary relative (See Down To Earth,). Quick-growing pigeon pea varieties, which mature in 120-140 days as compared to traditional varieties that take 160-250 days, have also been developed. These varieties are sown during the monsoon and harvested by November, in time to sow the winter cereal crop.


As in the wheat and rice revolutions, the rewards of the increased pulse production are also being reaped by a few farmers, concentrated mostly in irrigated areas. Attracted by the high prices that such pulses as pigeon pea and chick pea fetch in the market, these farmers are now growing them on a regular basis.

Says agricultural economist Y K Alagh, who is presently vice-chancellor of the Jawaharlal Nehru University in New Delhi, "The increase in pulse production is primarily because farmers in irrigated areas, especially tail-enders in canal command areas of northern India, have taken to growing them as a summer crop."

But the riches remained confined to a few farmers. For the marginal farmers in rainfed areas, who are responsible for 90 to 92 per cent of the country's pulse production, the situation has not changed a great deal. Says pigeon pea breeder S P Singh at IARI's Pulses Research Laboratory, "Marginal farmers are still growing long duration varieties of pigeon pea, which are moisture efficient, in semi-arid and neglected conditions, as in such conditions they provide higher yields."

Despite the increasing yields of some pulses, the demand for pulses has consistently exceeded production. Though India is the world's largest producer of pulses, it is also the largest importer. Says B P Singh of the National Agricultural Cooperative Marketing Federation of India (NAFED) -- the agency responsible for administering the minimum support price for pulses and through which pulses imports were first canalised, "At present consumption levels, our pulse production falls short by some 1.5-2 mt."

Pulse consumption, on the other hand, he explains, has decreased over the years. A survey undertaken by ICRISAT and the Hyderabad-based National Institute of Nutrition (NIN) reveals most people in the rural areas only receive some 37 gm of pulses each day, against a Indian Council of Medical Research recommendation of 40 gm, and an FAO/WHO recommendation of at least 80 gm in order to meet minimum protein requirements.

Says NIN deputy director N Prahlad Rao, "Notwithstanding the nutritional benefits that pulses confer on an otherwise predominantly cereal-based diet, and the agronomic advantage legume crops lend to the production system, neither their output nor their consumption levels have improved."


In the 1960s, India used to export pulses in a big way, but as production became insufficient to meet the country's domestic needs, export of pulses was banned in 1973. Traders were only allowed to re-export imported pulses after appropriate value addition.

But Indian pulses -- red lentil, for example -- are superior to those produced elsewhere and are in great demand, especially in the Middle-East. As a result, traders have set up a lucrative illicit trade, wherein they re-export Indian lentil in the guise of imported pulses. A flourishing lentil smuggling operation exists today along the west coast and the Nepalese border, contend NAFED experts.

Under pressure from pulse traders, however, the new export-import policy of 1992-97 has sanctioned export of domestic pulses, subject to licensing. But so far, only NAFED has been given a licence. Manohar Giridhar of NAFED says they are allowed to export 8,000 tonnes of high quality red lentil, and on the condition that double that quantity of lower grade pulses are imported for the same amount of foreign exchange.

Traders are pushing the government to allow free export of pulses under the open general licence, and the matter is being studied by a committee set up under A N Verma, former secretary in the department of commerce. But, with domestic demand so high, exports, even if sanctioned, are likely to be only a small proportion of production.

Though the technology mission approach has been adopted to boost pulse production in the country, it is likely to be a long haul. Pulses are a far more risky proposition than cereals, with the yields tending to be unstable. They are more susceptible to the vagaries of weather, pests and disease. Therefore, developing pulse varieties, which are both high-yielding and tolerant of stress and pests, is difficult.

Says S P Singh, "We are demanding too much of the crop." He explains that as pulses have evolved over centuries to thrive in neglected conditions, it will be some time before breeders can develop high-yielding varieties that respond to high inputs. Pulses need a lot of nitrogen, for their protein content is 20-30 per cent as compared to merely 8-10 per cent in wheat. But, as scientists have found, it hardly responds to the addition of nitrogenous fertilisers.


Though several hundred pulse varieties have been developed, most pulse breeders contend a major technological breakthrough will be slow in coming. So far, pulse research has not received as much support as, say, wheat and rice. Says ICRISAT deputy director general Y L Nene, "There has been no concerted research effort on a particular pulse. The All India Coordinated Pulses Improvement Project has had to concentrate on 10 different crops simultaneously, so the relative research attention on each crop has been less than on rice or wheat."

Moreover, seeds of the varieties that have been developed percolate only slowly to the farmers. Says Swaminathan, "The diffusion of good seeds to the field is exceptionally slow. Our seed development agencies are not geared to produce good seed, and like in the wheat revolution, we need to encourage farmers in a few villages to take up pulse seed production." These seeds, he says, can then be made to available to other farmers. 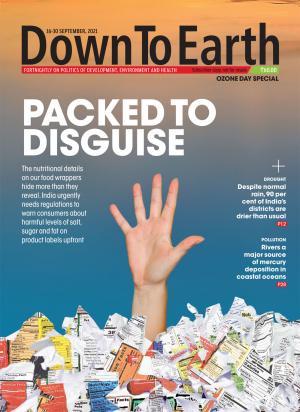