Vaccines with mercury can cause autism, but removing the metal is uneconomical for developing countries such as India 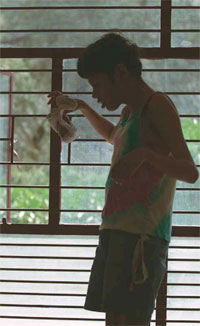 In the 1980s, worried parents and medical researchers in the US alleged that mercury in vaccines was responsible for the growing number of autism cases among children in the country. The issue was debated in medical circles, wheels moved in many western countries, but developing countries still don’t have a choice — because without mercury, vaccination is expensive.

At the root of the problem is thimerosal: this preservative with a 50 per cent mercury constituent is a key ingredient of multi-dose vaccines. These vials are about 10 times cheaper than single-dose vials, making it easier for international agencies to procure vaccines for programmes in developing countries including India. In 2000, for instance, about 80 per cent of vaccines administered globally were supplied in multi-dose vials.

But these vials require preservatives because they are used over longer periods. Thimerosal fits this requirement. So, it’s not surprising that international bodies such as the World Health Organization (WHO) and UNICEF recommend this preservative. Even those vaccine manufacturers based in developed countries who make mercury-free vaccines for domestic consumption use this heavy metal in their products for developing countries.

What are the implications?

Most vaccines used for the country’s universal immunisation programme (UIP) have a thimerosal content of 25 μg per five millilitres. Half of that, 12.5 μg, is mercury. A six-week old infant in many parts of the country is administered two vaccines, DPT (diphtheria, pertussis and tetanus) and Hepatitis B. This exposes the child to 25 μg of mercury.

Infants getting vaccinated at a private clinic are also administered the haemophilus influenza type B vaccine, as per the Indian Academy of Paediatricians’ protocol. This results in a total exposure of 37.5 μg. According to the US Environment Protection Agency, the human body can, in a day, safely tolerate 0.1 μg of mercury for every kg of its body weight. So, an average six-week infant, weighing 7 kg, can tolerate an exposure of 0.7 μg of mercury. The child is exposed to mercury levels much higher than this recommended amount on innoculation day.

The risk of mercury is even higher for the undernourished — and underweight — Indian children. At a WHO meet of the Global Advisory Committee on Vaccine Safety in 2003, it was pointed out that little is known of susceptibility to thimerosal in infants who weigh less than 2.5 kg. Moreover, children are less equipped to handle the toxic load because they do not produce sufficient levels of bile, needed to remove mercury from the body.

However, many experts contend that ethyl mercury used in vaccines is not as toxic as methyl mercury, commonly blamed for maladies such as the Minamata disease. But there are others who dispute this argument.

Thimerosal was developed in the 1930s by the US-based vaccine major, El Lilly and Company. For years the company has manipulated studies to demonstrate the safety of this mercury-based preservative.

In fact, when thimerosal was introduced, the company did have it tested, but only on 22 patients with terminal meningitis. And quite conveniently meningitis was blamed for the death of all those injected with the preservative.

More recently, Eli Lilly used the US government’s paranoia against bio-terrorism to its advantage. Along with other vaccine companies, it persuaded the US government to introduce a clause in the Homeland Security Act — brought in response to the 9/11 attacks — stipulating that these companies can be challenged only in vaccine courts, and not in civil courts. Anxious to ensure vaccine supplies against any anthrax or smallpox attacks, the US government complied.

The clause substantially reduces Eli Lilly’s — and other vaccines companies’ — liability if it were to lose a thimerosal- related litigation. In such an event, the company would have to pay US $5 billion in damages, six times less than what it would be liable for if the case was fought in a civil court.

Thimerosal has other supporters as well in the US. In 2004, the US health authority, Institute of Medicine (IOM), came out with a report, which claimed to have used epidemiological studies from around the world, to suggest that there were no links between the preservative and autism. But as journalist David Kirby notes in Evidence of Harm — a compelling study on the politics of mercury in vaccines — many experts who had exonerated thimerosal had received research grants and even donations from vaccine manufacturers.

While many US experts gave a clean chit to thimerosal, cases of autism increased in the country. In the early 1980s, only one among 10,000 children in the US was autistic. By the late 1990s, one in 500 children had the disease; currently there is one autistic child per 166 newborns in the US. Experts who incriminate thimerosal for this rise point out that mercury in vaccines more than doubled between 1988 and 1992. They also cite the contrasting example of Denmark, where autism afflicts one in 13,000 children — the country banned thimerosal in vaccines in 1992.

In another study, David Geier and Mark Geier of MedCon, Inc — a USbased private research laboratory — evaluated neurodevelopment disorders reported to the country’s Vaccine Adverse Event Reporting System. They categorised the data into groups of those who had been administered DPT vaccines with thimerosal and those who received thimerosal-free vaccines between 1997 and 2001. The former demonstrated a significantly higher incidence of autism, speech disorder, mental retardation, personality disorders and thinking abnormalities.

The evidence against mercury has not always been epidemiological. For example, a study by Mary Hornig of the Mailman School of Public Health, Columbia University, published in Molecular Psychiatry in June 2004, just months after the IOM report, showed that thimerosal caused autism-like damage in genetically-susceptible mice.

Another study by Boyd Haley of the University of Kentucky, USA, showed that mercury reduced an essential protein in nerve cells, tubulin. The protein is important for the growth of neurons and its depletion has been linked to the Alzheimer’s disease.

Thimerosal has also been implicated in other nerve disorders. For instance in 2003, David Baskin of the department of neurosurgery at Baylor College of Medicine demonstrated that this preservative can cause membrane and DNA damage, and kill nerve cells, even when administered in small amounts.

The debate has some positive fallout in the US. With legislation to remove mercury from vaccines, the levels of the heavy metal in vaccines administered to infants in their first six-months has currently come down to 3 μg from 187.5 μg in the 1980s. Experts are waiting to see if this intervention reduces the incidence of autism.

The debate can, however, compound the vaccine-related predicaments of developing countries like India, especially with the increasing awareness on the link between mercury and autism. A senior-Delhi-based paediatrician sums this apprehension quite aptly: “The fear of mercury in vaccines might deter people from innoculating their children”.

But what about alternatives to thimerosal? We do have alternative preservatives like 2-phenoxyethanol. Drug manufacturers around the world are also considering the use of other preservatives like benzalkonium chloride and benzethonium chloride. But says Varaprasad Reddy, CEO of Shantha Biotechnics, a Hyderabad-based pharmaceutical company, “We have manufactured vaccines withot thimerosal. It’s not difficult to produce them. But the WHO does not permit us to supply such vaccines to the UNICEF”.

Besides, the use of these alternatives would require a complete change in the licensing regime. For, Indian Pharmacoepia — a document that contains guidelines on drug constituents — makes it mandatory for vaccines to have mercury.

That’s not all. Extensive safety data would be needed for licensing. In fact, in the US, 2-phenoxyethanol is used in DPT vaccines manufactured by Aventis Pasteur. But a study dating back to 2000 indicates that this preservative also has neurotoxic properties. Occupational exposure to this chemical for more than a year can lead to cognitive impairments.

There are some other alternatives as well For example, the Uniject device developed by the international NGO PATH, obviates the need for preservativedependant multi-dose vials. But many experts are not too sure if the device could be a viable alternative. The device is costlier than even conventional single- dose vaccines, says Reddy. The latter costs about Rs 25 per vial, while the new device costs as much as Rs 34.

There is another problem far graver than costs of alternative preservatives. Many experts do not see the need to shift over to mercury-free vaccines. One of them Suresh Jadhav, executive director, Serum Institute of India Ltd, Pune, asserts, “There is no proof of the harm done by vaccines, only perceptions.

There are other problems. It’s not incumbent on vaccine manufacturers to put down information about the presence of thimerosal in the literature that accompanies the vaccine vials. So, some of the vaccines produced in the country such as those produced by, GSK Bharat Biotech do not mention the presence of preservative.

This lack makes it difficult for parents to take the kind of action taken by their counterparts in the US. The Union minister of health and family welfare is not totally impervious to such problems. The national technical advisory group on immunisation, a body of this ministry, is supposed to convene a meeting soon to assess the safety data related to vaccines.

If needed, the group will put an alternative vaccination strategy in place. But this meeting is long overdue. “There should be policy changes. But these should be implemented quickly without creating a scare,” suggests a senior paediatrician. Other experts assert that the government should quickly develop a low cost, effective preservative that is safer than thimerosal.

Exposure to mercury in any case is quite high in India. An autistic person needs treatment for life and the cost is very high. It’s time corrective measures are taken.
Hide All