Indian manufacturers of CFCs are no longer fatalistic about winding up, but they are banding together to overcome ploys that will gag attempts to recoup their investments 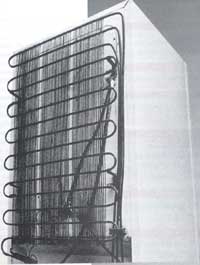 S L Wadhwa, head of marketing in Gujarat Fluorochemicals, has put his company's products on the backburner and now concentrates on promoting the company's stand on an international environmental issue.

Kaul, Wadhwa and other top-rung corporate executives belong to a new brigade that some business establishments are raising to maintain their interests amid the plethora of environment-related laws and lobbying. This trend is most noticeable in the refrigerant manufacturing industry, which is in a hurry to build up a strong presence in international fora. Says V K Jain, managing director of Gujarat Fluorochemicals, "We must share with the rest of the world our experiences in coping with the new environmental standards that are being evolved everyday."

Jain is vice president of REGMA (Refrigerant Gas Manufacturers' Association), an underutilised platform that was recently revived by 4 leading Indian producers of chlorofluorocarbons. These chemicals are used in refrigerants, aerosol propellants and foams and are the main culprits eating away at the stratospheric ozone layer.

CFCS have been in the line of fire ever since the Montreal Protocol -- committed to phase out the production of cfcs by 2010 -- came into force in 1987. India was among the 127 countries that signed this "Ozone Treaty". However, some provisions of the treaty have been perceived as loaded against cfc manufacturers in developing nations and these have prompted the Indian cfc producers to come together.

With Indian CFC units doomed to enforced retirement, producers are becoming tense. More than having to close shop, it is the timing and the perceived injustices that have left them flustered. Just when things were looking up, they decided to go along -- they really had no choice -- with the dictates of the Ozone Secretariat, the body facilitating the provisions of the protocol. But what they hadn't bargained for was CFC multinational corporations being placated by the authorities governing the Multilateral Fund, the international body instituted to replace ozone depleting substances.

When the Montreal Protocol was ratified, the deadline for developed nations to stop CFC production was 2000 whereas for developing countries, it was 2010. The 2000 deadline has since been brought forward to 1996. A special provision in the protocol allowed Western manufacturers to continue producing cfcs at 10 per cent of their 1986 quota for the express purpose of supplying the chemical to developing nations. At that time, the clause was relevant: Third World nations, despite being given an extra 10 -- and then 14 -- years in the phase-out schedule to meet "domestic needs", were hardly in a position to take care of their own requirements. Their fledgling CFC plants were struggling to keep pace with the growing demand.
But now, Indian CFC producers have come into their own -- they have even begun exporting the chemicals to other Third World markets. "In 1986, we produced around 3,000 metric tonnes of cfcs. But the scenario has since undergone a radical change. Now we have the potential to manufacture almost 20,000 metric tonnes," says Kaul.

At present, India exports 2,000 tonnes of cfcs to South Asian and West Asian nations and the volume is rising steadily. Exported at $1,100 per tonne, cfcs are a moderately important foreign exchange-earner for India. In September 1992, a UNEP report detailed the enhanced production capacities of developing country manufacturers. It was logically expected that MNCs would be told to stop export-oriented production and let indigenous manufacturers take over.

But the CFC giants were in no mood to relinquish their hold. And they were powerful enough to ensure that their interests were protected. In November 1993, at an all-party conference in Bangkok, developing countries were shocked when an amendment was passed to raise the production quota of MNCs from 10 per cent to 15 per cent.

More irksome, however, is that the 15 per cent quota is not a temporary one -- it stays in force until 2010, by when demand, as envisaged by the Protocol schedule, is expected to diminish at a steady pace (see graph). The MNCs can look forward to a huge surplus stock that will help them to rake in higher profits in the future.

Indian producers complain the Ozone Fund is out to sabotage attempts made by them and CFC manufacturers elsewhere in the developing world to recover at least a part of their investment in CFC plants. And, they claim the motive of such moves is to protect the interests of the multinationals, which reportedly exert considerable clout over the Ozone Fund.

Asks an irate Jain, "Can you find any justification for this particular decision? The Fund authorities could not have been driven by any other motive but to further marginalise our area of trade. We will suffer a loss of more than Rs 400 crore (for shutting down the CFC plants). Who will compensate us for that?"

"We do believe that the ozone layer should be protected at all costs," says Rajdeep Anand, managing director of SRF, a front-runner CFC producer and member of REGMA. "What we are planning to protest against is the raw deal we got from the secretariat."

The only way Indian manufacturers can exploit their plants to the fullest is by breaking new ground abroad. If the phase-out programme is strictly adhered to, domestic consumption will shrink in the years ahead, leaving no room for expansion of the market.

"As it is, we have to compete with giants like Du Pont and ICI, which can steal the show merely by the magic of their brand names. Now, added to this is this strange penchant of the Fund authorities to clip our wings," grumbles Wadhwa.


And that's not about all. Recently, the cfc producers went into a tizzy when they got wind of new conditions proposed to be added to the treaty, to be effective from 1995. One is to make Third World governments importing CFCs provide detailed accounts to the Ozone Fund of the amount required and also how they propose to use it. The other is to make CFC suppliers provide annually a report to the Secretariat of the requests from developing nations for CFCs and to affirm that they were used only to meet their domestic needs.

On the face of it, the new conditions appear harmless. Fund authorities explained that these measures were being introduced to ensure that industrialised nations limit their production of cfcs to the extent of the requirements of the multinationals.

But the Indian manufacturers are not buying this "excuse". Argues Anand, "We fail to see the purpose of the entire exercise. As signatories of the Protocol, governments have pledged to abide by the stipulations. Production levels should be controlled through the means of their own internal mechanisms. Why should the Secretariat be involved in this process?"

Anand and his colleagues are convinced that the real purpose behind this move is again to "promote the well-being of the MNCs", which fear that their grip on the export market might loosen as Third World manufacturers grow in strength and stature. The multinationals are being seen as trying to shift the direct interaction between cfc manufacturers and users to one at the government level, where their brand names alone can swing deals while new exporters like the Indian hopefuls struggle to establish their credibility.

With the walls closing in on them, the chief executives of SRF, Gujarat Fluorochemicals, Naveen Fluorine and Chemplast began using REGMA with a renewed vigour in February 1994. Their intention is to scrutinise the clauses and amendments introduced by the Ozone Secretariat and assess the fallout on the developing world.

With the walls closing in on them, the chief executives of SRF, Gujarat Fluorochemicals, Naveen Fluorine and Chemplast began using REGMA with a renewed vigour in February 1994. Their intention is to scrutinise the clauses and amendments introduced by the Ozone Secretariat and assess the fallout on the developing world.
Says Kaul, "We have missed too many opportunities already. If we had gauged the real implications of the changes that were brought about earlier, we could have at least been more vociferous in registering our protests and tried to garner some support on the international front."

Now the wheel has been set in motion. Special in-house cells have been set up in firms to carry out intensive investigations of treaty documents and top executives are constantly on the lookout for loopholes that might turn out to be disastrous for Indian cfc producers.

REGMA also relies on the government to gain access to official information emanating from international bodies. Building up a rapport with government delegates is a primary concern for the industrialists.

"The government representatives are quite receptive," says Wadhwa. "We meet them regularly and exchange information and opinions. We also brief them on the latest developments in the field of substitutes for cfcs, which forms the basis of their future strategy." So far, so smooth.

However, on the international front, REGMA is still a passive observer. It dispatches representatives to international meets and conferences to keep abreast of the latest decisions taken and the issues discussed. Says Jain, who attended the Working Group Meeting of the Montreal Protocol in Nairobi in July, "I tried to attend as many discussions as I could, but it is impossible to do anything truly constructive, like establish contacts with industrialist lobbies from other countries, while functioning alone. The spectrum is too broad."

REGMA plans to develop a stronger international network, but only after it has tackled problems like fund constraints and limited personnel which stand in its way. "First, we need to form a strong base in India and then foray into the international arena," asserts Anand.

Will their campaign succeed? "We have only just begun and the future is still very uncertain. But we are confident that we have embarked on the right path," declares Jain.