After 20 years of non-performance, heads of states will finally sit down to decide where, when and how they will provide people with roofs over their heads 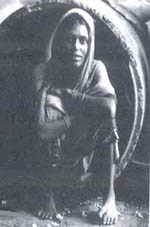 CAN there be something like an universal right to adequate housing? Habitat ii, the second UN conference on housing and habitat, slated to take place in June 1996 in Istanbul, Turkey, is expected to make major contributions to addressing global settlement problems and promoting viable solutions for them. Governments around the world are seriously preparing their agendas for the conference. Many of them are reviewing the conditions within their boundaries, and calling on NGOs and researchers in this endeavour. NGOs and citizens' groups plan to use the conference to highlight local and national problems and suggest alternative approaches. It appears that NGOs Will play an important role in this summit for a home.

Like most previous UN conferences, it hopes to attract several of heads of states in its last few days to endorse a global Plan of Action (POA), and encourage dialogue between governments and aid agencies to tackle such problems as rapidly growing levels of urban poverty and homelessness.

The need for a global commitment to ensure that everyone has adequate drinking water and proper sanitation was emphasised in the preparations for Habitat, the first UN conference on human settlements held 20 years ago. There was even 'a march for water' at the conference led by Margaret Trudeau, wife of the then Canadian Prime Minister. Delegations from 1,132 governments agreed that "safe water supply and hygienic waste disposal should receive priority."

Hectic activity is under-way for drafting the global POA, to be endorsed by governments. This plan has to reconcile the irreconciliable. It has to be agreed upon by all government delegations - yet it should be honest enough to say how little most governments have done to improve conditions in the world's cities, towns and villages in the last 20 years. It has to be acceptable to the us delegation; the US had - in the preparatory process - fought hard against accepting the premise that people have a right to adequate housing. It has to be acceptable to the world's aid agencies and development banks, most of whom give a low priority to all interventions that do most to improve housing and living conditions for low-income groups.

But the conference has greater importance and significance for the UN as a whole. Today, the role of the UN is being questioned as never before. And Habitat ii is probably the last of the large UN conferences before the year 2000. Will the series of global conferences organised by the UN during the last three decades of the 20th century on environment, population, human rights and social development (among others) be seen as important catalysts for change, or as expensive meetings producing long lists of recommendations that governments ignore?
All urban and rural settlements need local authorities that are democratic and accountable to their citizens. This means more transparency regarding decision-making and resource allocation. It means that local governments are working with the citizens, voluntary organisations and the private sector in developing settlements. Within low-income countries, good governance can improve housing and living conditions significantly, which in turn can produce a 10 to 15-year increase in average life expectancies without compromising on good economic performance through excessive public expenditure. Within higher income countries, good governance can reduce poverty and deprivation and also the problems so often associated with contemporary urban living like homelessness, crime and violence.

All cities grow out of enormous investments of capital, expertise and time by individuals, communities, voluntary organisations, NGOS, private enterprises, investors and government agencies. Over the last 20 years, many of the most effective initiatives to improve housing conditions among low-income groups have come from local NGOS or community organisations. These include new models for housing finance which allow households whose incomes are too low or uncertain to get finance from the private sector. This often achieves higher levels of repayment than those achieved by banks.

There is a growing recognition of the fact that meeting all the recommendations of the 1992 UN Earth Summit in Rio is impossible without vastly improving the environmental performances of cities. Without environmental management, problems which owe their origins to the pressure of population - such as high levels of air pollution, faecal contamination and uncollected garbage - can become almost insurmountable. Cities usually have serious environmental impacts far beyond their boundaries due to the ecological pressures of demand concentration for natural resources, and from the disposal of wastes. In the long run, no city can prosper if the aggregate impact of all cities results in an increasingly unstable climate and global warming.

Many cities, both in the North and the South, are developing their own 'Local Agenda 2 Is,' as recommended by the UN Earth Summit. These agendas talk about improving health and environmental quality and reduced resource use within the boundaries of the cities, with a less devastating 'ecological footprint' left behind in the regions from which they draw resources.

Habitat ii is to play an important role in the 'housing rights' movement, as more governments recognise that citizens have a right to housing. Although enshrining the right to housing in law does not guarantee its fulfilment, it gives - at least - an adequate basis for stronger demands. It helps protect people from forced evictions. As the campaign by the international NGO Habitat International Coalition has revealed, several million people are forcibly evicted from their homes in urban areas every year, mostly without warning and usually without compensation.

As countries rapidly go through a phase of radical urbanisation, the disparity between the rich and poor grows; the pressure of eviction is maximum on the poorest. The Asian Coalition for Housing Rights, working with local groups in South Korea, found that in Seoul alone, several million people have been forcibly evicted from their homes over the last 35 years. This included many people being evicted more than once from land that they had been given some years ago as 'compensation' for a previous eviction!


A certain caution in our optimism about the prospects offered by Habitat ii becomes necessary when we sit down to consider what has been achieved in the last 20years. Habitat I was reckoned by most of its participants, both official and non-official, to have been a great success. The Canadian government's support had made the non-government conference (held parallel with the official conference), Habitat Forum - one of the largest and best organised NGO forums ever - possible.

But Habitat i's 'Recommendations for National Action' placed most of the onus on national governments. With hindsight, perhaps it was a little naive to think that national governments would willingly promote increased equity when they so often represent the wealthiest groups, and increased participation when this means transferring some of their power to other groups.

No one involved in Habitat I would have foreseen how quickly the 'conventional wisdom' would change. The change in the ideological base of the Reagan administration in the us and the Thatcher government in UK made it unacceptable for governments to intervene in housing and housing finance markets for ensuring that low-income groups obtained better quality housing. There was also the change in the economic context for most countries in the South with rapidly mounting debt burdens, general economic decline and the social effects of 'structural adjustment'. The result has been rising poverty levels in most countries. And although the number of people living in absolute poverty is still higher in rural areas than urban areas, recent research has found that the scale of urban poverty has been greatly underestimated largely because poverty lines are set too low in relation to the cost of living in cities.

Another depressing element of the preparations for Habitat ii is the dusting of old myths about cities and urban systems. The myths appear on both sides of the fence. On one side, there are the city-haters and the lobby for 'population- control at all costs', who see city-growth as 'exploding', and 'out of control', and cities as sources of crime, environmental degradation and virtually every other human vice.

But the fact that many of the world's largest cities in both the North and the South had more people moving out in the last intercensus period seems to have escaped their notice. Again, fertility rates are generally lower in cities than in rural areas and in the more urbanised nations compared to the less urbanised ones. They also overlook the fact that virtually all the poorest countries in the world - with the highest incidence of undernutrition and the lowest life expectancies are also among the least urbanised countries.

On the other hand, there are the 'cityboosters' who make questionable estimates as to how much cities contribute to the world economy but forget that more than half the world's population and some of the poorest people still live in rural areas. They may even claim that it is urbanisation that reduces fertility rates, rather than a complex mix of social and economic changes that also contribute to urbanisation. Neither side is of much help in developing rational responses.

Much will be achieved if the conference helps to establish the understanding that settlement problems need accountable and democratic governance, and that such governance is about public authorities working with local knowledge, resources and organisations in addressing problems. Higher levels of government could be encouraged to help local authorities develop this capacity. Habitat it will also have to address the more fundamental problems such as the large and growing level of inequality within the world economy and within most nations.

International agencies would have to provide more support not only to local authorities but to community-based organisations and NGOs as well, although with checks which will ensure that both remain accountable to the people. And above all, local authorities and the populations to whom they are accountable would have to develop an increasing confidence in their capacities to come up with solutions and their rights to question the appropriateness of 'expert advice' offered from outside. 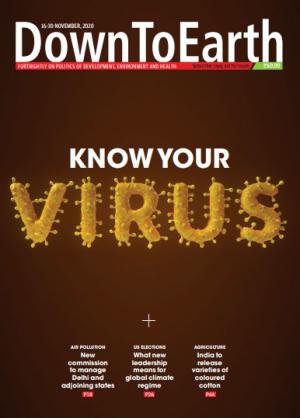