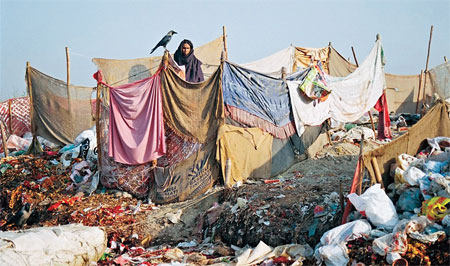 The State of Food Insecurity in the World report is an annual state of affairs report published by the FAO, the International Fund for Agricultural Development (IFAD) and the UN World Food Programme. The timing of the report is crucial. Hardly a week on, the UN General Assembly will convene and there will be much debate over the new set of development goals – Sustainable Development Goals – which will replace the UN Millennium Development Goals (MDGs) next year.

The report comes at a time when India is yet to measure its level of poverty due to lack of consensus over a poverty line. Eradication poverty and malnutrition are two key development goals. Do we expect some positive results?

To begin with, there are debates over an ambitious goal of eradicating poverty by 2030 under the new SDGs. This is probably for the first time in living memory the world is debating ‘eradication’ instead of ‘reduction’ of poverty as under the MDGs. Historic, indeed; this is for the first time in human history poverty will be pushed into past tense. But can we eradicate poverty in just 15 years?

The UN’s estimates show that the poverty target will be achieved in North Africa, East and Southeast Asia, South Asia and Latin America; but not in sub-Saharan Africa, Oceania and West Asia. Similarly, the hunger target has been achieved in a similar range of regions, with the notable exception of South Asia.

But notwithstanding this optimistic estimate, there is growing doubt on this historic goal.  Why is it that the world is experiencing chronic poverty? Chronic poverty is defined as poverty that trails a person through his/her lifetime and has the potential to be transferred to the next generation. So, this means we keep on taking people above the poverty line but there will be significant number people who will be suffering from chronic poverty or lapsing into this category.

According to this report, up to half a billion people are chronically poor, most of them in South Asia and sub-Saharan Africa. Around one-third of all those who are extremely poor – living on less than $1.25/day level – have been poor over many years and, thus, can be termed as chronic poor.

The reasons for chronic poverty are many. But the most important one is that people who move above the poverty line lapse into poverty again. This is because the efforts to treat poverty are successful in raising the economic status temporarily but not able to sustain them to a period where people escape the poverty trap.

“The road out of poverty is rarely a smooth, one-way street. Many people rise above the poverty line only to tumble back below it. Millions of vulnerable people return to extreme poverty, or become poor for the first time, when they are hit by a combination or sequence of shocks, such as a serious drought, a costly illness, and insecurity or conflict in their community,” argues the report. For example, in rural Kenya and in South Africa, the report finds, 30 per cent to 40 per cent of those who escaped poverty fell back into the trap again. In case of India, it is around 20 per cent.

So, what do we need to do? Before this we need to know where and why people are chronically poor. Most of the chronic poor live in natural resources-dense areas, most likely in forest areas. Secondly, their dependence on natural resources is high. Third, they have long history of being poor and, thus, do not have the capacity to absorb unforeseen natural shocks like disasters or personal emergencies like health issues. With each disaster, with each health cost and with each government decision that impacts these factors, a poor persons takes the first and fast step towards chronic poverty.

The MDGs have given the right political direction and efforts have been made as well to treat poverty. But post-MDGs, chronic poverty must be made into a big goal. For this to happen, all the above reasons must be factored into government programmes and policies.