Red alert in the east 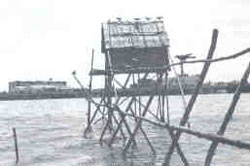 "IMAGINE: going to the office, wading through streets piled with muck, wearing sloshboots boats ... faces in the crowd hidden behind gas masks ... long queues in front of fair price shops rationing out weekly portions of fresh water (5 litres per head), vegetables and fishImutton. The last homes for greenery are the peopWs drawing rooms, while outside their homes It pilts up above the balconies ... and beggars - former && and farmers - seeking alms at their doors," says a knitiost of the Nagarik Manch, Calcutta.

It seems nightmarish, but most environmentalists believe &is is not too far-fetched a vision. At the root ofthe problem ks the rampant destruction ofthe wetlands. The Calcutta wds haw attained prime real estate status today, highly ed by developers. The total wetland cover in the city is It 300 bectares, (ha), that is, nearly 6 per cent of the city TM prke an acre of land here will fetch is unimaginable. dw goverment too feels that the best places to use up for qweding megapolis are these apparently useless, smelly, marshy expanses.

If the fact remains that the wetlands cater to the of 139 wards of what is the present-day a Municipal Area, serving more than 90 lakh Interestingly, this singular fact has been died since the days of the British, and the present ow is merely towing this line.

Hamilton, a British visitor to 19th century a6 observed, "It is not practicable to bring into r these salt marshy lands, for the most part wed by the flood..." Hamilton inadvertently d out one of the true values of the wetlands: flood cushioning.

The East Calcutta wetlands are remnants of the serum distributaries of the river Ganga. When rim changed course in the 15th century, these one ismictive, low-lying areas, filled only by tidal an from the Bay of Bengal. Eventually, landless am settled here by the zamindars set up embankment ML lesdi to the formation of the wetlands, permanently lot about half-a-metre of water. Later, in the 19th century IrWWb6 attempting to improve Calcutta's drainage, chanelised led the sewage into the Vidyadhari river, which lay east of gedwads. By 1928, siltation completely filled it up and the w w*s officially declared dead, Over the years, the Salt m6 pied with sewage, changed from being salt-water fisheries to sewage-fed-ones.

In the post-Independence period, the West Bengal government, in consultation with a firm from the Netherlands, accepted one reclamation proposal in 1953- The plan was to expand the city by about 1,012 ha in part of the reclaimed area and develop agriculture, horticulture, and fisheries on the rest.

The Salt Lake Reclamation and Development Board was formed in 1960 under the irrigation and waterways depart- ment of the government of West Bengal for the reclamation of the north-western part of the Salt Lakes. That was the begin- ning of the present crisis.

The threat to the wetlands has a large political component. In the early '80s, the ruling Left Front (LF) amended the state laws on rural land ceiling, to bring waterbodies under their purview. The second phase of rural reforms, spearheaded by the Communist Party of India-Marxist (cpi-m), started with the formation of fisherfolk's cooperatives. But political rot soon set in, and the local party bosses of the Cpi-m started using these organisations to make a career out of reforms.
Over the years, 2 distinct lobbies, the fish-mafia and the real estate mafia developed vested interests in the same area: the wetlands. Rampant criminal activity culminated in the lynching of two female officials in 1990, one of them from the UNICEF, and another, from the state government. The eventual political embarrassment for the top bosses became so severe, sources in the cpt-m say, that chief minister Jyoti Basu intervened. The peace process was financed by a real estate shark. The price paid was a heavy one. The government agreed to allow Development Consultants Limited (DCL), Owned by a friend of the top cpi-m bosses, to develop a permanent World Trade Centre on over 250 acres in the wetlands.

The other projects slated for the wetlands include another trade fair (47.6 ha), to be developed by the Calcutta Improvement Trust; a major governmental housing project (a total of338 ha); an electronics park, and a new zoological gar- den spread over 121.5 ha. A science city and a private hospital financed by a well-known investment agency have already come up.

Quoting official statistics and environmental reports, Premotosh Ghosh, secretary, South 24 Parganas Fish Producers' Association, says that any further reclamation of the wetlands would seriously affect the biosphere. He claims that the oxygen level in the city's ambient air has drastically gone down in just about 30 years, as a result of reduced plankton content in the wetlands.

Tapan Banerjee, director, Institute of Local Government and Urban Studies of the West Bengal government says, "The average wind flow across the city has already reduced by I kni/h since the eastern fringe was developed." A K Ghosh, director, Zoological Survey of India, complains, "By a very gross estimate we can say that we have lost up to 80 per cent of faunal biodiversity."

Geologists are worried about the loss of natural drainage in the city. "Developers have raised the level of land in the region, and today the topography has become somewhat saucer-shaped, which can adversely affect the drainage," says P K Shome, former head of the department, civil engineering, Jadavpur University. As a result, areas which never suffered monsoon waterlogging are regularly flooded for long periods.

There is also being created an undue pressure on the aquifers, and these are not getting recharged either. Ananda Deb Mukherjee, prof,essor of geology in the Jadavpur University, says that between the'60s and'80s, water levels in the aquifers have reduced by 20 feet. Mukherjee fws that at this rate, the threat of subsidence is being magnified.

Calcutta has no mechanical sewage treatment plant. Part of its sewage is treated in the sewage-fed fisheries which is a cost effective and durable alternative. That also is being adversely affected. Dhrubajyoti Ghosh of Calcutta Metropolitan Water and Sanitation Authority says, "This is the best and most viable 'resource recovery' method for a developing country like India. The solid and liquid wastes of the city are treated at no cost to the government, due to the wetlands and the adjoining Dhapa dump".

City developers, however, insist that they shouldle allowed to develop the area, saying they are ready to an equivalent area. They are even ready to dig deeper than the ones they would be filling up. But, says " Kakker of PUBLIC, "These people do not put any value on rich biodiversity that we would lose out on if the lost, not to mention the environmental, importance."

An official of the state government am many NGos allege covert government support "Overnight, land records are changed wetland areas are declared as agricultural land or wastelands." This makes it possible for deve" ers to buy land legally, which cannot be done a the case of wetlands.

Three major experiments have bois successfully carried out in the Calcutta weda-mdh The Mudialy Fisherfolk's Cooperative Socbety at Mudialy, located near the Calcutta " have, through a series of sedimentation purified water containing toxic industril effluents for fish cultivation and agricultural use.. 'at East Calcutta wetlands have already been declared of national importance, because they are a marvel resource recovery and recycling. And the Integrated Wetlands System (iws), has been demonstrated to replicable in "any poor country with ample sunshine". these are based on harnessing traditional folk knowledge technology. It now remains to be seen whether the people or the mafiosi. 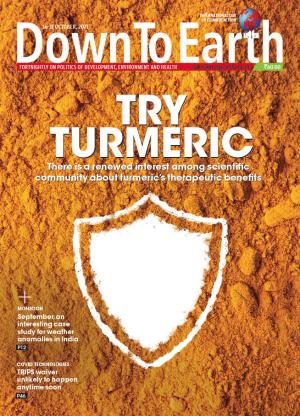