The changing face of India's lakes

Lakes are being lost or altered because of the disruption of natural processes by intensification of agriculture, urbanisation, pollution and construction of dams. A look at the state of some …

CHILIKA LAKE, Orissa: Remote-sensing studies indicate the area of Chilika has shrunk from 2,200 square kilometers originally to about 915 sq km now. The northern mouth of the brackish lake, reported to be India's largest inland lake, has been choked by heavy siltation. Nearly 200 sq km of the waterspread is covered by weeds -- a ten-fold rise in the past 13 years. Overfishing has reduced the total annual catch from 9,000 tonnes to 6,000 tonnes. Traces of toxic metals like cadmium and mercury have been found, threatening the lake's marine life. The presence of mercury could be attributed to a chlorine plant in nearby Chatrapur district.

ANSUPA LAKE, Orissa: The largest freshwater lake in the state, 80 km from Cuttack, no longer attracts migratory birds or tourists. The lake has been depleted severely in the wake of severe erosion of the catchment area. Heavy exploitation of vegetation around Ansupa, accompanied by siltation and increased growth of hyacinth and algae, is turning the lake into a swamp.

DAL LAKE, Jammu and Kashmir: The present area of this lake is 12 sq km, less than half of what it was a few decades ago. The gardens and trees that have come up along the fringes of the lake have contributed substantially to the reduction of the lake's area. The 660 houseboats and 2225 doongas (service boats) that served tourists used to directly discharge sewage and other waste into the lake. Indiscriminate dumping of garbage, municipal waste and effluents from the paper, carpet and wool industries are also polluting the lake. Today, weeds are slowly choking the lake.

LOKTAK LAKE, Manipur: The construction of a barrage on the Manipur river at Ethai has affected Loktak lake because the river is its only natural outflow channel. The waters from the hills that flow into Loktak no longer flow out at their former rate, causing siltation. The construction of the barrage has led to thousands of hectares of cultivable land being submerged. But farmers continue to use the same amounts of fertilisers and pesticides on their reduced land holdings to try and maintain output. The run-off from these fields is polluting the lake. IN addition, fisherfolk are pouring toxins to kill fish and thereby increase catches.

POWAI LAKE, Bombay: Powai lake is shrinking rapidly due to siltation, caused by heavy soil erosion in the hills. The construction of unauthorised structures, deforestation and quarrying are the main causes of soil erosion. In addition, domestic garbage and sewage from 14 outlets in the area flow into the lake.

HUSSAIN SAGAR LAKE, Hyderabad: The oldest of all city lakes is being polluted by more than 200 industries and scores of people living in make-shift quarters built on encroached land around the lake. The alarming rate of encroachment is reducing the size of the lake. Every day, upto 8 million gallons of liquid waste goes into the lake. There is also damage caused by silting of solid pollutants. There is heavy accumulation of metals like zinc, lead, copper, manganese and mercury. As a result, thousands of fish die. The immersion every year of thousands of Ganesh idols into the lake also contributes to the siltation and the paints used on the idols pollute the lake. 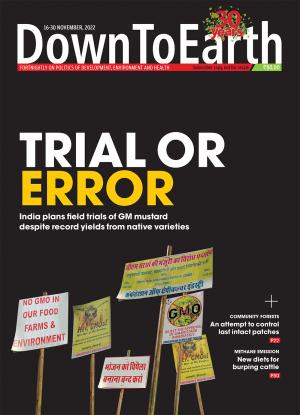