The devil and the deep sea

Home |
Indepth
| The devil and the deep sea

The United States has had its buccaneering way in the Law of the Sea treaty, angling the proposals on deep seabed mining towards the "free" market and scuttling Third World gains 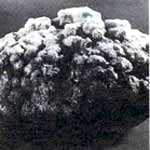 WHAT the United States proposes, the rest of the world meekly disposes. The most recent example is its stand on the Law of the Sea treaty of 1982, a wide-ranging document that covers issues like fishing rights, deep seabed mining, oil exploration, marine pollution and scientific research. After turning its stern on the treaty because it felt the provisions on deep seabed mining to be detrimental to free market principles, it has now managed to steam roll-developing nations into an agreement tailored to suit its interests.

The end product is a politically acceptable amendment to the offending Part XI,relating to deep seabed mining, that led to the US refusal to ratify the document in the first instance. The US finally signed the amendment on July 29 and the treaty came into force on November 16, 1994. Although the US Senate's ratification is awaited, the country's initial assent crowns over 20 years of tortuous global negotiations.

If the Third World is relieved at the US acceptance, Washington itself is euphoric. "It's wonderful to see this finally happen," says Clairborne Pell, chairperson of the Senate Foreign Relations Committee and an ardent champion of the treaty. "Although there's still some nervousness about it, the more people have dug into it, the more enthusiastic they have become." US policymakers have every reason to be elated at the new agreement: it concedes each one of their major demands.

Although still on paper, the original utopian vision of rendering the deep seabed's bountiful resources beyond the narrow limits of national jurisdiction as the "common heritage of mankind" has been tossed overboard. So have concepts like mandatory transfer of technology, production ceilings, and profit sharing with developing countries, which used to send the US and other industrialised nations like the UK and Germany into a blind rage during the backbreaking negotiations.

"Socialism run amok" and "Third World giveaway" became the key phrases when Ronald Reagan, a fierce proponent of the sanctity of American free enterprise, came to the helm of affairs in 1981. In a shattering blow to 14 years of diplomacy that had brought the world to the threshold of a consensus, the Reagan administration pulled the rug from under the feet of the developing world and the Soviet bloc by declaring that the US would have to undertake a policy review of the proposed treaty.

On March 7,1981, in what came to be known as "Saturday night massacre", Reagan dismissed the entire US delegation on the eve of the 10th Session of the 3rd United Nations Conference on the Law of the Sea (UNCLOS) and replaced it with a new team. International hopes of a breakthrough ended on April 30, 1982, when the Law of the Sea treaty was adopted with a vote of 130 to 4 with 17 abstentions. The 4 to vote against were the US, Israel, Turkey and Venezuela (see box: Towards an oceanic code). Among the countries that abstained were the Soviet Union and its allies, Germany, the UK and Japan. However, the Soviet Union and Japan later came around to putting their seal on the treaty.
The stalemate persisted till the end of the '80s. It soon became clear to developing countries that a treaty that excluded the US and the big maritime powers could claim little pushpower. "Informal consultations" to arrive at a compromise began is 1990, spearheaded by the then UN Secretary general, Javier Perez de Cuellar. Developing countries like India, Brazil Indonesia and Argentina took the lead in the effort to hammer out some sort of an agreement with the US. Global efforts to coopt the US and its allies into the treaty acquired a new momentum once it became clear that the treaty would come into force a year from the time the 60th ratification came in an November 16,1993.

The mood after the US ratification is distinctly gloomy is the Third World countries. There's a definite sense of capitulation which few take pains to deny (see box: A treaty diluted). "In a sense, the world is dancing to the tune of the US. The basic scheme of a public enterprise has been given up and the system has been oriented to the market. How much of the cake developing countries will get even under joint ventures, is an open question," says Bhimsen Rao, director of the Delhi-based Department of Ocean Development, the coordinating agency for deep seabed exploration in India.

"The new agreement is a 100 per cent victory for the US. The international community has bent backwards to satisfy Uncle Sam and the other maritime powers, without whose participation the treaty would have been meaningless. From the developing countries' point of view, it is a direct defeat, 11 says R P Anand, professor of international law at the Jawaharlal Nehru University in Delhi.

Nevertheless, several Indian analysts like Rao prefer to see the accord as recognition of the fact that the initial euphoria over exploiting deep seabed mineral resources may have been vastly misplaced. Today, discussion in international circles tends to focus less on the millions of tonnes of polymetallic "nodules" just waiting to be mined from the ocean floors, and more on the practical difficulties of exploiting them.

Way back in the '70s, it was seriously envisaged that commercial exploitation could begin in 1985. The new thinking is that deep seabed mining can begin on a large scale only by AD 2010. Technological limitations seem to be the biggest damper. Although some countries like the US, Canada, Germany, Japan and France have stolen a march over others in the development of deep seabed mining, finetuning of the technologies continues and a cost-effective commercial mining system is yet to be developed.

However, the doubtful economic viability of such systems is enough to dissuade even, the big powers from going full steam ahead with mining. The present investment in an integrated deep seabed mining is estimated to stand at a paltry $2 billion, mere drops in the ocean.

Low world metal prices have also sent seabed mining for a toss. After a remarkable upsurge in the latter half of the '70s, metal prices and demand have been depressed for several years. Changes in global political'equations and the end of the Cold War have led to a decline in the consumption of metals like nickel and copper by the defence sector. In the communications industry, copper and aluminium are gradually giving way to optical fibres.


Gone too is the brinkmanship between the US and the former Soviet Union that may have led to speedy moves to preempt each other from gaining control over the mineral resources of the seabeds. "The sense of urgency about rushing in to exploit the seabed that prevailed in the '60s and '70s is not there anymore. Today, it is clear that neither the US nor the rest of the world is going to gain anything immediately," says Rao.

The vagaries of international politics, however, do little to dilute the significance of the treaty, which sets comprehensive rules not only for seabed mining, but also on a range of issues like fishing rights, oil exploration, conservation, scientific research and - important from the us point of view -the passage of merchant and naval vessels through straits and the territorial seas of other countries. With its 320 articles and 9 annexetures (comprising another 125 articles), it is also one of the more complex international treaties ever to see the light of day.

Among the major gains of the treaty, which the US acknowledged even in the midst of its wrangles with the developing countries, is that it enables coastal nations to claim absolute rights over the seas within 16.8 km of the shoreline (the territorial sea), and carves out an exclusive economic zone of 200 nautical miles from a country's coastline, where they could have exclusive rights to fish and other marine resources (see box: Late to delve deep). It also recognises a claim for the continental shelf, the area lying between the shore and the first substantial fall off on the seaward side, which could extend up to 350 nautical miles. "The Law of the Sea treaty, with its definite link to the economic resources of a country, is one of the most important treaties to be negotiated since the end of colonialism," says a long-time observer.

It, therefore, made sense in more ways than one for the US to accept the treaty once its major objections on deep seabed mining had been ironed out. "Functioning within a legal regime is quite different from working outside the system," Rao points out. The change of administration in the US in November 1992, when Bill Clinton took over,may also have helped things. As US secretary of state Warren Christopher observed at the end of June 1994, it was imperative from the standpoint of the US economy and security that the country become party to the treaty. "The treaty preserves and reinforces the freedom of navigation and overflight," said Christopher.


The treaty has not, however, passed, complete muster in the US. Its critics say that Senate ratification will not be easy to come by since it will be hard to convince opponents about the benefits of the law. The hardliner approach is typified by Doug Bandow, special assisttant to Ronald Reagan for policy development during the 1982 negotiations. "Why do we need all this burdensome bureaucracy in the first place? When I was looking into this, there were all these awful predictions of shootouts in the high seas if we didn't have a treaty, none of which has happened. This is a solution in search of a problem," says Bandow. US seabed mining conglomerates are also unhappy with the treaty. "The treaty has been reduced in complexity, but it's still a treaty based on the socialist model. We will urge the Senate not to give assent," Dick Greenwald president of Ocean Mining Associates, told the Washington Post.

Should the US ratify the treaty: what next? The prophetic pronouncements, about the haves laying bare the resource of the deep seabed do not hold at least till 2010. Later, it's like the shots in the seabed will be by multinational consortia which been busy honing their technological skills. The only significant gain for the Third World lies in their fierce of the "common heritage of mankind" in the face of an equally dogged determination of the industrial powers to their own interests in the Optimistic observers believe that this vision could be a catalysts for the real global link-ups in information-sharing scientific research, however battered by the vicissitudes of global politics.
Hide All