The rise and fall of the green dot

Home |
Indepth
| The rise and fall of the green dot

IN A Bonn marketplace stands a huge wall of 60,000 empty tin cans. This monument of scrap, assembled by members of Germany's environment organisations, is a symbol of protest against an over-ambitious waste recycling programme that is known by its green dot symbol. "Waste remains waste -- in spite of green dots", is the sceptical slogan of the campaign against the Duales System Deutschland (DSD).

Now, why would anyone protest against a waste recycling system?

In the '80s, when dump space became scarce in Germany, citizens in many parts of the country opposed the setting up of new landfills and incinerators, fearing that toxic substances would contaminate the soil, air and groundwater. "No new dumps" became a common signboard along roads in the countryside and at demonstrations packed with tens of thousands of participants.

In 1987, the total waste churned out in West Germany alone was 243 million tonnes, of which around 3 per cent was exported. Only about 11 per cent of the total amount came from households, and the rest from industry, production and construction. On an average, each German citizen produced around 400 kg of domestic waste annually -- approximately half of which consisted solely of packaging material.

Recycling of waste was then low -- except for paper, glass and tinplate, of which not more than 65 per cent was collected and recycled. The "waste emergency" forced politicians to act. In June 1991, a packaging ordinance was issued, with noble objectives:

The industry and retailers were bound to take back all packaging material made of tinplate, aluminium, plastic and laminated board and to guarantee their recycling. To avoid drowning supermarkets and shops in empty tins, cans, boxes and bottles, around 600 companies from the consumer goods industry, the packaging industry and the retail trade got together and formed the DSD. Their motto: Don't let packaging go waste.

The packaging ordinance sets quotas on the amount of waste that has to be collected. By July 1995, when the system should be fully operational, 80 per cent of all green dot packaging material must be gathered and between 80 and 90 per cent of it must be sorted in a way that "material or raw material recycling" is possible. Actual recycling quotas range from 64 per cent for plastics to 72 per cent for aluminium, altogether an estimated 7 to 8 million tonnes of package waste.

The name Duales was chosen because the system is a privately organised one for collecting, sorting and recycling packaging waste which operates alongside the public waste disposal system.

Explains Bertram Wieczorek of the federal ministry of the environment, "Instead of more bureaucracy, we want to mobilise the market economy for environment protection." The idea: making producers responsible for their products will internalise waste costs and lead to an environmentally-conscious production system. The compulsion to recycle -- and dispose of -- waste would contribute to an overall prevention of waste in the first place -- the neatest solution for a waste emergency.

The most promising aspect of recycling is, of course, the increased use of waste as "secondary raw material". Plastic products or hygiene paper made of waste will save resources and energy. Research is also going on to recover raw material that goes into products -- the removal of oil from plastics, for example. The petrochemical industry has already promised that by 1995, around 500,000 tonnes of plastic waste will be recycled into a universally usable oil mixture.

The DSD is financed by companies that put a green dot on their packages to indicate that they are participating in the recycling system. Companies pay fees proportional to the cost of collecting, sorting and recycling their waste material. The cost ranges from 0.16 Deutschmarks per kg for glass to DM 3 per kg for plastics.

Customers shove empty green dot packages into designated containers. Trash collectors, who are paid by the DSD, empty the bins, sort the junk and deliver them to recycling plants set up or commissioned by the packaging industry.


The initial response to the system was overwhelming, what with consumers already accustomed to dumping waste paper and empty glass bottles in containers put up in their neighbourhoods. In 1992, DSD's first year, "upto 15 per cent less waste reached the dumps", claims the DSD.

There was further success: producers cut down the size of cartons and plastic bottles, cast off unnecessary packages and substituted plastic material that was voluminous or difficult to recycle with paper or cardboard. In the first year, the use of packaging material dropped by around half a million tonnes (3 per cent). The trend towards throwaway packaging for beverages was stopped. This is why Wolfram Bruck, chairperson of the DSD, claims that the system contributes to waste avoidance.

Unfortunately for DSD, the initial boom soon begat big trouble. Collection quotas for the first phase were greatly exceeded. In 1993, for instance, nearly 400,000 tonnes of plastic waste were collected -- four times more than anticipated. Neither the sorting nor the recycling plants had the capacity to handle the deluge of junk and hundreds of thousands of tonnes had to be deposited or were exported. When packaging material with the green dot turned up in dumps in France and elsewhere, there was a public uproar. Overnight, the claims of recycling were shattered. Although the DSD was quick to explain that these were only teething problems, the damage was done. Some people felt that their eagerness to participate in the programme had been misused; "cheating" was one of the more harmless curses spewed by people talking about DSD. Some even started to boycott the system and reverted to putting packaging material into the dustbins of the public collection system.

There were other backlashes. Licensees reneged on their fees and the unexpectedly high volumes of returned packaging resulted in higher costs. At the same time, the prices for waste tumbled. In the summer of 1993, the DSD was DM 850 million in the red and unable to pay the trash collection companies which, in turn, threatened to stop picking up the waste. Only after environment minister Klaus Topfer intervened were debts rescheduled and the programme rescued from the brink of bankruptcy.


DSD was given a new lease of life only because a breakdown would have been more expensive for the consumers -- thanks to the rising costs of the public collection system. It would also have created packaging chaos with the coming into effect of the packaging ordinance provision requiring retailers to take back all of their packaging material.

But Bruck is unfazed by the growing scepticism over DSD. He maintains that the programme promotes waste avoidance and will lead to optimal packing.

Nonetheless, critics remain sceptical. Thilo Bode of Greenpeace considers the DSD a "perversion of a meaningful waste policy", contributing little to the avoidance of waste. Instead, he says, it is only "green-washing" the throwaway packaging system.

Indeed, the impact of DSD on the growing mountains of trash has been virtually negligible. The reduction of 500,000 tonnes of packaging material in 1992 was only 0.2 per cent of the total waste production. A consulting company forecasts even less reduction in the next few years.

Most of the "substances of value" -- a genteel euphemism for waste -- can be used again only for inferior products, which have limited demand. An empty shampoo bottle will hardly be "revived" as a shampoo bottle and recycled paper is of low quality. Besides, primary materials often have lower production costs than recycled ones. The claim that there is a considerably smaller input of resources in recycling is, therefore, questionable.


One outlet for the mounting trash is exports. Although the exporting of waste is prohibited, "secondary raw materials" can be, and are, dispatched abroad, provided they are not simply dumped there but recycled. Already, German pre-sorted waste travels to Third World countries like Indonesia. But here again, the high quality and cheap cost of imported waste destabilises internal prices and the country's recycling system, threatening to throw hundreds of thousands of ragpickers and indigenous recyclers out of business.

Meanwhile, the German waste management industry has received a big push through DSD. Many private collection companies have been taken over by big power corporations, which took advantage of the financial crisis in DSD in the summer of 1993 to extend their control over it. Michael Muller, environment expert of the Social Democratic Party parliamentary group, criticises the "enormous concentration" in the waste industry. He is worried about manipulations involving producers, retailers and disposers, to the disadvantage of the consumers, who finally have to pay for the system through higher prices. To allay fears of any cost explosion, DSD has promised to limit consumer liabilities to DM40 per head per annum till end-1994.

Critics like Muller insist that instead of developing a mighty recycling economy, the avoidance of waste should be activated at the production level itself. "End-of-the-pipe" measures can have only a limited effect, especially when recycling costs are borne by consumers. As a first step towards a better waste policy, environment and consumer organisations demand that ecologically harmful packaging materials like PVC (polyvinylchloride) be banned and a clear priority be set for reusable packages for products other than beverages.

The industry is unhappy with the ordinance. Unable, or unwilling, to fulfill the required recycling quotas, it pressured the ministry to give it more time to set up capacities and reduce quotas. Also under consideration is permission for the industries burdened with "substances of value" that cannot be used profitably. This so-called "thermal recycling" -- using waste as a "renewable energy resource" -- would make a mockery of a claim to a recycling economy. Says Muller, "This is leading straight into a gigantic combustion economy."

Meanwhile, opposition is growing: a broad front of all environment and consumer organisations protested against the changes of the ordinance being contemplated because "they are intended to cover up the fact that DSD flopped". Says Hubert Weinzierl, chairperson of the environmental group BUND, "This is a new quality of people's resistance." 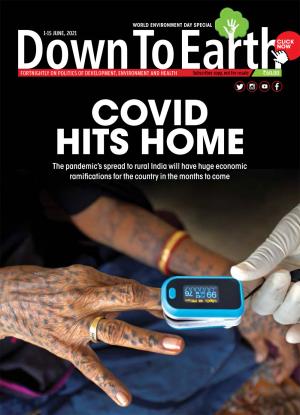