The issue of sharing West Asia's water resources threatens to explode into another Arab-Israeli war, which will shatter the semblance of peace settling over the region. 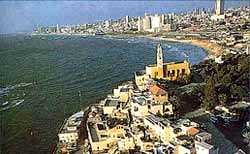 AMIDST the euphoric atmosphere, a time bomb is ticking away in semi-arid West Asia. On September 13, Israel signed the Declaration of Principles with the Palestine Liberation Organisation (PLO) and followed it up, in less than 24 hours, with the signing of the Common Agenda with Jordan. Though this has brought hopes of peace to the strife-torn region, experts warn that unless the area's limited water resources is shared equitably, another Arab-Israeli war is inevitable.

At a recent conference, the head of the League of Arab States in London, Ghayth Armanazi, explained, "In Arab eyes, Israel is bent on sucking dry every available source of water within its territorial reach." This reach is defined as the line to which Israeli troops advanced during the 1973 Arab-Israeli war. It was "influenced, if not dictated", adds Armanazi, "by the geographical frontier of the adjacent water sources in the Golan, in southern Lebanon and the banks of the Jordan".

To gain control of water sources, the Israelis advanced through the West Bank hills to the Jordan river in 1967, annexing the Golan Heights and the river's headwaters. Then, with a cease-fire due in just hours, an Israeli unit rushed to destroy a partly built dam on the Yarmuk river in Jordan. Arab leaders almost unanimously accuse Israel of exploiting the 24 km swath it controls across southern Lebanon -- to tap the Litani river. But, Israel denies this.

Last year, at the Earth Summit in Rio de Janeiro, the PLO complained, "Fresh water resources are totally controlled and managed by the Israeli occupying authorities, who use about 80 per cent of the Occupied Palestinian Territories' water resources for utilisation in Israel." It pointed out per capita water consumption in the region is 127 cubic metres per year, compared to more than 400 in Israel.

Israel has been adamant on retaining access to the area's water sources, particularly the Jordan river and the large underground reserves beneath the West Bank hills. Israeli acquisition of water sources in the region began in earnest with the capture of the headwaters of the Jordan, by far the most important river in the region, which rises in Syria, flows briefly through Israel and continues through Jordan to flow into the Dead Sea. Israel dammed the Sea of Galilee -- or Lake Kinneret, as Israelis call it -- and pumped the water into the National Water Carrier (NWC), a giant network of pipes. As a result, the Jordan valley, which has been irrigated for probably longer than any other place on the earth, lost much of its water flow.


Today, the NWC distributes to most of Israel and its settlements in the Occupied Territories, water drawn from underground sources and Lake Kinneret. The main spine supplies water to Haifa and Tel Aviv and farms in the Negev desert. A spur heads to Jerusalem and another to the edge of the Gaza Strip. But the Israelis do not allow even a drop of water into the Gaza Strip, even though it would relieve the plight of the crowded refugee camps there. NWC water is not cheap, however, either to the individual or the state. Because Lake Kinneret is more than 200 metres below normal sea level, the pumping reportedly uses up one-fifth of the electricity generated in Israel.

Israeli engineers extract about 400 million cubic metres of water each year from the lake. They also collect brackish, saline water from springs on the edge of Lake Kinneret and channel it into the Jordan river to ensure it does not pollute the NWC. Since 1964, except for two winters when the rains were heavy, the Jordan river has been reduced to a saline trickle that serves mainly as a large drain and overflow pipe for Israel, even though when the Israelis took control of the river in 1967, only 3 per cent of its catchment area was within Israel.


Overpumping of the coastal aquifer from as early as the 1950s has resulted in wells becoming saline as the aquifer's water-table dropped from its normal 5 metres above sea level to below sea level in many places today, causing a large inflow of sea water. With coastal aquifer water quality contaminated further by farm chemicals and recycled sewage used to irrigate crops, Israeli authorities are under increasing pressure to switch to other sources.

Hydrologist Ronit Nativ of Hebrew University in Jerusalem notes that "pollutants cannot be flushed to the sea because there is no longer any flow of water", and adds, "Wells are being shut down because they contain too much salt, or nitrates from fertilisers or heavy metals from sewage." Nativ also warns the salt water is permanently damaging the coastal aquifer's capacity to hold water by destroying the honeycomb structure of the rocks. Most of the water in the mountain aquifer began as rain that fell in the Occupied Territories and flowed westwards underground towards the Mediterranean. Israel has been tapping this water since the 1950s, initially at natural springs feeding the Yarkon and Taninim rivers and later from wells within its pre-1967 borders.

Says Ze'ev Golani, a leading Israeli water engineer and West Bank administrator for four decades, "This aquifer was fully pumped, with the Israelis taking about 300 million cubic metres per year and the Arabs, about 20 million." Palestinian sources say the proportion of irrigated Arab farmland in the West Bank has fallen under Israeli occupation, from 27 per cent to just 4 per cent, with about 100 Arab villages lacking permanent water supply. On the other hand, they add, about 70 per cent of the Israeli crop is irrigated.

Golani recalls that in the 1970s, Israeli hydrologists discovered a deeper, untapped water layer. Though, in theory, anyone could apply to tap this source, Golani explains, "Drilling is expensive and only governments could do it. There were no Arab bodies to organise it and so practically all the 36 million cubic metres of water per year from this aquifer goes to Israeli settlements."

Golani concedes Arab agencies asked to tap the deep-water layer, but were told all of it had been allocated to Israeli settlements. In some places, such as Jiftlik in the Jordan valley and Bardala near Nablus, he admits deep wells sucked in water from the older layer of the mountain aquifer as well and this dried up Arab wells. Jiftlik villagers also learned in 1990 whose hand controls the tap because the Israelis cut off the village's water supply as a punishment when some village youths threw stones at cars on a nearby highway.

The state of the Gaza Strip's underground water reserves, which have been contaminated by sewage is also a source of tension. Only about a quarter of the people in the densely populated Gaza Strip are served by sewers and the sewage percolates into the underground water supply and contaminates it. Besides, seawater seeps into the overpumped aquifer.

Last year, a UN team visited the area and warned, "Gaza's aquifer is being severely overexploited and salinated, to the extent that wells are going out of operation, water is becoming impotable and in certain areas, unusable, even for irrigation." Team leader John Oliver predicted, "By the end of the 1990s, they (the area's inhabitants) will effectively be out of water." Palestinian hydrologist Ibrahim Matar, who has worked on Gaza's water supply, says large boreholes drilled for Israeli farms just outside the Occupied Zone are further draining the aquifer.
The Palestinians are not the only people left high and dry by Israel. When the Israelis diverted the Jordan river, they deprived Jordan of its main source of water, creating a crisis for Jordanian agriculture. Israel has five times more water per capita than Jordan, but this paucity has had a beneficial side-effect because Jordan has emerged as a world leader in water-saving irrigation techniques, including drip irrigation. On the other hand, Israel, once rated with the best, is slipping mainly because it still relies widely on wasteful sprinkler systems.

Nevertheless, Jordan is fast running out of water and overpumping of reserves beneath Amman, the capital, is causing the water-table to drop about 3 metres annually. Though the accord with Jordan includes securing the rightful water shares of the two sides and searching for ways to alleviate water shortage, putting it to effect will prove a Herculean task.


Desperate to keep water flowing through Amman's taps and area irrigation channels, Jordan has been pumping water from beneath the Azraq oasis, in eastern Jordan, at such a rate that the oasis has all but dried up. Over the past decade, the discharge of the two springs at Azraq -- home to rare Jordanian reptiles and an important stopping-off point for migrating birds -- has declined to one-fifth of its former volume and experts warn even this meagre supply cannot be maintained for long.

Elias Salameh of the water research and study centre at the University of Jordan foresees "water becoming a highly symbolic, contagious, aggregated, intense issue, highly prone to conflict". Fortunately, the situation is not without hope. Some Israeli politicians maintain there is enough water in West Asia for all to share, provided it is properly managed and used wisely.

"Arab pumping on the West Bank," explains Golani, "only amounts to 1 per cent of total Israeli use from all sources. If they doubled their consumption -- and this would take perhaps 10 years -- it still would be only 2 per cent of total use. So, there should be an arrangement for them to pump more water and get a bigger share."

Other Israeli hydrologists say among new water resources that can be developed in the region is the Yarmuk river, which flows heavily during most winters but is virtually dry in summer. Hence, if dammed appropriately, its waters could be used to irrigate Jordanian crops throughout the year.


Experts, however, are unanimous that the solution to the West Asian problem lies in curbing water demand throughout the region. One of the proudest boasts of the Zionist movement was that Israel would "green" the deserts of Palestine. But the fact is -- as journalist Robert Fisk, a long-time chronicler of the region, points out -- Palestine was known as "the land of oranges" long before the Israelis arrived.

Hydrologist Arnon Soffer, an adviser to the Israeli foreign affairs department, maintains his country will have to "begin allocating water according to economic -- rather than political -- priorities". Irrigated orange groves in the desert, he says, do not make economic sense for Israel. Soffer notes, "Although we Israelis have difficulties with water shortages, we have flexibility."

Denouncing the anti-Arab basis of Israeli's water policy, Arie Issar, professor of water resources at the Jacob Baustein Institute for Desert Research in the Negev desert, says, "The agriculture people believe we can't let the Arabs have control of our water. But rivers such as the Jordan, as well as the underground water resources, have to be shared."

If the views of Soffer and Issar prevail in the collective Israeli ethos, then there is a realistic chance of maintaining peace in the region. But if Israel's water hawks remain adamant in their hydrological selfishness, then few experts in the area doubt the outbreak of another war in West Asia with water as the prize.