Watering down a success story

Water User Associations in Maharashtra face unforeseen hurdles despite being successful. Why is the government stalling them? 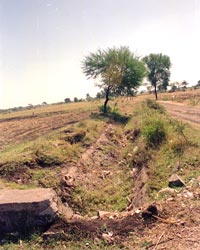 Fifty per cent of India's dams are concentrated in Maharashtra, but only 17 per cent of the agricultural land in the state gets irrigated. The irrigation department (id) presides over an unwieldy irrigation system that is in a state of acute disrepair. And, the government of Maharashtra (gom) has been unable to do much about it for it is hamstrung by a grave resource crunch. To extricate itself from this mire, it issued a resolution, in July 2001, notifying that irrigation water was to be supplied only to farmers' water user associations (wuas). But the gom's desire to use wua s as an agency for transforming the irrigation system of the state remains only on paper. It is very easy for a farmer to ask for water to irrigate 5 hectares (ha) and actually irrigate 10 ha since the volume of water is not specified. If id officials, who are supposed to monitor this, suspects anything wrong, all the farmer has to do is to tip him off. A lot of the water is thus unaccounted for. "This way, farmers are also able to withhold information about the crop they grow and the area covered, leading to cropping patterns that are different from and more water-intensive than envisaged at the planning stages of the project," discloses S V Sodal, the irrigation secretary, gom. The farmers in the association realise that water belongs to them as a group and if they take more than their share, this will directly affect other farmers. Rajubhai Kulkarni, chairperson of a wua in Ozar, points out, "whereas farmers would think along lines of how much land they had to irrigate before, they now think in terms of how much water they have and how this can be stretched to irrigate as much land as possible. This automatically leads to water efficiency." According to their records, while 150 cusecs of water, would earlier irrigate 150 ha of land, many farmers now irrigate 200 ha with the same amount of water. The efficiency of the wuas is attested by the fact that the id recovers 90-95 per cent of the cost from these associations whereas before it only managed a 25-50 per cent recovery from individual farmers, despite the fact that water-cess has been steadily increasing over the last few years. Increasing water-efficiency has been accompanied by greater productivity.

Since the management is local, the system is transparent. There is no water-theft. Everyone knows how much land the other has, what crop is grown and how much water is needed. Farmers react differently to peer pressure than on fines imposed by the id. The vigilance of irrigators in protecting their perceived right to a fair share of water keeps everyone on their toes. As Bharat Kavle of spk points out, if any farmer has a problem, he can find his man in the village itself. "Before, the farmer would have to make repeated complaints to the id. Since these were never heard, he would simply break into the system and take his water," says Kavle.

Many farmers are actually relieved not to have to deal with the hassles of lying and bribing to get water. "We did not get the amount of water we applied for and sometimes none at all. Even if we got water, it was irregular. Often if we did not apply for water we were still taxed for it. Many didn't pay because they felt that the water should be free anyway," says an old farmer, Murlidhar Kasa, who admits having paid a number of bribes in his day.

The taluka of Yeola in Nasik boasts of having the largest number of wuas (about 55) in Maharashtra. These are mostly concentrated in the middle and tail reaches of the left bank canal of the Palkhed dam and they were formed between 5-10 years ago. These wuas have now organised themselves into a federation

When the wuas in Yeola were newly formed, they got assured water but lately they have had to do with much less than their quota and have suffered great losses. This is partly due to the lack of rain that led the collector to "reserve" more and more water for drinking, but the wuas suspect that much of the water is illegally sold to rich grape and sugarcane farmers in Niphad and Dindori in the head reaches. In their attempt to uncover thefts they videotaped incriminating evidence (like submersion pipes with electric motors illegally lifting water from the canal). Mohan Gunjar, Chairperson of a wua in the area talks of how the Yeola farmers were instrumental in uncovering water thefts last year and had three guilty officials suspended.

Without adequate water, existence of wuas is threatened. The federation of wuas in Yeola has recently filed a writ petition with the High Court against the id for not abiding by the contract and supplying them their fair share of water. In spite of their difficulties, the farmers are determined to fight on. Before forming wuas most of them hardly got any water at all and having had a taste of a guaranteed hassle-free supply of water, they will not let go so easily.

Many irrigation department officers, who deal directly with the farmers, have been instrumental in setting up associations -- this is a trend that is increasing gradually. The new wuas are formed mostly at the tail ends of canals where it is easier to motivate farmers into forming associations. Some wuas have even got to the stage where each member contributes money or labour when repairs are necessary. "After joining the wua there has been a lot more sharing -- of farm equipment, tractors, ideas -- between farmers and the number of conflicts has gone down drastically", says Eknath Hari Pawar, a member of Triveni Sur, a farmers' association at the tail end of a branch of the Mula dam's right bank canal.

"Wherever farmers are forming societies they are performing well. We are convinced that this is a system that will work," says Sanjay Belsare, an executive engineer who did exceptional work in Akola in forming wuas under the Katepurna irrigation project.


There are many others in the government who voice eloquent about wua, but the government as such has done precious little to build up the capacity of the farmers' associations. The Water and Land Management Institute (walmi), a government body, is in charge of spreading awareness about wuas to farmers. According to S G Bhogle, head of department of social sciences at the institute, "In about 4-5 years we will be in a position to hand over the entire system to the farmers. It is a process and will take time". This is also a common refrain of id officials.

That the process of bringing about awareness cannot be hastened is a perfectly logical argument. But, it does not explain why a large number of associations, that have been formed, have not started functioning. According to farmers and ngos, involved in the process rehabilitation or repair of the irrigation facilities before their transfer to farmers is the biggest problem. Most of the vast network of irrigation canals lies in disrepair due to years of neglect, especially at the field level. The unlined canals are often heavily silted, weed-infested, and broken. The government is bound by a contract to rehabilitate irrigation systems before handing it over to wuas. It has not been able to do so in most cases, pleading lack of funds. 590 associations, almost twice the number of functioning associations, have gone through the tedious procedure involved in registration only to be held up by official inability to give the farmers a functioning workable system to take over.


The cash-starved gom has approached the World Bank (wb) for funds under the 'Jalaseva Sudhar Prakalpa' or surface water improvement scheme, which would help pay for the repair of the canal distribution systems. The wb insisted on an "enabling legal framework" that would ensure that the funds are properly spent. This led the gom to produce the draft Maharashtra Farmers Management of Irrigation Systems (mfmis) Act -- largely a copy of a similar act already in place in Andhra Pradesh. The act has been held back by vested interests with substantial political clout and consequently most of the funds have not come through from the wb.


Under the id managed system farmers at the head ends siphon of the lion's share of the water. According to V V Gayekwad, who was very active in forming wuas in Solapur when he was Superintending Engineer of the Ujhni project, "Being closest to the source of water, these farmers have enjoyed the double benefit of assured irrigation water as well as percolation from canals into their wells and tanks. In fact many farmers dig wells close to the canals. When water flows in the canals, they withdraw water from wells causing more percolation into them from canals." They have become rich over the years and are in a position to exert political pressure. "This is especially true of the older irrigation systems like that in the Godavari, Neera and Praora basins where farmers are used to cultivating perennial crops and fear that their water would be restricted," he explains.

The powerful sugarcane lobby of Maharashtra also has vested interests in the old system. More than 60 per cent of irrigation water goes to about 3 per cent of the area of the state, which is where sugarcane is cultivated. This too was initially encouraged by the government to promote sugarcane as a cash crop. Today, even in areas where there is no water, sugarcane factories are set up. Sharad Pawar, ex-chief minister of the state, has often voiced the opinion that "There are as many sugarcane factories as there are politicians -- the first thing they do after coming to power is to set up a factory".

As things stand, the system is unable to pay its way and even id officials are not been paid regularly. Many of them hope that the act, once passed, will give legal backing to the government to force those not wanting to form wuas to fall in place. Bharat Patnakar, an activist in southern Maharashtra, feels that the delay is all a build up to privatisation of the irrigation system. Though Sodal is quick to allay such fears, given the government's tendency towards privatisation this possibility cannot be ruled out.

Experience has shown that wuas have the potential to solve many problems that the irrigation sector faces, such as poor management, corruption and inequity in water distribution. It will take enormous determination from those who support wuas to overcome these hurdles. To add to complications, the Andhra Farmers Management of Irrigation Systems Act 1997, upon which the draft mfmis is based, is not a good model. Representatives of the ruling party in Andhra Pradesh have taken control over the wuas, making them an extension of the political system. Moreover, wuas depend entirely on funds from external agencies such as the World Bank. But Maharashtra is lucky to have many good examples of functioning wuas. It has all the ingredients to be the state that could show the rest of the country the way forward.
Hide All