'The sugar sector is highly politicised'

Sandip Sukhtankar is associate professor, department of economics, University of Virginia, USA. He has authored a critically-acclaimed paper Sweetening the Deal? Political Connections and Sugar Mills in India. He spoke to Down To Earth 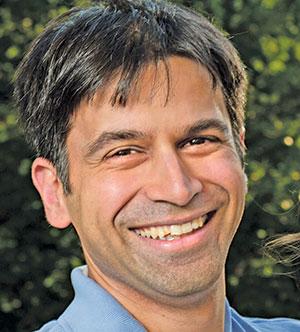 The ratio of cooperative and private sugar mills in Maharashtra has now reached 50:50. What are its implications?

When I started the research for my paper 15 years ago, over 90 per cent of mills were cooperative. Cooperative mills may be going private for at least two potential reasons: first, the mill is in poor financial health and a private investor buys it out because the investor believes he/she can run the mill better; or second, a politician figures out that he/she can extract better rents from running the mill directly rather than through the cooperative model (which has internal elections). If it is the latter reason, which I fear it is, then the implications are that the sector will continue to be politicised.

Uttar Pradesh has now become the largest sugarcane and sugar producer in the country and the contribution of private sugar mills is more than 90 per cent of the state’s total sugar production. How do you see the political dynamics of these private mills in state politics?

If the mills are run by private investors with a pure profit motive, then the main worry is whether the monopsony power inherent in sugarcane processing will mean that farmers will end up worse off. If these mills are being run by politicians, then the fear is that farmers may still be worse off, and the taxpayer is also worse off as politicians extract rents from farmers (lower prices in the way of “contributions” to political causes) as well as the government by directing agricultural credit to their own mills.

In the age of World Trade Organization (WTO), there are restrictions on export subsidies which regulate world trade. How do you assess its impact on domestic development?

I have pointed out (as have others!) in previous oped pieces that the dual interference in both sugarcane and sugar sectors can lead to boom and bust cycles in this sector: there is a big tangled web of subsidies, levies, import controls and price regulation.

Undoing certain regulations (say because of WTO), but sticking with others is not going to solve this problem, particularly in the long-run.

In your long years of research on sugar politics, what aspect has struck you the most?

How the insane level of interference in this sector is leading to convoluted policies.