What's the fuss about Bt brinjal?

Mohammad Rafiqul Islam Mondal, director-general of Bangladesh Agricultural Research Institute (BARI), is among the handful of people who have tasted the first genetically modified (GM) food grown in his country. "See, nothing has happened to me," he says. The brinjal came from the fields of three of the 20 farmers chosen to cultivate the vegetable. In an interview to Jyotika Sood, Mondal explains why Bangladesh decided to grow GM crops. Excerpts 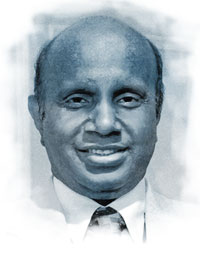 Why did Bangladesh decide to grow Bt brinjal when India and the Philippines had already rejected it?

Brinjal is grown year-round in Bangladesh and is an important source of income for small-scale farmers. It is the third most important vegetable in the country in terms of acreage. But we lose 50 to 70 per cent of the yield because of infestation of fruit and shoot borer (FSB), an insect pest. Farmers were fin-ding it difficult to tackle the intense pest attack and started adopting scores of methods to destroy them—from using highly concentrated pesticides to pesticide cocktails. But there was no respite. At this time Bt brinjal was the only solution and we accepted it.

As far as India is concerned, I think it maintains double standards. It grows Bt cotton (90 per cent of the cotton grown in India is genetically modified), consumes edible oil from it, yet bans Bt brinjal. All over the world, developed nations are growing GM maize and GM soyabean. South Asian countries, including India and Bangladesh, import soybean oil and maize products from these countries. So what is the fuss about?

When did BARI decide to start Bt brinjal project? Did your scientists carry out independent studies?

Advantages of Bt brinjal had already been reported in various studies conducted outside Bangladesh, especially in India. So in 2006 we decided to start the project. After the Bangladesh government gave its approval, we imported seeds from Maharashtra Hybrid Seed Company Ltd (MAHYCO), an Indian company.

The seeds were kept in an isolated field at BARI headquarters and seven regional agricultural research stations in Rangpur, Jessore, Mymensingh, Tangail, Bogra, Dinajpur and Jamalpur districts. The fields were isolated by placing barbed wires around it and we did not allow same crop species to be grown within 200 metres. We saw a sizeable increase in yield.

A variety of safety studies were also conducted before we started the project. These included feeding studies on chicken, fish and cow. The studies demonstrate that the gene inserted into brinjals does not cause adverse effects on humans, wild and domesticated animals, birds and fishes, and non-target insects.

Bt brinjal went through a rigorous safety mechanism over seven years before it was allowed to be commercially cultivated.

Will there not be intellectual property rights issues? Will BARI and Bangladesh government pay royalty to MAHYCO?

Absolutely not. Bt brinjal is a government-owned and government-led project. Although it is funded by United States Agency for International Development (USAID), BARI is the sole developer and owner of local Bt brinjal varieties. BARI retains responsibilities as well as the rights of ensuring that Bt brinjal is safe for farmers to cultivate and for consumers to eat. Given that the technology was donated as a public good for the benefit of small farmers, it is obvious that BARI has no royalty obligations to MAHYCO or Monsanto. MAHYCO was the original developer of Bt brinjal in India. But what it developed was hybrid, we developed varieties. MAHYCO donated the gene it licensed from Monsanto to BARI to create Bangladeshi Bt brinjal cultivars in farmer-preferred varieties.

There is no profit motive in the project—it involves new seeds developed in the public sector for the common good of the wider community. Seeds will be distributed at a nominal cost, far below the production cost. Besides, there is no way farmers can be restricted from saving seeds and replanting them.

There are international studies which show that GM crops have many harmful effects. A study conducted on rats by French scientist Gilles-Eric Seralini shows the rats developed tumours and other problems when they were fed GM maize.

There are reports on toxicity of GM crops, but they are very few. On the other hand, the majority of the scientists support GM in their studies. Bangladesh does not have a toxicology laboratory, so we could not conduct in-house toxicology tests for Bt brinjal. However, we referred to the toxicology reports done in laboratories accredited by the Government of India. Before starting the project, we had 13 reports stating that Bt brinjal is safe for consumption.

All these anti-GM activists have no scientific basis for rejecting it. If the Bangladesh government thinks there is a need for further investigation, we would go ahead with it.

If you were so convinced, why did you limit Bt brinjal to 20 farmers?

When Bt brinjal was approved for commercial cultivation, we had limited number of seeds of genetically modified local brinjal varieties—Bt Uttara, Bt Kajla, Bt Nayantara and Bt ISD006. In January this year, the government distributed seeds and saplings to 20 farmers from four different agroclimatic zones for cultivation in Jamalpur, Pabna, Rangpur and Gazipur districts. The four zones have high FSB infestation.

For the next season, seed multiplication is already being undertaken by the Bangladesh Agricultural Development Corporation. By the next year, we want to introduce Bt gene in five other brinjal varieties. All these Bt brinjal varieties are very popular among farmers and are region-specific. In the next five years, the government plans to bring 20,000 hectares across 20 districts under nine Bt brinjal varieties.

How did you convince farmers to grow Bt brinjal?

The farmers we chose were given free seeds and monetary assistance (600 Bangladeshi takkas) to buy fertilisers and other extension services. We told them about the advantages of growing Bt brinjal. These are not hybrids, so farmers can keep the seeds for the future the way they keep ordinary variety seeds. So they do not have to keep buying the seeds. The best part is that it requires less pesticides, so it does not pollute the environment and people get to eat pesticide-free brinjals.

We showed them the example of India where farmers who are growing Bt cotton have prospered.

There are media reports on crop failure, especially from Gazipur district. 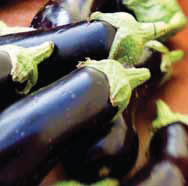 he general sowing season for brinjal is October to December. It is a long duration crop. What happened with Bt brinjal project was that the seeds were distributed in January. It resulted in late sowing. Due to rains in Gazipur, especially in April, the soil absorbed too much moisture. It resulted in the wilting of plants. The farmers here are having problems growing the crop because of the soil condition. But as many as 15 farmers have reported success.

As far as media reports are concerned, journalists observed the refuge (non-GMplants grown around GM crops) and filed stories based on it assuming that Bt brinjal crop is affected. The journalists may be part of the anti-GM campaign. When we asked them to visit our research station, they did not even respond. We have already sent them a court notice.

What is GM crop's future in Bangladesh?

It is very promising. Soon we will be ready with potato varieties and Golden Rice. The rice is genetically modified to introduce vitamins in the grain and fight malnutrition. Currently, we are also working on herbicide-tolerant crops. With government support, we see our future bright and prosperous; we see ourselves moving towards self-sufficiency.