Agroecology is the only way 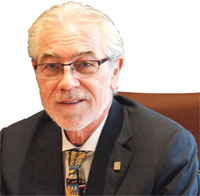 When Hans Rudolf Herren went to Ibadan in Nigeria to work for the International Institute of Tropical Agriculture (IITA) he ran into the biggest food crisis facing Africa. The cassava (tapioca) mealybug (phenacoccus manihoti), accidentally introduced into Africa when some scientists took cuttings of cassava from South America, was ravaging the staple food crop of an estimated 200 million people, and the Swiss entomologist, then 32, found he had his work cut out for him.

As director of the biological control programme at IITA, he plumped for an ecological method and almost single-handedly built an international coalition to fight the mealybug scourge without resorting to costly pesticides that would have damaged Africa’s ecosystem. The challenge: it had to be executed on a scale never tried before—and since. “It was the biggest disaster we could think of,” says Herren, now 65 and president of the Washington-based Millennium Institute which promotes long-term integrated thinking by developing countries.

He found that cassava was able to withstand the pest in South America, the origin of cassava, because of beneficial insects such as ladybugs and predator wasps that attacked and killed only the mealybug. The insects were brought to Africa, bred in huge numbers and released over the cassava belt in sub-Saharan Africa, a swathe larger than the US.

Only the wasps (E. lopezi) worked and IITA was at one time releasing almost 2,000 wasps per second. In seven years, the predators were able to control the pest. Apart from saving about 20 million lives, the project provided benefits of $3 billion to farmers. That achievement earned Herren the World Food Prize in 1995 apart from a clutch of other awards. After those turbulent years, he went on to other assignments where he honed the 4-H paradigm of integrated sustainable development, linking environmental, plant, animal and human health issues or agroecology.


But his most notable stint was co-chairing the pathbreaking International Assessment of Agricultural Knowledge, Science and Technology for Development (IAASTD), a global initiative to understand the impact of agriculture and science on three key issues: reducing poverty and hunger; improving rural livelihood and health; and promoting equitable, environmentally and economically sustainable development. Initiated in 2002 by the World Bank, FAO, Global Environmental Facility and UNEP, IAASTD was a mammoth consultative process which resulted in a voluminous body of research.

The underlying message was clear: business as usual was not an option and there had to be an overhaul of agriculture to make it ecological and holistic. That became controversial, especially since its chapter on GM crops raised questions about costs and efficacy.

Herren, who was in India recently to attend an international conference on ways to meet India’s food security, used the occasion to reinforce the IAASTD’s central findings and to detail the havoc caused by the industrial model of agriculture practised by developed nations. Not that he gave a clean chit to conventional farming either. Both types, he warns, are contributing to climate change problems and putting a strain on natural resources. Herren tends to become impatient with the claims of big agribusiness and other vested interests. He makes no bones about the fact that he opposes GM crops, the Green Revolution philosophy and the cheap food syndrome. But his conviction, and charm, takes the edge off some of his sharper comments, finds Latha Jishnu who interviewed him to understand why the world needs to change the way it grows food—and eats it. Excerpts:

What is the significance of the IAASTD report?

The report looks at agriculture as not just the production of food but its multi-functionality, in its impact on the environment, society and the economy. It looks at all this in a holistic manner. The report is unique because it also includes the farmer’s knowledge, the traditional knowledge of agriculture. This caused the most problems with industry and academics. It advocates ecological or sustainable farming. When I was asked to be co-chaired I was very excited. It was to look back at agriculture over 50 years to find why we are where we are. And to see what we should do to make sure that life goes on in our planet. Disappointingly, the future part was monopolised by International Food Policy Research Institute.

It has been ignored by governments. In India we hear nothing of it.

Three countries, the US, Canada and Australia, had reservations about the report. That is where you have most of the big agribusiness, the companies that sell high-cost inputs such as seeds and pesticides. These countries are also the major commodity exporters. But 58 countries approved the synthesis report. These include India which appears to have pushed it aside. However, the African Union has endorsed the need to promote ecological farming across the continent as a way of achieving food security in the face of climate change challenges. India is facing extreme stress on weather and water.

India has launched a major initiative to expand its Green Revolution. But you are highly critical of the system. Why?

The Green Revolution paradigm makes farmers dependent on external inputs that are non-sustainable and costly. These are becoming more and more expensive because they are petroleum-based, which is a finite resource. The main issue here is that the Green Revolution sees agriculture as simply the production of food, whereas it produces a number of essential ecosystem and social services. When we consider the food security system, we need to look at it as a whole, from production to consumption.

Are you also against biotechnology or is it specifically GM?

What does one need this tool for? That’s what you have to decide. If you have a hammer in your hand everything tends to look like a nail! This is an expensive technology that makes farmers dependent on big agribusiness and is of no use in ecological systems. On the other hand, they create more problems as when crops and weeds become resistant to particular genes and farmers are forced to use ever increasing quantities of pesticides. GM technology is a reductionist approach.

Are you saying that we can produce enough food ecologically to feed the growing population?

I am fed up with people saying we need to produce more food. We already produce 4,600 calories per person per day which is twice as much food as we need. The problem of nearly a billion people going hungry is not for want of food but of access and equity. India produces excess foodgrains and yet it has the largest number of hungry people in the world. The US has 42 million hungry people. So what needs to change? The other big issue is wastage. About 30-40 per cent of what is grown is wasted.

You say that we need to change our food habits. How?

The world produces mostly cheap commodities that are of poor nutritional value but entail huge costs environmentally, socially and economically through chronic diseases, such as diabetes. We must encourage developing countries to grow their own healthy food by providing all kinds of support: financial, technical and with access to markets. We need to come to our senses and also eat less meat. Nothing will change unless we make the right choices.

So what should be done?

If we are serious about changing the world we need a radical shift—a holistic approach drives our interventions in agriculture without reductionist solutions hogging the centre-stage and taking away precious resources. If you are talking about India in particular, it needs to invest in rural infrastructure and institutions. Agriculture of the future must be regenerative and sustainable. 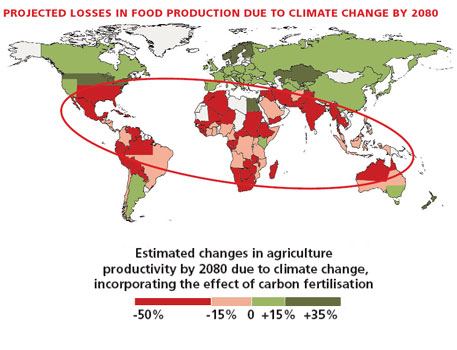 As long as the US and the EU provide huge subsidies to their agriculture and deflate food prices would it make any difference if India and other countries switched to agroecology?

True. Cheap food policies are a major issue and call for a radical rethink. On the one hand, we need to keep food costs low to make it affordable for the poor but by doing so we make the problem worse. Politicians do not have the courage to tackle this. We have to rearrange the system perhaps by changing the tax structure.

The US is talking of removing subsidy on ethanol and switching things around. Governments are more and more squeezed and can no longer afford the high cost of subsidies.

Your country is not part of the EU so are there any subsidies?

Yes. What Switzerland does is to make sure that the subsidies are given only for sustainable agriculture. Farmers who use less fertiliser get more money. If they have more diversity on their farms they get additional benefits. It is not a perfect system but is quite advanced. Farmers in the Alps are called landscape gardeners and get paid a lot for maintaining the environment. Switzerland is trying something that everyone is watching.

Your work focuses a lot on climate change and sustainable agriculture. Is there a sense of urgency on this issue?

Governments are not doing anything, although they know that climate change, natural resource depletion and unsustainable agricultural practices are interconnected with food insecurity and hunger, the marginalisation of millions of smallholder farmers, poverty and migration. Rio+20 in June dedicated an extensive chapter on Food Security and Nutrition and Sustainable Agriculture in its declaration. But there has been no follow through. Nick Stern (of the Stern Review) says two per cent of the global GDP should go for meeting climate change challenges, of which a tiny proportion is earmarked for green agriculture. I think all of it should go towards sustainable agriculture. It makes no sense to change things slowly.