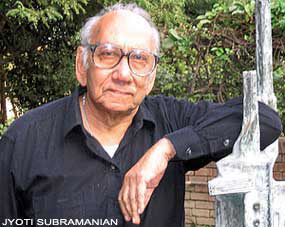 Chandigarh is among the best planned cities in the world. It had a specific plan for periphery areas, green belts and expansion. The city was planned for half a million but we are over a million today, and this excludes the population of the periphery towns of Mohali, Panchkula and other unauthorized townships which are completely dependent on the city's infrastructure. The administration while trying to bring the facilities of a big metro is actually spoiling the beauty of the city.

The Building Regulations, 1966, and Periphery Act, 1952, were made to ensure that Chandigarh grew systematically. These have been amended several times to suit builders. In December 2001, Apartment Rules were framed and the developers took advantage of it. Amendments in the act allowed residents to convert their bungalows into three-storey apartments. Under the Periphery Act, those residing in the periphery could not use the land for any other purpose other than agriculture; poultry and orchards for example. But now, the government is flouting rules by acquiring land in periphery areas. A Rajiv Gandhi Chandigarh Technology Park has been planned behind the Sukhna lake, classified a periphery area. According to the original master plan, which is now missing (the state administration has lost the original master plan drawn by Le Corbusier. The current plan has been drawn up by town planners), the land around Sukhna Choe and Patiala ki Rao, were to remain green belts. But the administration is using such areas for "development projects".

The Rs 800-crore film city project was proposed after officials saw a film city in Bangkok. There is no guarantee of its success. The government has no back-up plan for it. A similar project, Dara Studio in Mohali, failed and is being used as a venue for weddings instead.

There is no need for a medicity either. Chandigarh has a well-established health facility. A medicity should come up in Panchkula and Mohali, or, Shimla. The administration is leaving no stones unturned to make the most of the opportunity. Such projects will only deprive farmers of their livelihood and further affect the green belt, which are allowed for agricultural purposes only.

There are plans to set up a vegetable terminal market as well. There are already many vegetable markets in the city and they are all conveniently accessible. The state administration is setting up an Industrial Area Phase iii project, despite the failure of the first phase.

It declared the first phase as a failed project and has sanctioned construction of multiplexes and shopping malls there. Some industries were declared sick and some were asked to convert to commercial purposes or move out elsewhere.

Chandigarh doesn't need either. It doesn't have highrises; besides, such projects will spoil the look of the city. Chandigarh has always been a bicycle township and residents prefer walking tracks and bicycle tracks to mono rail or the metro.

The lake is endangered. The government is busy investing in other projects instead of reviving the Sukhna. Siltation is a growing concern (see 'Silt diet', Down To Earth, November 30, 2007).

Around 5,000 mango trees were cut to clear roads for a six-lane highway to the it park. Mango orchards have been cut to make multi-level parking space for malls coming up at the industrial area site. And now the state has a Greening Chandigarh Action Plan. It is ridiculous if their idea of greening means replacing fully grown trees with saplings. The state claims that the tree cover has increased by 4 per cent. How is that possible if the land area hasn't increased over the years?

We had approached United Progressive Alliance chairperson Sonia Gandhi in July 2006. We suggested the formation of a statutory regulatory body to retain the special character of the city and for orderly growth of the region. She had assured immediate action. Though the matter rests with the centre, it is unfortunate that the state is going ahead with the projects. The administration should think beyond money. Senior architects and town planners should be consulted. People's participation is also a must.