Down To Earth speaks to Anjal Prakash, associate professor, Regional Water Studies, TERI School of Advanced Studies, on the IPCC Report's latest report on the oceans and cryosphere 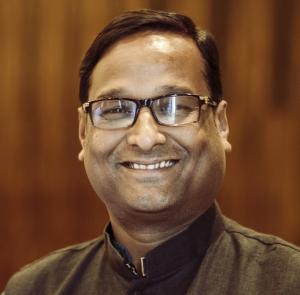 The Intergovernmental Panel on Climate Change (IPCC) Special Report on the Ocean and Cryosphere in a Changing Climate (SROCC) is likely to be a key input in the forthcoming UN Framework Convention on Climate Change (UNFCCC) Conference in Chile in December 2019.

Governments and communities will use the report to take action, based on scientific knowledge, and limit the risks. Down To Earth spoke to Anjal Prakash, coordinating lead author, SROCC, and associate professor, Regional Water Studies, TERI School of Advanced Studies, on what this report means for the world and specifically India. Excerpts.

What are the red flags that the report has raised?

The oceans and cryosphere play a critical role in sustaining life on earth. People around the world depend on these systems, directly or indirectly, for food and water, for energy, trade, transport, recreation and tourism, for health and well-being, for culture and identity. Human-caused climate change is causing widespread, adverse consequences across these systems.

What will happen to glaciers and oceans if global warming continues?

The oceans have taken up more than 90 per cent of the heat generated by greenhouse gas emissions and is reducing warming on land.

Ocean warming, together with ocean acidification (from carbon dioxide uptake), loss of oxygen and changes in nutrient supplies are affecting the distribution and abundance of marine life in coastal areas, in the open ocean and on the sea floor.

Extreme sea levels which occur during intense storms are projected to become more common as sea levels rise. Low-lying coasts, coastal cities and islands are already facing risks of floods and seawater inundation. Subsidence, the sinking of the ground for example due to groundwater extraction can make these effects of sea level rise even worse.

The mountain cryosphere — glaciers, snow, ice and permafrost — is melting. This is increasing hazards for some people in the region, for example through landslides, avalanches and rockfalls as well as glacial lake outbursts and floods. As mountain glaciers retreat, they are also changing landscapes, animal and plant life and water availability.

Changes in water ability, for example for households, agriculture and energy systems, are not just affecting people who live in these high mountain regions but also communities downstream and beyond (also beyond national borders).

The changes we are experiencing today show us how vulnerable we are. Impacts differ between regions.

They tend to fall disproportionately on the poor and those least able to deal with them. Different communities have different options to adapt to these changes and implement transitions to safeguard their future.

Thirty eight per cent of the entire global population that will be affected by the changing climate in polar and coastal regions is a very significant number. There are clear benefits of keeping global warming well below 2 degrees Celsius.

What are the immediate risks due to the impact on oceans and the cryosphere? Is India at risk?

For one, sustainable development is at risk. Communities’ livelihood options such as ecosystem services are already at high risk. We find that on the front line of these risks are the poor and marginalised people.

For India, which has coastlines along the Arabian Sea to the west and the Bay of Bengal to the east, which are home to around 250 million people, the impact of the warming of oceans will increase climatic events such as cyclones. These events are predicted to be on the rise and will be more severe in future decades.

Salinity ingress will pollute the freshwater bodies and will have huge impacts on water for irrigation and domestic use. The shifting rainfall patters of the Indian monsoon will also have bearing for people living in the coastal areas.

The major impact due to damage to the cryosphere will be in the Hindu Kush Himalayan (HKH) Region, which has the largest reserves of water in the form of ice and snow outside the poles. What happens to Himalayan glaciers will affect over 2 billion people living in Asia, through the changes in water regimes of 10 major river basins that originates from HKH region.

In the Indus and Ganges river basins of India and Pakistan, snow and glacial melt provides enough water to grow food crops to sustain a balanced diet for 38 million people and supports the livelihoods of 129 million farmers. Around 1.2 billion people living downstream of the Himalayas are directly affected by what happens to the glaciers upstream.

How will these changes impact global climate systems?

The oceans and cryosphere regulate global climate and weather: the oceans are the primary source of rain and snowfall needed to sustain life on land, and uptake of heat and carbon into the oceans have so far limited the magnitude of anthropogenic warming experienced at the Earth’s surface.

Permafrost thawing can cause hazards, including ground subsidence or landslides, and influence global climate through emissions of greenhouse gases from microbial breakdown of previously frozen organic carbon.

What are IPCC's recommendations for mitigation and managing risks? What can be done to increase the resilience of the communities that would be worst affected by climate change's impact on the oceans and cryosphere?

We need to limit the global temperature to 1.5 degrees Celsius below Industrial Revolution levels. There is a need for economic and institutional transformation to address the changes and achieve climate resilient development.

What should India do?

The mantra is to adapt. It is not very likely that the process of climate change will be reversed so the only option is to adapt. There are many ways in which it could be done through policy changes and planning and to create climate-resilient infrastructure.

The Himalayan region is trans-boundary in its characteristics as water and ecological systems are shared. Many watersheds and rivers are spread across different countries. Management at a trans-boundary level has its own challenges, especially when countries that fall in the watershed do not share relationships of trust.

At the regional level, there is a huge scope for countries to come together at least on river basin levels to generate scientific knowledge in a coordinated fashion and exercise joint policies for conservation of trans-boundary aquifer systems. This approach could benefit from system-based thinking which is lacking in present approach towards water management in the region.