The Arctic changes faster than any other region and is a crucial indicator of climate change. The Norwegian Polar Institute, Norway, launched a unique research expedition in early 2015 in the Arctic Ocean to specially study young ice as it forms and melts on top of sea ice. Dinesh C Sharma speaks to Jan-Gunnar Winther, director of the institute. Excerpts 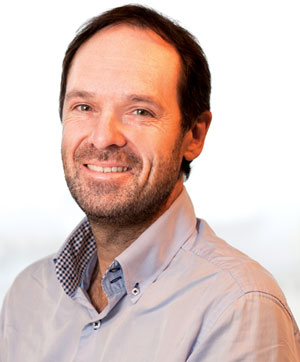 Why did you feel the need for an expedition specifically to study sea ice?

Firstly, the Arctic changes faster than any other region on the planet, and sea ice responds quickly to both atmospheric and ocean warming. It has implications for ecosystem, regional weather and climate. We believe it can even affect the monsoon. Understanding rapid changes in sea ice in the Arctic is fundamental to regional and global understanding of climate and future projections.

Secondly, most climate models have proved inadequate in describing these rapid changes. Obviously mathematical models are still not good enough. We need more knowledge, understanding and data so that climate models become more precise. Thirdly, though many nations are doing scientific research in the Arctic, the region is still under-investigated. Our basic knowledge about the Arctic is poor. These reasons inspired us to place the icebreaker, R V Lance, in the Arctic Ocean, allowing her to passively drift with ice for five months. Twenty scientists from 10 nations are studying a number of parameters.

How accurate are existing climate models on snow and ice melting?

The combination of sea ice and snow is not accounted in climate models. Our objective is to bridge this knowledge gap. We tracked satellite data; instruments onboard NASA Hercules C-130 monitored polar ice; and, Twin Otters and helicopter transects studied sea ice and snow on top of the sea ice. In climate models, we have been describing sea ice without snow on top of it. Snow is a very good insulator. Still we don’t know if there will be more or less snow on top of sea ice under the new climate conditions. You could argue that because of high temperature there will be more precipitation, so there could be more snow. That insulates the sea ice and protects it from melting. But sea ice freeze-up in the autumn and early spring melt shortens the period when sea ice is present. Thus, more of the snowfall ends up in the ocean, instead of on the sea ice, resulting in less snow on top of the sea ice.

Data collection ended in June 2015. Do you have any results or leads to share?

The cruise made some important observations. When you have the North Atlantic Current originating from the Mexican Gulf entering the Arctic, it flows underneath because it is saltier and heavier than colder and fresher surface water. If you go down 50 to 100 metres, you will have relatively warm water. It is hypothesised that if you have less sea ice, then the wind will cause greater mixing of warm water, as atmospheric winds are in contact with the ocean. This warm water has enormous amounts of energy.

We observed during the cruise that when storms emanate from the South, we had very rapid melting of sea ice, up to 20 cm on one day. This is due to warm water coming up from the below. We have been paying most of our attention to the warming from the atmosphere as per traditional understanding, but in the Arctic Ocean, you are attacked from both sides. We have found that the effect of warming from atmosphere is approximately the same as a warming ocean in the Arctic.

We studied mass balance, energy balance between atmosphere, sea ice, snow and ocean. We had instruments deep in the ocean, we had divers swimming deep to collect samples. We collected data from the whole system—mostly in the winter of 2015, when sea ice was forming. We followed the process in April-May-June, which was the melting phase. Now close to 100 scientists are working on these datasets, and this will help future studies.

How rapidly is the Arctic sea ice melting?

We know that the ice coverage area has been reduced by over 40 per cent since 1980. We have precise data on this from satellites because area is quite easy to measure. Thick-ness is a bit tougher to measure from satellite data. Still data trends show about 40 per cent reduction in thickness too. This means we have lost around three-quarters of the volume of ice in summer. In winters, the changes are not so significant though there is reduction, but lesser than in summer. If we look at emission-reduction goals set in the Paris Agreement, we see that models project a continued reduction in sea ice and then a leveling off around 2050. This will make the Arctic Ocean not totally ice-free in summer, but with much less ice than today. It will be a different ocean, much more accessible for shipping and other activities.

What is the role of greenhouse gas emissions in the Arctic?

It is the most important factor. A recent paper in Nature estimated that accumulated energy in the world’s oceans is equivalent to one Hiroshima bomb exploding every second for 75 years. This describes the enormous buffer or storage of energy that oceans have absorbed. It is not just the atmosphere that is warming, but also the oceans.

A third storage is ice. We think of ice as cold bodies but in ice sheets like Greenland and Antarctica you also store energy. They have very slow response time. These ice sheets will respond to changes we are making today and reveal the impact thousands of years from now. Past emissions will continue to raise oceans levels for several hundreds of years.

It is often claimed that the Indian monsoon has a "tele-connection" with the Arctic. Can you throw some light?

It is a very young discipline. The subject was addressed in the last report of the Intergovernmental Panel on Climate Change. There are still different results indicating different kinds of impacts. Personally, I think there are reasons to be both concerned as well as to be careful not to jump to conclusions. It is early days. We have seen correlations, after all nature is connected, but we need more knowledge about this.