‘Signing RCEP will mean no duties on solar products’

Amit Gupta, director of legal and corporate affairs, Vikram Solar, talks to Down To Earth about the solar industry’s perspective on India joining the Regional Comprehensive Economic Partnership

As Prime Minister Narendra Modi prepares to sign the Regional Comprehensive Economic Partnership (RCEP), Down To Earth spoke to Amit Gupta, director of legal and corporate affairs, Vikram Solar, about why the solar industry was not very enthusiastic about India joining the free trade agreement. Excerpts:

In all probability, the government is going to sign the RCEP agreement this week. What is your take on this?

If India signs the RCEP agreement for free trade without ensuring enough safeguards to restrict a surge in imports, the Indian market would be flooded by Chinese imports. This might decimate the Indian manufacturing sector, which is already bleeding.

Is China the biggest threat to India’s solar industry? India's local industry had not been able to compete with Chinese solar panel manufacturers in the past as well. What is the fear this time?

China already dominates the solar photovoltaic (PV) market in India as its share is around 85-90 per cent. The Union Ministry of New and Renewable Energy has recommended levying Basic Customs Duty (BCD) on imports of solar PV cells and modules.

If India signs RCEP, it will not be able to impose BCD on imports of PV cells and modules in the future. 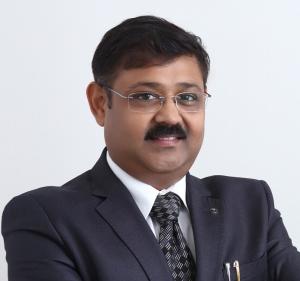 India has imposed temporary tariffs on Chinese solar products. But there is no sign of revival of the local industry. Why?

India imposed Safeguard Duty (SGD) on the import of solar PV cells and modules in July 2018. It did not lead to desired results because of many reasons.

Second, there was a pass through clause under the power purchase agreement for projects which were auctioned before July 31, 2018. Hence, developers were allowed to claim the duty pass through only if they used the imported modules.

For projects which were auctioned after July 31, 2018, developers planned to procure modules during the later stages of project commissioning as duty would be reduced at that time.