‘Indian civilian nuclear reactors should be opened to public scrutiny’

On March 11, authorities at the Kakrapar Atomic Power Station (KAPS) in southern Gujarat closed down one of its units as a precautionary measure after leakage in its primary heat transport system. Though no loss of life was reported, much of the incident is still shrouded in mystery. Down To Earth spoke to Kumar Sundaram, a Research Consultant with the Coalition for Nuclear Disarmament and Peace (CNDP) about Kakrapar and issues of nuclear power in India 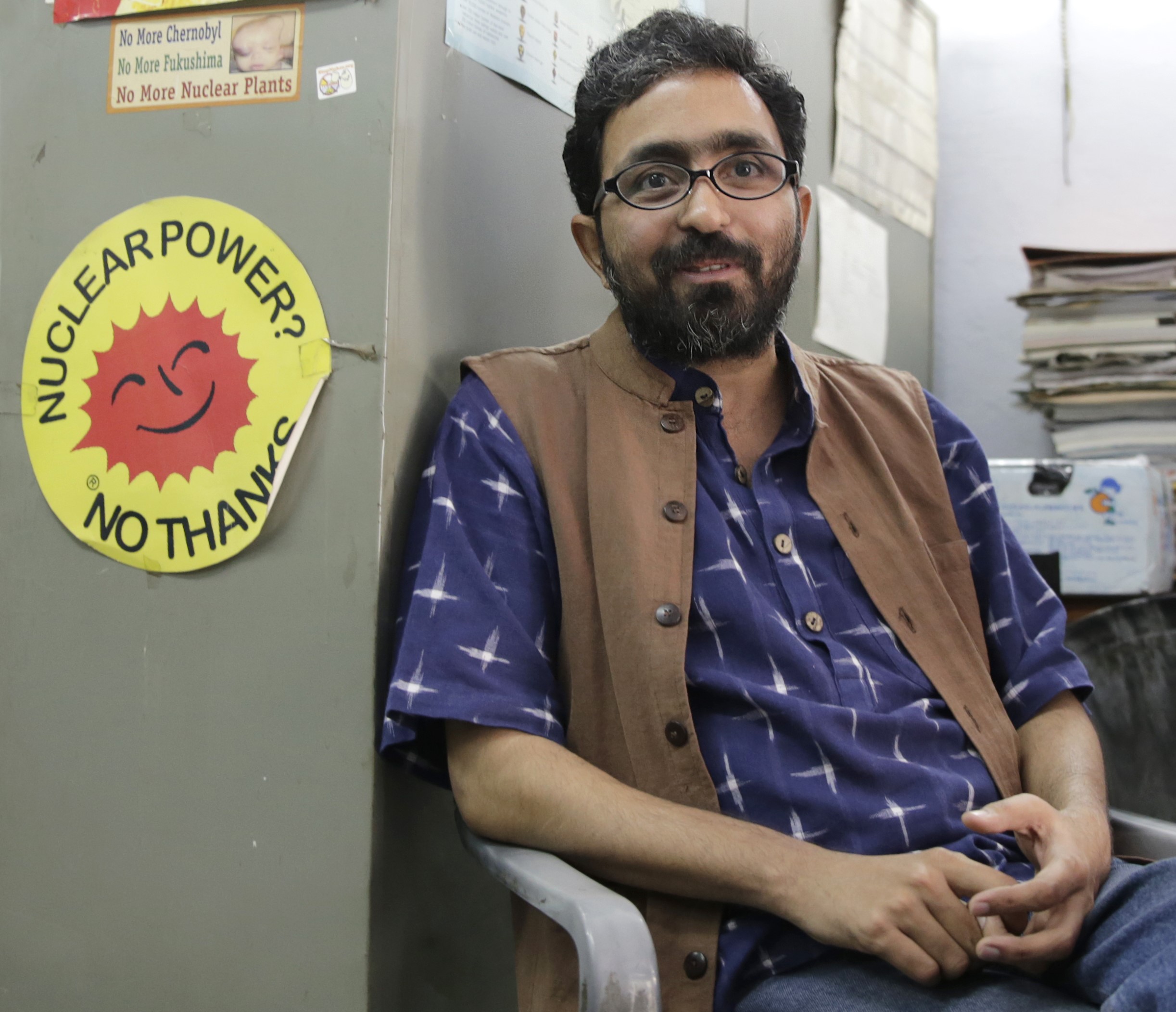 In the CNDP’s official statement about the happenings at Kakrapar, the Atomic Energy Regulatory Board (AERB) has been called “an ineffectual organisation” and “a mouthpiece of the Department of Atomic Energy (DAE) and the Nuclear Power Corporation of India Limited (NPCIL)”. Please elaborate.

India is one of the very few countries where the nuclear safety regulator is not independent. Our AERB is dependent on the same Atomic Energy Commission (AEC) which it is supposed to supervise for both its funding and its human resource. All its experts are people who get trained at the Bhabha Atomic Research Centre (BARC) and then come to the AERB. Hence, it does not have independent expertise and that is very crucial when it comes to monitoring, maintaining and supervising nuclear safety. A long-standing demand of civil society in India, of independent experts and people like A Gopolakrishnan has been that the nuclear regulator should be made independent.

What about other institutions? For instance, in the past, the Supreme Court has refused to interfere in nuclear policy matters in response to a PIL, saying it is no expert to issue a direction to the government on the nuclear liability issue. What does that say about our judiciary?

More than saying something about the judiciary, this is a comment on the fact that in India, we don’t have any independent expertise. For instance, when the Kudankulam case went to the apex court, it said it would consult the experts—who turned out to be the same people against whom the People’s Movement against Nuclear Energy (PMANE) has filed the case. So, the fact that the nuclear industry in India operates in a totally insulated manner—it is completely shrouded in secrecy and insulated from any public scrutiny—leads to such situations where the court has no other option but to rely on the existing establishment which is a monolith, where there is no independence of the regulator, no independent expertise. Moreover, the 2007 Indo-US Nuclear Deal separated civilian and military reactors. So now that the civilian nuclear reactors have separated, they should open up to public scrutiny. They should be treated like any other industry. To continue to cite national security imperatives, to continue to hide under the 1962 Atomic Energy Act should no longer be accepted.

For the benefit of our readers, please explain why nuclear energy is not a viable alternative to fossil fuels and why India should not opt for it?

India is one of the very few countries which has a massive nuclear expansion plan, which says “nuclear energy is indispensable to India’s future”. But that is not the case. Because globally, there is a trend of moving away from nuclear energy. Particularly post-Fukushima, a number of countries like Germany, Switzerland, Sweden, Austria, New Zealand have opted for a policy of completely forgoing nuclear power plants, of phasing them out by 2030. Even France, the nuclear industry’s global poster-boy has last year, in an energy transition policy, said that it will bring it down by at least 25 per cent in the next 20 years. All this is happening because nuclear energy is unacceptably risky and dangerous. As Fukushima, Chernobyl and Three Mile Island have shown, in case of a nuclear accident, even in the most advanced countries, it is not possible to have a proper human response. In a country like India, where we have dense population, a non-independent safety regulator, complete secrecy for the nuclear establishment, nuclear accidents become much more dangerous, much more unacceptable. Secondly, nuclear power is expensive. Even at current rates, despite all the hidden subsidies, it is the most expensive form of energy. Particularly, these imported reactors which India is setting up at Jaitapur, Mithi Virdi and Kudankulam, will be much more expensive. These are some of the important issues that make nuclear energy inherently unsafe, economically unviable and unacceptable.

What is the alternative to nuclear power that India can use to satisfy its energy needs?

I don’t think that there is one quick-fix solution. It has to be a mix of solutions. One is of course enhancing the use of renewable sources. Secondly, we have to make appliances used by Indian households and industries more efficient. Thirdly, our transmission and distribution losses are huge. We can take measures to bring them down. We can also learn from Germany, which has gone for innovative management of electricity. Feed-in tariffs and flexi-grids or smart-grids are the solutions we should increasingly opt for. For instance, in our villages and towns, if people generate electricity through solar photo-voltaic on their rooftop, they can actually feed in to the system. And in the night, they can take the electricity back from the grid. Our grids have to be redesigned to take in electricity from these small rooftop generators. Thus, there is no one quick-fix solution.

India’s nuclear liability law allows accident victims to seek damages from plant suppliers in the event of a mishap. It effectively deters foreign nuclear companies from setting up shop in India. Don’t you think that is an effective safeguard?

In case of a potential future nuclear accident in India, the potential victims do not have a right to directly sue the suppliers. It is actually the operator, which in India’s case is a government company called the NPCIL. In case of an accident, the victims will ask the operator for suppliers and there is a provision under the 2010 Nuclear Liability Act that the operator in turn, can source a part of this liability from the suppliers. Then again, there are many sub-clauses. Thus, it has to be established that there was a manufacturing defect in the component. So, it is not that easy.