Jonathan Drori, author of Around the World in 80 Trees tells S S Jeevan about the phylogeny, ecological services, and the sociological importance of trees 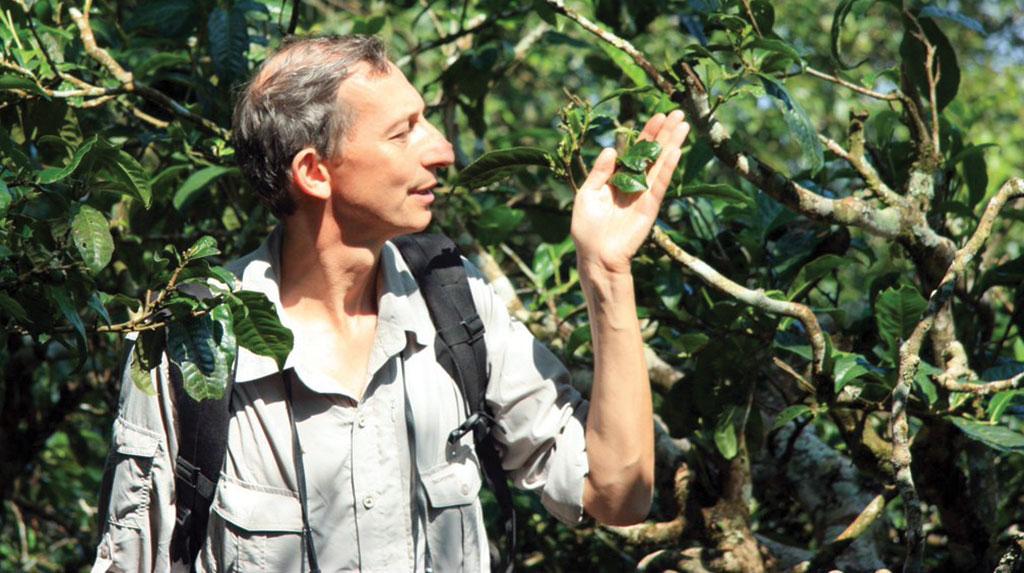 The book unveils untold linkages between trees and history as well as culture. Could you share some experiences of your research journey?

Uncovering the entanglements between plant science, history and culture has been a joy. From the cork oak forests of the Iberian peninsula, to the link between the Eastern White Pine and the push for American independence, and from the birch trees of northern Finland and their association with hallucinogenic fungi, to the “resin rush” that attracted prospectors from all over the world to seek their fortunes in the Kauri forests of New Zealand, the bizarre antics of trees are second only to the strange things that human beings get up to!

Your book lucidly narrates the complex relationship of trees with other organisms and the ecosystemÐbirds, insects, animals and humans. What fascinated you the most?

I especially enjoy the link between plant science and human behaviour. For example, the lacquer tree of China and Japan has probably evolved its irritant, toxic sap as a defence mechanism to ward off pests. But human beings have crafted from it the most exquisite lacquerware, a material that in the days before plastics must have been truly magical. And until the 19th century, there was a sect of Japanese monks who would starve themselves and use bark from the tree to make a tea that would gradually “mummify” them while still alive. When they died, their bodies would not decompose—they were too poisonous for that. 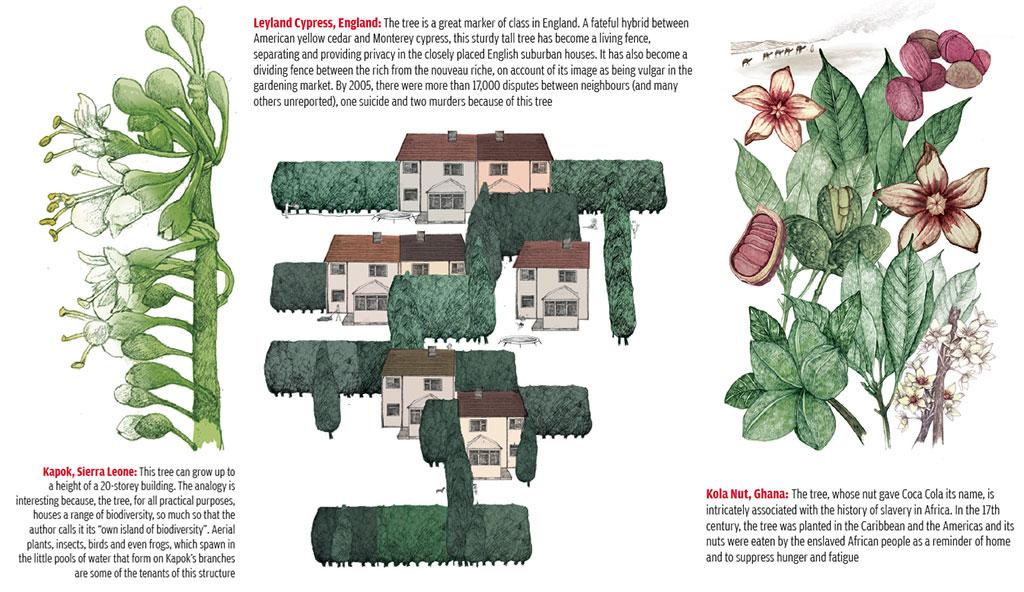 The latex of the gutta-percha tree is also a defence adaptation to engulf pests and seal wounds but it also turned out to be a perfect underwater insulator. In the second half of the 19th century, submarine cables began to span the Earth. That was of massive strategic significance and commercial importance, and wholly dependent on gutta-percha.

Are any of the 80 trees that you have chosen threatened by other invasive alien species?

This is a problem almost everywhere, as climate changes and more plant species and pests hitch a ride around the world. The “tree of heaven” has invaded large parts of the eastern USA. Originally imported from China, its planting as a timber tree was even encouraged for a while by the authorities. But now it’s out-competing many other species, earning it the common name, “tree of hell”.

Do you think the impacts of climate change will affect tree diversity and tree extinctions in the future?

They’re absolutely bound to. In fact, they already are. Trees, like every other organism, have evolved to fill various environmental niches. When the environment changes, those niches may not exist anymore and therefore the trees, and all their associated species will have a tough time. 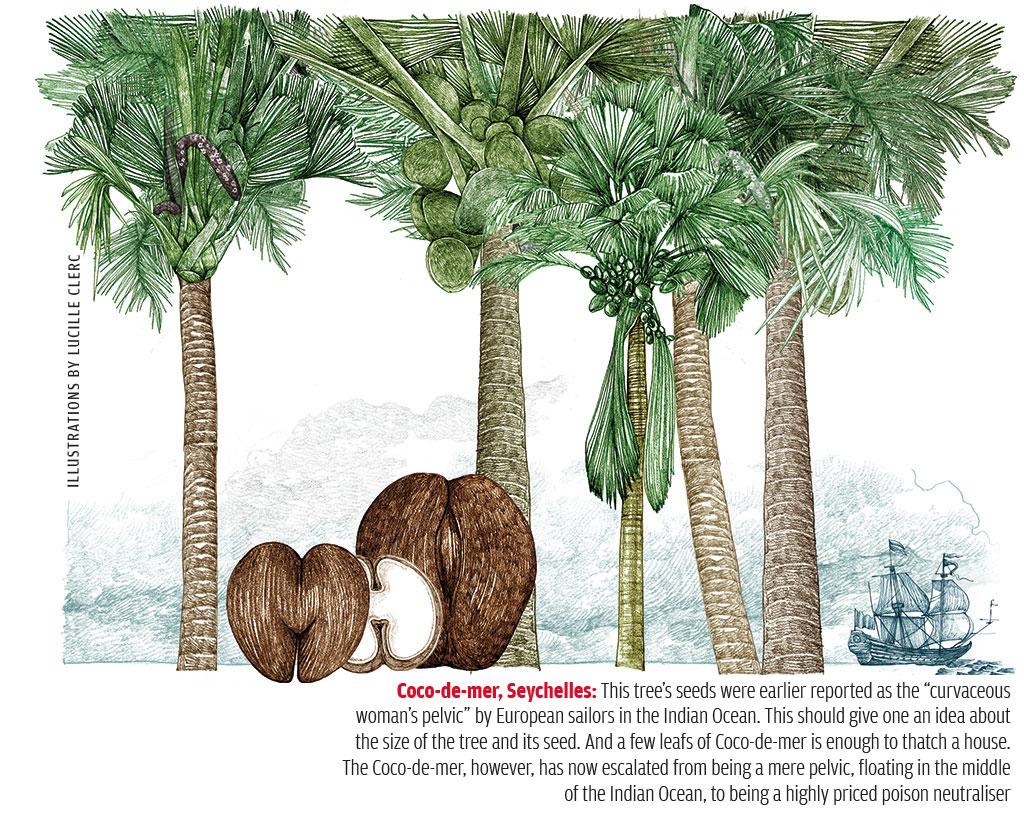 We must remember that climate change doesn’t just affect trees directly. It is also altering the migration of birds and the feeding habits of insects and animals which, in turn, affect tree pollination and seed dispersal. This puts further strain on ecosystems. And of course, human beings are migrating away from drought and flood-stricken areas, adding to the competition for land elsewhere.

The climate change that’s happening now is so rapid that the main mechanism that I’ve seen is for trees in a particular habitat to be quite quickly out-competed by other species that can cope better with the new conditions. In Europe for example, Mediterranean species such as olive and fig are beginning to be cultivated further north and the Cedar of Lebanon is being considered as a timber tree for central Europe. 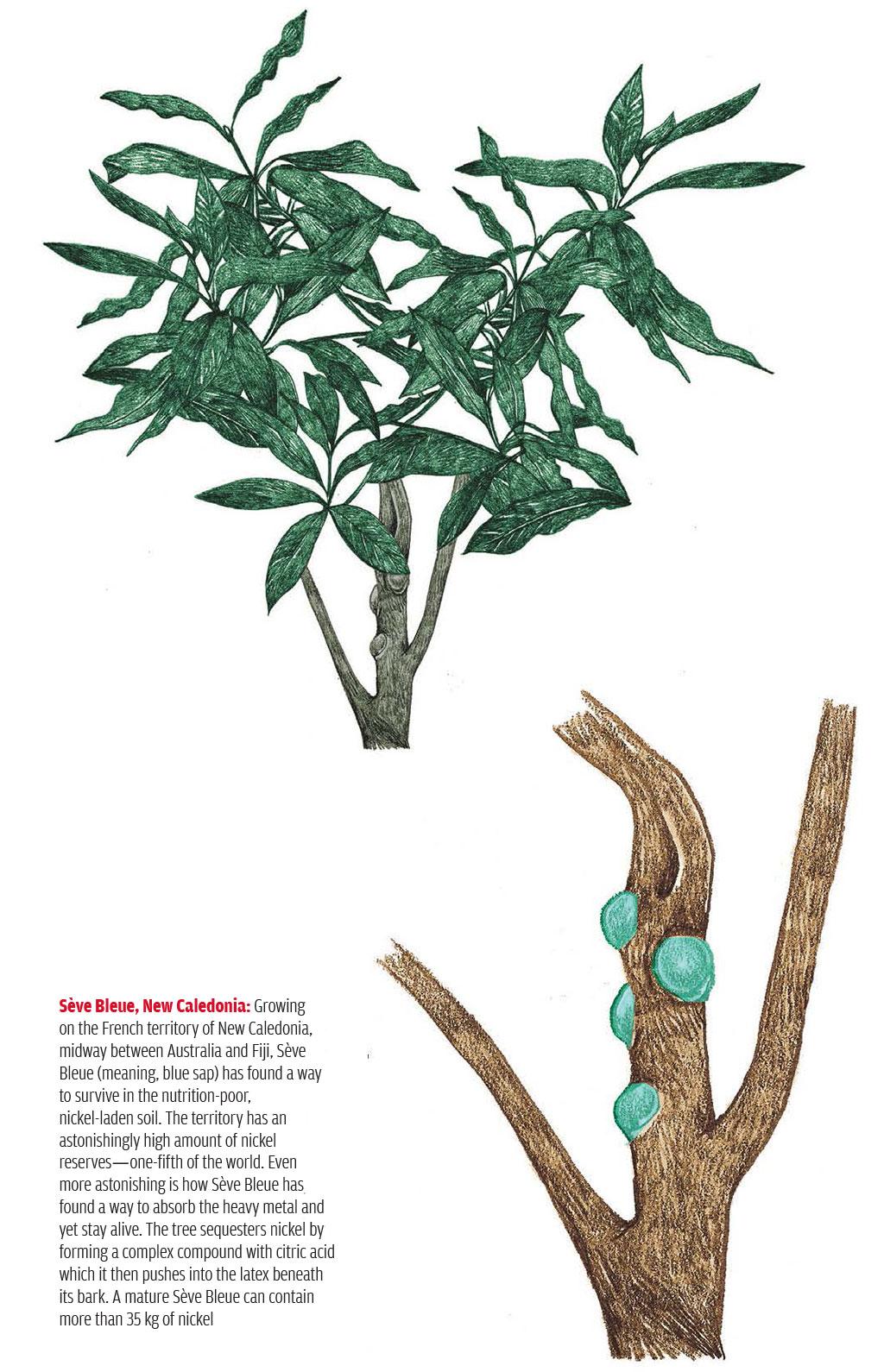 Any tree/s that you may have wanted to include that are not there in the 80?

There are more than 60,000 tree species in the world and I only had room for 80! I came across so many wonderful stories. Maybe one day I’ll write about the remarkable quiver tree, relative of Aloe vera used in cosmetics and a national symbol of Namibia, which thrives and reaches impressive height in parched desert where hardly anything will grow. The San people used hollowed branches for holding arrows but I particularly like it because it seems to be a tree that makes everyone smile. 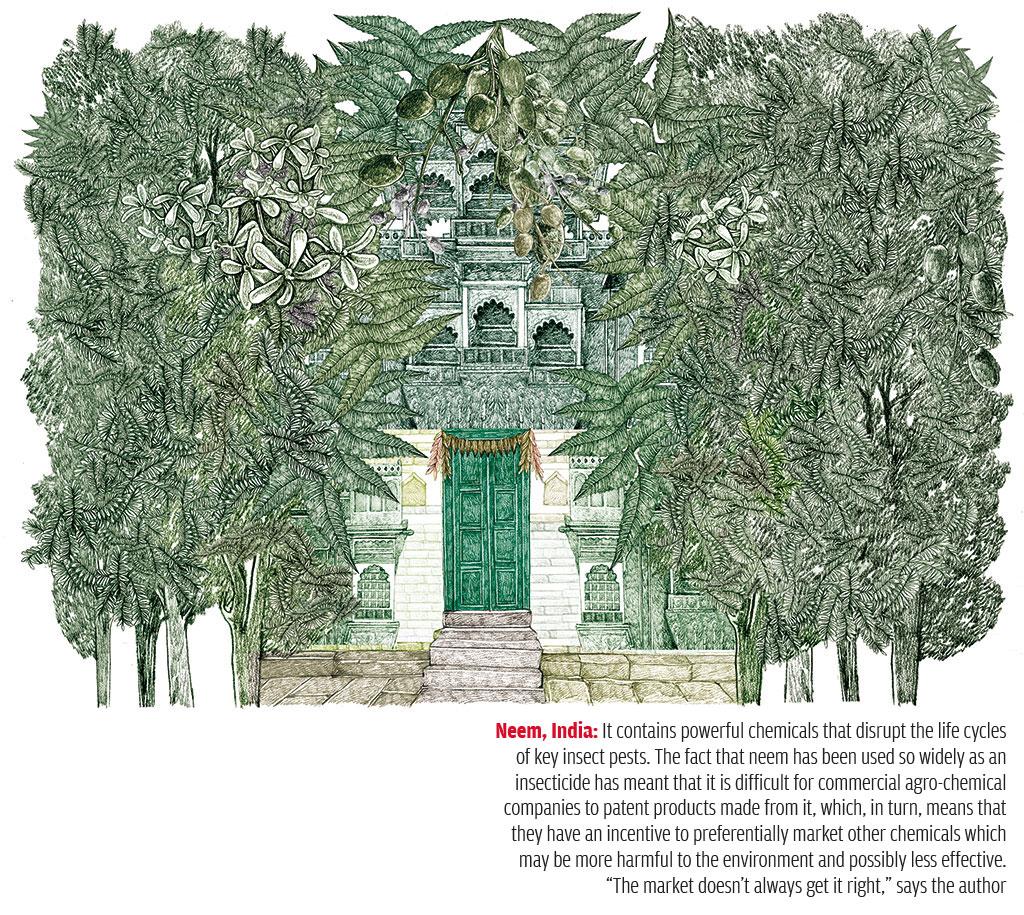 Do you have a personal favourite origin story of a tree that you find fascinating?

The Wollemi pine of Australia was known only from the fossil records and was assumed to be extinct. Then in 1994, a colony of trees was discovered, alive and well, in a secluded valley just 150 km from Sydney. It was the botanical equivalent of coming across a little dinosaur trotting around! 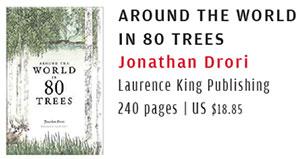 (This review was first published in the 16-31st July issue of Down To Earth under the headline 'Speaking trees').