The European Union (EU) road show to attract Indian scientists and forge collaborations with India concluded recently. During this event, EU representatives travelled to 31 cities across the country. Dinsa Sachan spoke to Ramesh Pillai, a group leader at the European Molecular Biology Laboratory in France, on the sidelines of a conference organised by the EU in Delhi. Pillai is one of the few Indian scientists to have been granted the 2 million Euro (about Rs 10 crore) European Research Council grant. His research involves studying how the genome interacts with the environment. Excerpts: 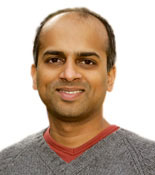 The EU has been aggressively promoting collaboration with India in R &D. Why India? And why now?

The EU has learned from the US, which capitalised on India's intellectual capital to its advantage. India produces so many science graduates—it's a huge base of manpower. The EU produces fewer science graduates in comparison. The EU has also realised that talent is not restricted to one place. There are talented people outside Europe—in Asia and Africa. We want to hire the best in the world. That's what the US has been doing, and they've benefited from it immensely.

What about the quality of Indian science graduates?

We get a lot of quality applications for our group from Indian PhD holders. They just need right opportunities.

What's in it for India?

Indian scientists get international exposure and access to high-end technology, which is absent in a lot of research institutes here. Even premier places like Centre for Cellular and Molecular Biology at Hyderabad and the Indian Institute of Science Education and Research   don't provide that kind of international exposure. When these scientists come back to India, their institutes can benefit from their expertise.

But Indians don't often come back. Why is that?

India doesn't offer many good positions. Laboratories are not top-notch and bureaucratic issues hamper some institutes' functioning. That's why Indian scientists often don't go back. We can learn from China. The top institutes in China have a stringent policy. They regularly evaluate their scientists' productivity. If, say in five years, a scientist fails to produce the required number of publications, he or she is shown the door. This is why Chinese R&D labs are much more competitive and dynamic. Indian labs, on the other hand, are more laid back. Some institutes do evaluate their scientists' work, but the regulations are quite relaxed again.

How can Indian R&D labs emulate their Chinese counterparts?

Like I said, there should be stringent productivity monitoring regularly. Jobs in Indian research institutes are generally permanent. They should be on contract basis.

The ERC grant is one of its kind, and very few Indians are able to get it. How did you succeed?

I nailed it in my second attempt. One of the things that worked in my favour was the diverse experience I have gained in different scientific environments in India, Switzerland and France. As many as 300 five-year grants are given worldwide. There's tough competition for them. About seven Indians have the grant currently.

How has the grant helped?

The biggest advantage is being able to expand my group and hire more specialists. I began with a team of seven, and now we're 15. You don't waste time on (filling) grant applications—that's a huge relief.