`Indian cuisine is rediscovering itself'

Ethnic Indian food is reinventing itself, says Colleen Taylor Sen, considered to be one of the leading historians on Indian and South Asian food. She speaks to Rajat Ghai on the transformation of Indian cuisine, how traditional recipes and street food are undergoing resurgence, and why Indian food in other countries has not been marketed properly 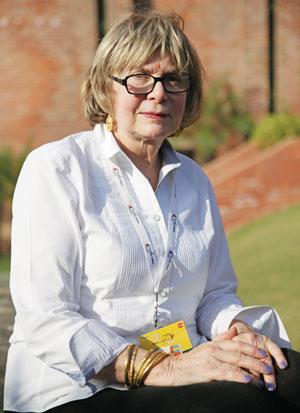 How would you define traditional Indian food? Is there really something called "Indian Food" given that the definition and scope of India has itself undergone substantial changes over the centuries?

It is indeed difficult to talk about Indian cuisine as a monolithic entity. Just like there cannot be one single European cuisine—the Hungarian will be different from the Italian, which in turn will be different from the Spanish. India is a more difficult case. You have eight religions and their food customs. There is also diversity in climatic conditions. So it is not possible to say that there is one Indian cuisine. Still, there are some things that are common. For instance, the use of spices; the only exception being food from Northeast India, where spices do not figure much. Most spices are native to India—turmeric and black pepper; cumin and coriander emerged a bit later.

Another thing that is very old and common to all Indian cuisines is the eggplant. The eggplant is native to India and spread from here to all parts of the globe. It is India’s great gift to the world. Some grains like millets and lentils are also indigenous to India. Again, though the use of lentils is common to all Indian cuisines, states in the Northeast, largely, do not use lentils. A common factor is the pattern of an Indian meal: you have starch, usually rice, wheat or millets and the accompanying dishes.

As far as food exchange is concerned, India has always been at the centre of the global economy. The Indus Valley had contacts with the Middle East. Ancient India interacted with China, especially when Buddhism was founded. Chinese pilgrims to India introduced fruits such as the peach. In Northeast India, you can see Chinese influence in the use of sticky rice and soy sauce.

During the Delhi Sultanate period, we had savouries like the samosa (originally sambusak). There was also the Columbian Exchange during the Age of Discovery. So you had items like tomatoes, potatoes, chilies and pineapples being discovered in the Americas and introduced to India by the Europeans. Today, it is hard to imagine Indian food without these vegetables. In return, India gave the mango to the rest of the world.

Do you think traditional Indian cuisines have been put to threat by globalisation?

No. It is just the opposite actually. What I find exciting in India, especially in Delhi, is the profusion of ethnic restaurants. During my stay here, I went to "The Yeti", which serves food from Nepal, Bhutan and Tibet. You also have restaurants serving Bihari and Assamese food.

Ironically, about 30 years ago, it was hard to find a restaurant serving Bengali food in Kolkata (my husband is a Bengali). Now there are over a dozen. People are rediscovering their own cuisine and are resurrecting old dishes. They are also doing research into old cuisines and studying old cookbooks. I met this PhD student the US, who is going through the archives of the Royal House of Patiala to rediscover old Punjabi recipes. So there is a lot of interest in reviving regional cuisines. Hence, I think we are in the midst of a revival of regional cuisines.

What do you make of street food in India?

I think street food in India too is undergoing resurgence. It is getting sanitised and more hygienic. But I have found that the expensive places offering street food are not half as good as the cheap ones sold on the street.

What do you make of the beef controversy and the politics of vegetarianism?

I don’t want to comment as politics is beyond my scope. But I do wish to say that while Jains and Buddhists were vegetarian, there were the seeds of vegetarianism even in the Vedic religion. There are certain verses that I quote in my book Fasts and Feasts, which says that it is good not to eat meat.

Moreover, compare the Indian civilisation to other civilisations: the Aztecs, the Mayans, the Egyptians and the Mesopotamians. What brilliance was it for someone to realise that animals suffer too? How could they not see that an animal also feels and suffers? This is the only country where people noticed that.

How can Indian cuisine become popular globally as Chinese or Mexican food?

I can only comment on the situation in the UK and the US, with which I am acquainted with. In the UK, which shares a long history with India, it is very much a part of British consciousness and they appreciate it at a very high level. But in the US, Indian cuisine has not really caught on, as compared to Chinese, Thai and Mexican food, which are very popular. In that case, Indian food should be more popular, but for some reason it isn’t.

One reason could be the experimentation going on in India itself. There are not many ethnic Indian restaurants in the US. This is very strange because the more affluent a community, the more it starts demanding, which is true for food too. But this has not happened with Indian food. It is stuck where it was 30-40 years ago. The only places where one sees good Indian restaurants are ones where the newer immigrants settled down: Silicon Valley and New York. But still, they are not part of the mainstream American consciousness.