‘Due to the Amazon fires, we will lose the battle against climate change’

Down To Earth speaks to Aline Carrara, Brazilian researcher, social scientist and conservation practitioner with a focus on Amazonia about the Amazon fires 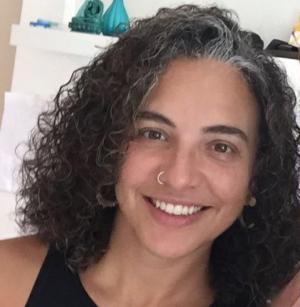 There has been an outpouring of emotions globally in response to the fires in the Amazon. Down To Earth spoke to Brazilian researcher, social scientist and conservation practitioner with a focus on Amazonia, Aline Carrara, to get a sense of what exactly is happening on the ground in the region. Excerpts…

The question that is uppermost in many minds: Why did these fires start in the first place?

In Amazonia, fires occur annually during the dry season and tend to be intensified during extreme droughts associated with the El Niño Southern Oscillation (ENSO) phenomena. Fires are used to clear deforested areas after illegal logging activities, by ranchers and farmers as an agriculture technology to repair soil conditions, restore soil nutrients, prepare fields for crops and are usually intensified during extreme drought conditions.

Most reports from the region say the fires have been started by ranchers and farmers who want to develop the area for beef and soy. Please explain.

Around 162 million hectares of land distributed in 2.5 million rural properties are used for almost 215 million cattle. Only in the first trimester of 2019, around 8 million cattle were slaughtered legally (not counting the informal cattle economy).

Almost 10 million hectares of land are used to produce around 33 million tonnes of soy beans (harvest 2018/2019). When combined, these sectors are responsible for 20 per cent of the national Gross Domestic Product (2018).

Besides its economic relevance, a wealthy landholder elite, who also happen to be Congressmen, place the agribusiness sector as a major political instrument for power and influence in the Brazilian Congress. These politicians have had their political campaigns paid by large multinationals such as Bunge, Cargill and JBS.

These sectors, together with infrastructure (roads and hydropower dams) and mining enterprises have also been responsible for land conflicts. According to the Global Witness (2016), Brazil ranked first for the number of deaths due to land conflict.

Is there any evidence to prove the allegation that there was a ‘Day of Fire’ – a specific day when farmers and ranchers started fires to show to President Bolsonaro that they were ready to clear the land specifically for ranching and farming?

As I informed above, the cycle of fire happens annually in Amazonia. The new aspect is that this time it seems to have occurred as a consequence of an organised and orchestrated act.

According to Sabrina Rodrigues (OECO), on August 5, 2019, a local newspaper of Novo Progresso (a municipality located in the south of Pará state) published a note informing that ranchers were organising the Day of Fire for August 10. Local authorities formally informed the Brazilian Institute for Environmental and Natural Resources (IBAMA) on August 8 calling for action.

The Minister of Justice, Sergio Moro denied support. On August 26, the Minister of the Environment, Ricardo Salles publicly stated that National Force was aware of the Day of Fire.

The dialogue through WhatsApp with a leaders of local ranchers stated: “The ranchers want August 10 to call attention of the authorities (…) for us to work we need to cut down the trees and the only way is by using fire”. In fact the National Institute of Spatial Research (INPE) showed that the fires have intensified from August 10.

In Novo Progresso, the fire increased 300 per cent from the previous day. In other municipalities in the same state, such as Altamira and São Félix do Xingu, the fires increased 179 per cent and 328 per cent respectively in three days. The Governor of Pará has publicly stated that ranchers provoked these fires. The Brazilian Federal Police, as well as Brazil’s federal prosecutors are still investigating.

What do you think of the G7 offer of $20 million for the Amazon?

I agree that the amount is low — less than one per cent of California’s annual budget for fire protection. However, I believe that this offer was strategically symbolic to mobilise efforts through the G7 aiming to increase pressure over the Brazilian government, who has not taken action.

It is also important to note that the G7 nations hold relevant responsibility over the climate crisis, given their own development and economic agendas.

Peter Brannen has written in The Atlantic that the Amazon is not really the 'lungs of the Earth', that humans would still have oxygen even if everything on this earth burn down. Do you agree?

As a social scientist, I believe that positivistic studies such as this derive from a very anthropocentric point of view and thus leave out a lot of the relational complexity of earth systems without considering intersections such as environmental justice and unequal development. I, myself, am more aligned with a biocentrism perspective.

I do agree, however, that calling Amazonia the Lung of the Planet is a misleading metaphor, since it is responsible for around six per cent of the total oxygen. Besides we have scientific data informing the role of oceans in providing oxygen.

The role of Amazonia in storing carbon dioxide makes it an important carbon sink given its dimensions, which ultimately contributes to climate regulation.

Many physical scientists have informed we are getting closer to a ‘tipping-point’, a forest dieback, which will ultimately lead to ‘savannisation’ and desertification of the tropical forest, flipping these forests from carbon sinks to carbon sources.

President Bolsonaro has angrily rejected the offers of help from other nations. He says the Amazon belongs to Brazil alone. Do you agree?

This is a tricky and interesting question. First, in order to contextualise, Bolsonaro is a far-right nationalist, climate change-denier who has explicitly declared exploitation of natural resources in Amazonia as a governmental goal.

The surprise is how fast his government is promoting environmental destruction, among other relevant issues, such as violations to human rights. That said, the use of an anti-neo-colonialism discourse serves strategically to prioritise deforestation.

Also, it is important to clarify that the Brazilian government has accepted help from US Republican lobbyists who are recruiting American companies to develop agribusiness and mining in Amazonia.

Second, the Amazonia biogeographic realm encompasses nine countries, and it is home to more than 400 ethnic groups. Its ecological functions to regulate micro and macroclimates, hydrological balance and endemic biodiversity have a global effect.

In this sense, it is imperative to think about how environmental and climate crisis may play out in the long run and may lead us to question the concept of nation-states and consequently of national sovereignty. If the destruction of Amazonia is of global concern, so should be levels of consumption and costs of embedded energy in industrial sectors, for example.

Last but not the least, there are ethnic groups that have been living in Amazonia since pre-Columbian times. If anyone is to be consulted about funds transfer, needs and international cooperation, both technically and financially, they ought to be included.

What would be the effect of these fires on the extraordinary biodiversity that is found in the Amazon?

Scientists have predicted that more than the extinction of 90 per cent of Amazonian species is yet to happen. Considering the current governmental pro-development agenda, chances are that this will occur at a faster pace than predicted.

What about the indigenous peoples of the Amazon? What will become of them? Do these fires mark the beginning of the end for them?

The importance of Amazonia’s biodiversity goes beyond its ecological functions.  The cultural heritage of Amazonia is of highest relevance. Indigenous societies have resisted contact for more than 500 years and are constantly adapting to encounters with modernity.

I honestly do not believe we are even close to the end for them. Quite the contrary, these societies hold knowledgeable skills to live and survive and will keep adapting.

It is imperative, however, that their legal safeguards are respected and their territories are officially demarcated. Furthermore, modern society needs to be aware of cultural and ethnical diversity as we live in a pluriversal dynamic and understand that there are alternatives to mainstream development.

By the time these fires are over, what will have the world lost?

I believe we are losing an opportunity to learn from nature. We will lose the battle against climate change. It will impact sea rising levels, disrupt ecological functions of other ecozones and increase pressure on vulnerable societies.

Moreover, we’ll lose biodiversity, hydrological security, traditional and natural medicine and cultural diversity. Many will lose the opportunity to know one of the most amazing places on Earth.