'Belgium does owe reparations to the Congo'

Down To Earth talks to American historian, Adam Hochschild about his book on King Leopold of Belgium whose reign is responsible for the deaths of millions in the Congo. The book is now being made into a Hollywood movie

Hollywood actor Ben Affleck has decided to make a movie on the notorious King Leopold II of Belgium under whom, the small European country colonised what is today known as the Democratic Republic of the Congo in the heart of Africa. The Congo Free State (1885-1908), ruled by Belgium, inflicted countless miseries on the native African population, including making them perform slave labour to harvest rubber. Leopold grew immensely rich but at the cost of millions of lives.

Down To Earth spoke to American author, journalist and historian, Adam Hochschild, about his 1998 book 'King Leopold's Ghost', based on which the screenplay of the movie to be directed by Affleck and produced by Martin Scorsese would be based. Edited excerpts.

Your first reaction to the news that Ben Affleck is making a movie with a screenplay based on King Leopold’s Ghost?

I’m delighted. Both because he’s a very talented director, and because he obviously cares about that part of the world. Some ten years ago he started, and has largely funded, the Eastern Congo Initiative, which supports a number of self-help and development projects in the most war-torn part of this long-suffering country. I’ve seen some of these first-hand.

Historical depictions in mass media often run the risk of having compromised accuracy due to the so-called artistic licence. Do you think Affleck might take liberties while transforming your book into a movie?

This is inevitable when films about history are made. The most important thing, I think, is to stay true not necessarily to the letter of what happened, but to the spirit.

You wrote this book back in 1998-99. At the time, the Congo had just emerged from the brutal rule of President Mobutu. Was it the optimism of the time that made you think of writing this book about how the country had been wronged in the past?

I actually started research for the book in 1994, and it was published in the U.S. and several other countries in 1998. Editions in several more countries followed later. Although many of us were certainly glad to see Mobutu deposed, what attracted me to the history of that much earlier time was the vastness of the suffering and injustice, the bravery of the people — Congolese, American, European — who tried to do something about it, and the remarkable way the world had forgotten about all this.

Twenty years later, the Congo is still grappling with war and disease. Are the brutalities of the Congo Free State and Mobutu’s Zaire (1965-1997) responsible for the mess that it is in or is that too simplistic an explanation?

The troubles of today’s Congo have many roots. One, certainly, is the territory’s long history of brutal exploitation, first during Leopold’s rule and then, somewhat moderated, as the Belgian Congo. Then came Mobutu’s 32-year dictatorship when — with strong American and European support for most of his reign — he robbed the country of billions and let roads, railways, hospitals, schools, molder away, often into nothing. Any country, anywhere, would have trouble recovering from a history like that. And then, on top of all of that, there’s the inherent difficulty of welding a nation-state out of a vast territory of people speaking hundreds of languages. The Kabila dynasty, which, indirectly, still controls the country, has accomplished little and continued some of the plundering.

Is there anything in the childhood or early adolescence of King Leopold which can point to his later actions in the Congo?

He certainly was frustrated at becoming a king at a time when it wasn’t so much fun to be a monarch any more, because you had to share power, increasingly, with parliament and voters. So he wanted some part of the world where he could have absolute power. 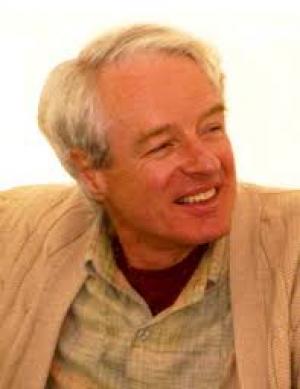 I would like to know your views on the death toll in the Free State due to Leopold’s policies. You devoted an entire chapter to this in your book. How many people, do you think, died?

I seen no reason to change anything I wrote in that chapter. We’ll never know the death toll, however, with any precision. But — and in putting together this very rough estimate, the scholars I cited were almost entirely Belgian or Belgian-born — I believe that between 1880 and 1920 the population of the territory probably shrank by as many as 10 million people. Those 40 years include Leopold’s rule, the few years before then when he was first getting his hands on the territory, and the dozen years after his rule when the system he put in place did not change drastically. From 1920 on, you can actually find Belgian colonial officials on paper saying that if the population keeps shrinking, they fear they’ll have no labor force left. That shrinkage, incidentally, was not entirely due to premature deaths. When, as under the rubber slavery system, women are held hostage and men are turned into forced laborers, people stop having children.

How was Leopold’s relationship with the media of his day? Much has been written about his deft use of propaganda.

He was one of the most brilliant users of propaganda ever. He could have taught today’s American tobacco companies or the world’s multinational oil companies a few lessons in how to manipulate the media for greedy ends. Not that they aren’t already skilled in doing that.

Who among the following — Joseph Conrad, Roger Casement, E D Morel and Mark Twain — played the most important role in revealing the reality of Leopold’s Congo to the world?

I think they all get credit — as do the brave Congolese, who, against impossible odds, repeatedly staged mutinies and revolts against Leopold’s regime.

Does Belgium owe reparations to the Congo?

Yes. As do the other colonial powers — and in that list I include the United States, because of its rule over the Philippines and its repeated interventions in the Caribbean and Central America — to the parts of the world they’ve exploited. To work out a fair and just way of making those reparations is not easy, however.

Far right nationalist leaders globally, and especially in the West, often point fingers at African countries, whose inhabitants, they allege, are flooding the western world. To this, critics answer that the migrants “are here because you were there”. In other words, the plunder of Africa by the West is responsible for mass migration from the continent. Would you agree?

I think that’s one factor, certainly, that accounts for the migration. But there are several others. For centuries, people have often migrated from poor areas with few jobs to rich areas with more jobs — whether that’s within one country or between countries or continents. Even during the harshest years of apartheid, people from surrounding countries sought work in South Africa, for instance. And today another force that’s increasingly driving mass migration is the climate crisis. If all the major countries continue to do so little to address this, equatorial areas across the globe where hundreds of millions of people live are eventually going to become uninhabitable. We’ll see migration like we’ve never seen before.