'UN does not have real powers to execute its decisions'

As the United Nations observes 100 years of the International Civil Service, Down To Earth speaks to Henning Melber of the University of Pretoria about the UN's relevance in today's world 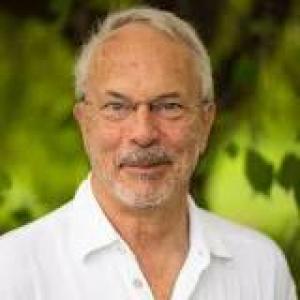 On April 24, the United Nations celebrated 100 years of the International Civil Service, which came into existence with the signing of the Versailles Peace Conference during 1919 and the subsequent establishment of the League of Nations in January 1920. Henning Melber, Extraordinary Professor of the Department of Political Sciences at the University of Pretoria and author of Dag Hammarskjöld, the United Nations, and the Decolonisation of Africa, talks about the global body's relevance in the world of today. Excerpts...

Q. The International Civil Service was set up 100 years ago when the world was more unequal and colonised than today. How relevant is it in today’s globalised world?

Our globalised world has reproduced the asymmetric power relations in modified forms. Inequality (and external influences, though not in the “classical” colonial form) remain a daily occurrence. And the globalised lifestyle has become an even more common and accepted form of colonial dominance (called the Anthropocene) of human beings imposing themselves and exploiting nature.

The International Civil Service (ICS) was established as an integral part of the adoption of global normative remarks, developed further since the establishment of the United Nations (UN). Norms and values, despite being ratified and hence formally adopted by states through their governments, remain illusive if there is no implementation. For this, an ICS is a necessary instrument, provided it understands its role in the promotion of these values independent of individual interests among the global players. I therefore, would argue that an ICS is as relevant (if not more relevant) in our world today, to mediate and to bridge divides.

It is often said that the UN is useless. I disagree. While many of the normative frameworks adopted are not implemented with the necessary consequence, they nevertheless make a difference. Our world would not be a better one without the UN. The conventions and frameworks do make a difference insofar as they create reference points and allow for naming and shaming. Civil society can make use of the normative values accepted and mobilise. Indigenous rights, for example, do matter and have occasionally also improved the situation of indigenous people who were able to use the norms in court cases. The ban on landmines has not eliminated the production and use of landmines but at least reduced their spread. Women’s rights do matter, despite women still being discriminated against and exploited. I therefore agree with what Dag Hammarskjöld (UN secretary-general between 1953-61) once said: “The United Nations was not created to take mankind to heaven, but to save humanity from hell.”

Q. Why do we need an international civil service when all sovereign countries have designated ministries for international relations?

For exactly the reasons that ministries usually pursue the interest policy of the governments and states they represent. These interests are particular ones and not necessarily promoting global public goods. They follow a domestic agenda and its priorities, often in contrast if not in contradiction to the global norms adopted. International relations are therefore guided by national interests and often lack the necessary responsibility towards a global contract serving the benefit of all.

Q. Climate change is one of the biggest threats in today’s world. Yet countries have so far not been able to come to a unified plan to mitigate or adapt to it. Do you think the UN has failed in this respect?

The problem of the UN is that it does not have any real power to execute decisions and norms adopted, with the few exceptions of mandates by the UN Security Council. Therefore, the conventions adopted in response to climate change are all based — like Agenda 2030 — on a voluntary nature to comply with the set targets and goals. This means that ratification does not imply a commitment which is subject to scrutiny with sanctions following, if the policy does not abide and achieve the obligations. I would therefore argue that the UN has failed because its Member States have failed. One should not blame the UN for matters, which have their root cause in individual states and their selfish policies. These states do not surrender power to the UN for exactly the reason that they do want to keep their agenda setting autonomy even if it is in violation of global agreements entered.

Q. What are the changes, if any, do you think the UN needs today?

The UN would benefit from a stronger general awareness that it is needed and that governments should, by demand of their citizens, comply with the normative frameworks accepted. This means that the UN should become much more a matter of domestic policy and should feature for example in national election campaigns. To which extent, I wonder, does the UN and the norms the Indian government has subscribed to feature in the current elections? To which extent are the voters aware of the issues and the commitments by the government? The lack of such information and the absence of its policy relevance is one of the problems the UN faces. While the Preamble of the UN Charter begins with “We the peoples”, the peoples of our world hardly ever have any direct affinity to the UN and its noble goals, and therefore also do not hold their governments accountable. Therefore, a change in public awareness and its impact on domestic policy would in my view be an important element to strengthen the UN. Secondly, the UN should try to obtain more autonomy from the Member States and have a mandate that empowers it to impose sanctions more often and a moral and ethical responsibility to follow up on decisions endorsed. I am afraid, however, that Member States are for all the reasons above, not willing to empower the UN more, since it might become inconvenient for their own policies.