‘Growth of affluent Indian kids on par with developed countries’

Nita Bhandari, an internationally recognised public health researcher, spoke to Down To Earth on how India was selected for the WHO study and its relevance 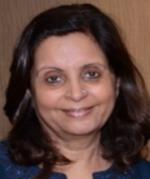 If Indian children are given ideal situations — a healthy environment, nutritious diet, minimum exposure to infections — they can develop similarly as kids living in developed countries, according to a recent World Health Organization (WHO) study.

The study, conducted between 1997 and 2003 measured malnutrition across the globe, included children from 58 affluent South Delhi localities. The study followed children from birth to 24 months.

“Indian infants following ideal feeding recommendations and living in environment without any constraints can have growth equal to children in developed countries,” revealed the study.

The rate of malnutrition in India has been stubbornly high. One in every three children in the country is malnourished, according to WHO.

Around 38.4 per cent children were stunted (chronic malnutrition), 38.4 per cent were underweight, shows a recently released report Food and Nutrition Security Analysis, India 2019.

The prevalence of acute malnutrition or wasting has increased in last 10 years from 19.8 per cent to 21.0 per cent, reveals the report prepared by the Government of India and United Nations’s World Food Programme.

In such a scenario, WHO’s multi-centre growth reference study (MGRS) to develop growth standard for children worldwide, kindles hope for children in India.

Down To Earth spoke to Nita Bhandari, an internationally recognised public health researcher and the lead researcher of the WHO study, on the selection of India for the study as well as its relevance.

How was India selected for the WHO study?

In 1990, WHO’s department of nutrition, established a working group to review the anthropometry references — scientific study of the measurements and proportions of the human body — which were used at that time to track the growth of children.

The working group recommended new standards that would be “prescriptive” and to include children who would follow optimal nutrition and health care practices and have no environmental constraints to growth.

A decision was taken to launch the MGRS that would have representation from children living in different parts of the world.

The WHO identified sites in six countries — the US, Norway, Brazil, Ghana, Oman and India. In India, a cross-sectional survey was conducted in affluent colonies in New Delhi, based on the above criteria.

The survey demonstrated that there were children in Delhi had growth performance similar to those in developed countries.

How did you select the samples?

The study required follow up of 300 newborns from birth to 24 months through 21 home visits. Additionally, anthropometric measurements were required from 1,400 children aged 14-71 months.

In India, a door-to-door survey was done in over 110,000 households in 58 affluent colonies of South Delhi to identify pregnant women and children aged 18 to 71 months.

What was your experience, challenges of conducting the research?

It was a wonderful and enriching experience to be part of this landmark multi-country study. Some challenges were:

What is the importance of the study for India?

This study showed that Indian infants who follow the ideal feeding recommendations and live in an environment without any constraints grow similar to those in developed countries.

It was an honour to be selected for participation as several south-east Asian countries were applicants.

Do you think there is need to revisit those samples again to know their existing health challenges?

It would have been ideal to contact the infants to look at long-term outcomes: Physical, mental and metabolic. However, at that time, resources and approvals were not available so the idea was abandoned.