`Eating chicken is like taking a course of antibiotics'

Devi Shetty, cardiac surgeon and founder of Narayana Health, has seen increasing cases of antibiotic resistance at his hospital. Even those who had never taken antibiotics are reporting it. Edited excerpts from an interview 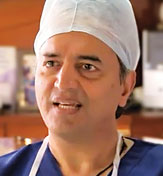 How does antibiotic resistance affect treatment of patients?

We are essentially going back to the pre-penicillin era. During the World Wars, soldiers used to succumb to even minor injuries because there were no effective antibiotics. Today, a plenty of antibiotics are available but a majority are not effective because bacteria have developed resistance towards them. This is a major crisis that is going to hit the health sector. We may do fancy operations and life-saving procedures on the heart and brain. People may sustain minor bruises and injuries. But all of them can die due to an infection by a bacteria that is resistant to antibiotics. Every country is vulnerable to this problem, which is going to strike the world in near future.

Fortunately, or unfortunately, wealthy countries are more vulnerable than poor countries, because they are the ones abusing the antibiotics.

What is the extent and severity of the problem?

What do you think has triggered its emergence and spread?

The spread is because our everyday food is contaminated with antibiotics. When we eat chicken, it is like taking a course of antibiotics. Fish and honey also contain antibiotics. Virtually all food has antibiotics. This was the case in Western countries. They took measures to control it. We need to do the same.

Does the existing scientific knowledge establish the connection between antibiotic resistance and food?

If we find bacteria like ESBL in the gut of somebody who has never stepped into a hospital nor taken antibiotics, then there is only one source of bacteria they could have got it from, and that is from the food. I can't think of any other source which could have given them enough antibiotics to produce resistance.

What should the government and the industry do to respond to this increase in resistance?

First of all, we do not have to reinvent the wheel. All we have to do is follow what Europe has done. There are standard protocols in many parts of the world about antibiotic usage in poultry farming. The protocols ensure that there is no trace of antibiotic when humans consume this food. We just have to implement it in our country.

So, where do you think is the hurdle?

There is really no hurdle. It is just that the government needs data and this data should come from a responsible body like CSE. When the government approaches the industry with regulations, the industry will be unhappy to some extent. They have one way of functioning, and regulations are going to disrupt that. But in the long term they will obviously be happy.

Now, the government should be empowered with data from India. Before this study, there was no such data. The data will clearly show the magnitude of the problem of food contamination with antibiotics. Now the government can safely face the industry and say that we have the data to prove that this is the amount of antibiotics that is present in chicken or fish or honey. This will help the government take action.

What more can be done?

Citizens should be educated about what they are eating, what does their food contain, and what are the consequences. Because ultimately changes don't happen by the government or the policy makers.They are brought out by the citizens. So we should make every effort to educate people about the consequences of antibiotic abuse.