The second batch of bidding for photovoltaic projects totalling 350 MW capacity in December under the national solar mission witnessed something unprecedented. A company called Solairedirect bagged a project quoting an unheard tariff rate of Rs 7.49 per unit. This rate was 50 per cent lower than the benchmark tariff of Rs 15.39 per unit fixed by the Central Electricity Regulatory Commission (CERC). Solairedirect’s bid is considered unsustainable by many established players. Ankur Paliwal caught up with Gaurav Sood, managing director of the company at a trade event in Jaipur. Excerpts of the interview: 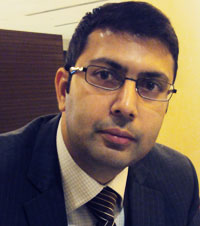 What is Solairedirect all about?

Solairedirect is the largest privately owned independent solar power producer in France and specialises in the development, design, engineering, financing, construction, ownership and operation of solar photovoltaic (PV) power generation plants, including the manufacture of PV modules. The company was founded in 2006 and has over 300 staff worldwide. Its turnover was €160 million and €220 million in 2010 and 2011 respectively. The company has constructed and operates about 120MW solar PV projects across 3 business segments—solar   parks, commercial roof-tops and residential roof-tops. The company has a presence in France, India, South Africa, Thailand, Chile and Morocco and plans to construct about 150MW solar PV plants this year across all these countries.

The company bid the lowest in batch 2 bidding under the Jawaharlal Nehru National Solar Mission (JNNSM). Many established players in the field think such bidding is unsustainable. What’s your opinion?

Our aim is to become the most competitive solar power producer. To produce the most competitive power, you need to control the two cost levers, capital expenditure (cost of buying equipment) and cost of financing (loans). Solairedirect being an integrated player, involved from development to system engineering and design to construction to financing and operations, is able to reduce cost at every step in the value chain. On lowering cost of financing (which forms about 60 per cent of cost of a kWh), the approach is to make the projects highly bankable by risk mitigation across all aspects—bankable engineering procurement, construction, operation, maintenance contracts and most importantly reducing the regulatory risk by bidding at a tariff closer to the grid price. This helps in structuring solar power projects as risk-free investment which attracts long-term investors with low return expectations. We are very confident that we will prove our business model in India as this is a tested and successfully proven model with a track record of 120MW solar PV projects built and under operation in France.

Where is your plant site and at what stage is the project?

We will set up a plant in Rajasthan. The agreement was signed on January 25 and the completion deadline is February 2013. We are in the initial stages of the project and are in the process of getting land allocated for this project.

What is your assessment on falling PV prices? Do you think they will fall further or will stabilise in coming months?

The PV module prices have fallen by more than 50 per cent in the past two years. At current polysilicon and module prices, all players in the value chain are making losses. So this situation cannot continue for long. Actually, over the past few months there has been a price stabilisation and even some bounce back as suppliers have cut down on production, thereby, reducing the demand-supply gap. From a long-term perspective, the prices seem to have bottomed-out (industry will see consolidation on the supply side and demand from new markets like India, South Africa and China will reduce the demand supply gap) and will not reduce further. Although, in the short-term, with the new announcement of possible (20–30 per cent) tariff reduction in Germany (the largest solar PV market), there could be further price reduction.

What’s your opinion about mandating domestic content requirement under JNNSM? Is it helping the domestic industry or is it proving to be counterproductive?

If you see the technology deployment under JNNSM so far, 50 per cent is crystalline silicon and 50 per cent is thin-film. Globally, thin-film doesn’t constitute more than 10 per cent of the globally installed capacity, so India is an aberration. The reason for this aberration is not because thin-film is a superior (crystalline has a much longer operational track-record and is a more bankable technology) or is a more cost-effective technology, but more because of the fact that when you import thin-film, you are able to avail export-import financing (from respective countries) at lower financing cost, thereby making the project returns attractive. So the domestic content requirement as a pre-condition for crystalline technology, it has resulted in being counterproductive for the crystalline technology and as a result for the domestic industry as well which at present is only in the crystalline technology. We are very much in favour of using domestic content, but when your objective is to produce the most competitive kWh, the domestic industry needs to be competitive in line with global industry to enable it.