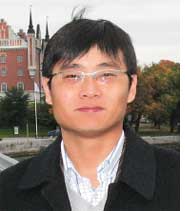 Guan Qingyou, the director of the energy and climate project at Beijing-based Tsinghua University's Centre for China Studies holds a view on climate change, which is somewhat at odds with his country's official stand. In an e-mail interview, he tells Mario D'Souza that as a top CO2 producer, China has a responsibility to reduce emissions

Should countries like China and India take up emissions reductions obligations?

There are mainly four reasons why China, and India as well, should consider obligations to cut their emissions. First, as developing countries with large populations, India and China will sooner or later suffer greatly from climate change, more seriously than any other country. I believe that China will be required to take more responsibility for climate change as both its economy and the emissions are growing at a high rate.It is advisable for China to take the initiative in preparing for such obligations, in both domestic and foreign policies as early as possible. Hence considering obligations to cut our emissions is necessary. Second, building a low-carbon economy will contribute a lot to the development of India and China. Taking on emissions obligations might mean payoffs such as advanced energy technology. Third, commitment to appropriate emissions obligations will provide India and China an opportunity to participate in international affairs and enlarge our influence in the new global cooperation system. Finally, the budget for combating the problems of climate change may not be as high as expected and I believe China can afford it.

What are your views on historical emissions?

My research colleagues and I do not suggest that developing countries abandon the concept of historical emissions. We do not suggest that countries such as India and China be placed on the same pedestal as developed countries. We insist on the Principle of Common and Differential Liability. We need to participate in the global endeavour to fight climate change; but historical emissions and the stage of development of countries must be the cornerstone of such cooperation. For example, supportive funding and technology from developed countries should be claimed by developing countries like India and China.

In the last year or so, many industrialized nations have called for a division among developing countries according to the stage of development. Your comments?

I would like to emphasize that we insist on the Principle of Common and Differential Liability. Although it is true that both India and China have achieved great progress in economy in the last decades, there are still many gaps between us and the developed countries. This is not only in respect of indices such as gdp per capita or per capita emissions, but also in the development levels of industry and technology. So, the division among developing countries should be based on the realistic economic indices. The rights of developing countries should not be jettisoned.

How should China cut its emissions?

First, the Clean Development Mechan-ism is a preferable means of international cooperation. The mechanism helps developing countries obtain funding and technologies while cutting emissions. Second, government support for energy-efficient technologies and industries is indispensable. And industries that are not energy-efficient should be banned gradually. Government investment in environment friendly technologies should also be the preferred choice considering the recession caused by the global financial crisis.

We should also look at the Carbon Fund. The fund finances and promotes the protection, restoration and enhancement of forests all over the world through carbon sequestration or other means. It has already achieved a lot of success in the West. The fund is a new comer in China and is operating in a limited manner in the country. But I believe it has a lot of potential.

Industrialized countries that have signed the Kyoto Protocol are committed to cut their emissions by 2012. Your comments on what if they fail to do so?

If industrialized countries fail to fulfil their commitments by 2012, it would mean that there are shortcomings in the current international cooperation mechanism either in their goals or in their implementation. As a result, there should be re-evaluation on the divisions of obligation in cutting emissions. But it would also mean that we reconstruct, or at least revise the international cooperation mechanism on a more realistic basis. In the end, we strongly believe that India and China need to cooperate in fighting the climate change, not only contribute to a better environment, but also to provide an equal and just global cooperation mechanism for developing countries.